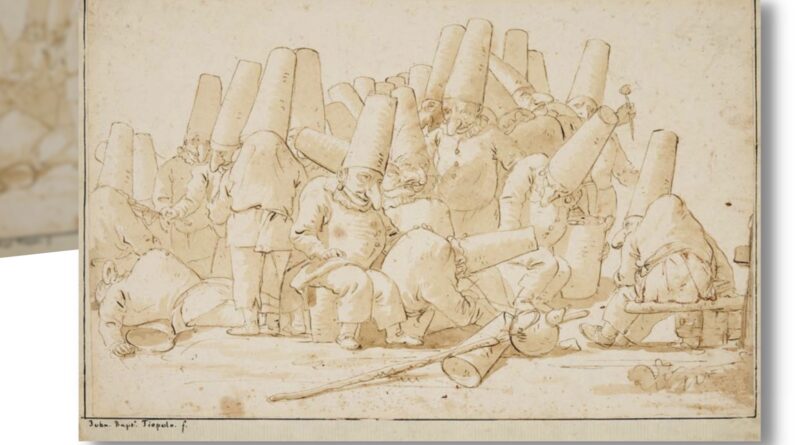 An important Old Master Drawing by one of the greatest decorative painters of the eighteenth century, the Italian artist Giovanni Battista Tiepolo (1696-1770), has been discovered in a country house in England.

The work was found by the famous literary family, the Sitwells while clearing out the family seat of more than 300 years, Weston Hall in Northamptonshire.

Speaking about the find, Henrietta Sitwell, one of the current generations of the Sitwells, said: “The drawing was purchased by my great uncle Osbert Sitwell in the great Henry Oppenheimer sale at Christies in 1936. No one seemed to know where it was, or even give it a second thought until one day last year when we were sorting through the many attics of Weston. We found it wrapped in bubble wrap, leaning against the wall. As I peeled back the wrapping, I instantly recognised it as something special (having studied history of art at university). This Tiepolo drawing is one of many exciting discoveries made in the attics of Weston Hall and it was thrilling to think that such a captivating and important work of art by such a revered Old Master was just lying there gathering dust over the years”. 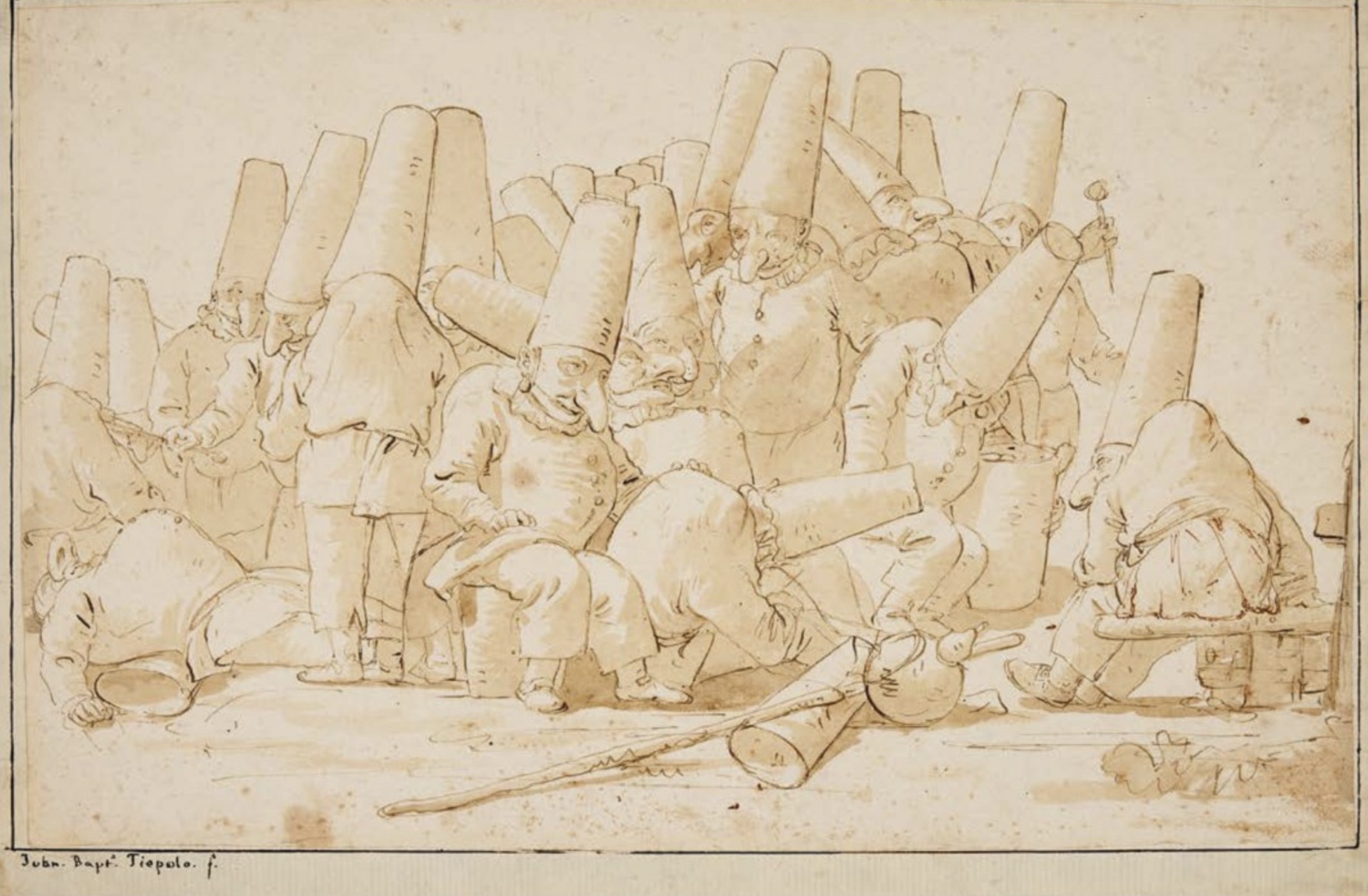 The work features Punchinello, the hook-nosed, humpbacked clowns who were one of the stock characters taken from the Commedia dell’ Arte, an early form of professional theatre, which began in Italy in the 16th century and became popular across Europe.

The character fascinated Tiepolo and he returned to the subject throughout his long career, depicting them gluttonous, preparing food, overeating, drinking, passing out from inebriation and suffering the digestive consequences of excessive consumption. They were inspired by the Venerdì Gnocolar, a tradition in Verona on the last Friday of Carnival, where gnocchi, wine and polenta is given out to the crowds in the main square by ‘Papà del Gnoco’.

Joe Robinson, Head of House Sales and Private Collections, said: “The re-discovery of the work by Tiepolo has probably been the most important find of the auction and we are delighted to be offering it for sale for the first time in over 80 yrs.  Walking through the attics was like uncovering an Egyptian tomb, with wonderful things emerging from layers of dust. It is so rare for a collection with such history and breadth to come to the market and I feel privileged to be involved in the unveiling of a true piece of forgotten history”.

The work will be offered in the two day sale titled Weston Hall and the Sitwells: A Family Legacy at  Dreweatts on Tuesday 16th and Wednesday 17th November, 2021. It has been given a conservative estimate of £150,000-£250,000 but due to the popularity of Tiepolo’s Punchinello works and the global interest in Tiepolo as an artist, it is expected to far exceed this.