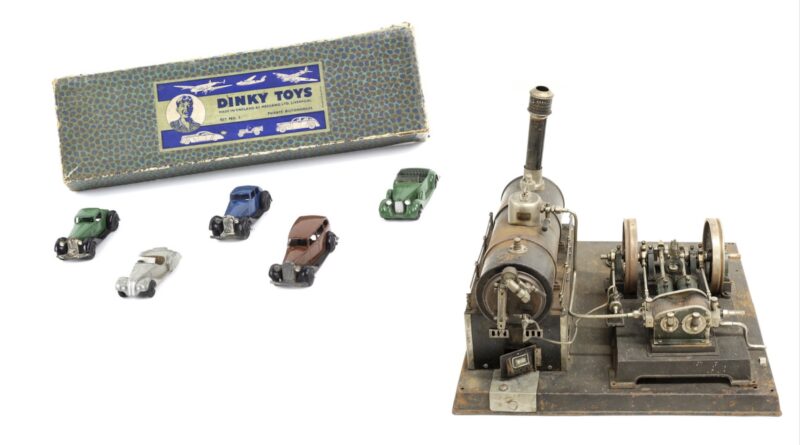 A rare set of Dinky toy cars bought in the late 1940s is set to be one of the highlight lots in the toys and models sale hosted by Ewbank’s in Surrey on November 17.

The Dinky Toys gift set is entitled Private Automobiles and is an export issue set, dated between 1947 and 1952. It was bought by the vendor in 1949 from a toy shop called Hatchett’s in Middlesex, and has been valued between £800 and £1,200 by the expert team at Ewbank’s. 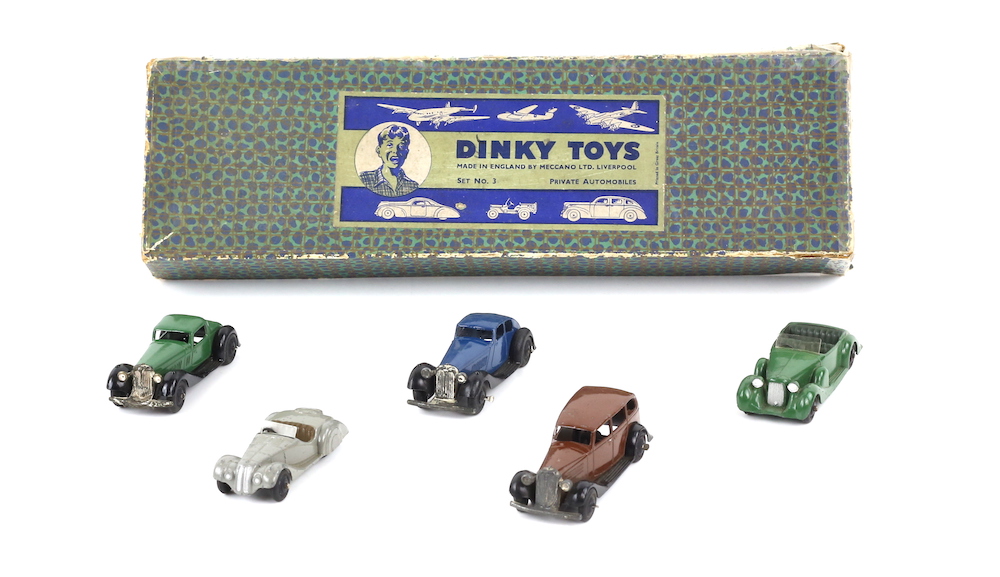 Cars and model trains are consistently among the most popular buys with collectors of vintage toys, and a rare Marklin compound steam engine is sure to garner huge interest. 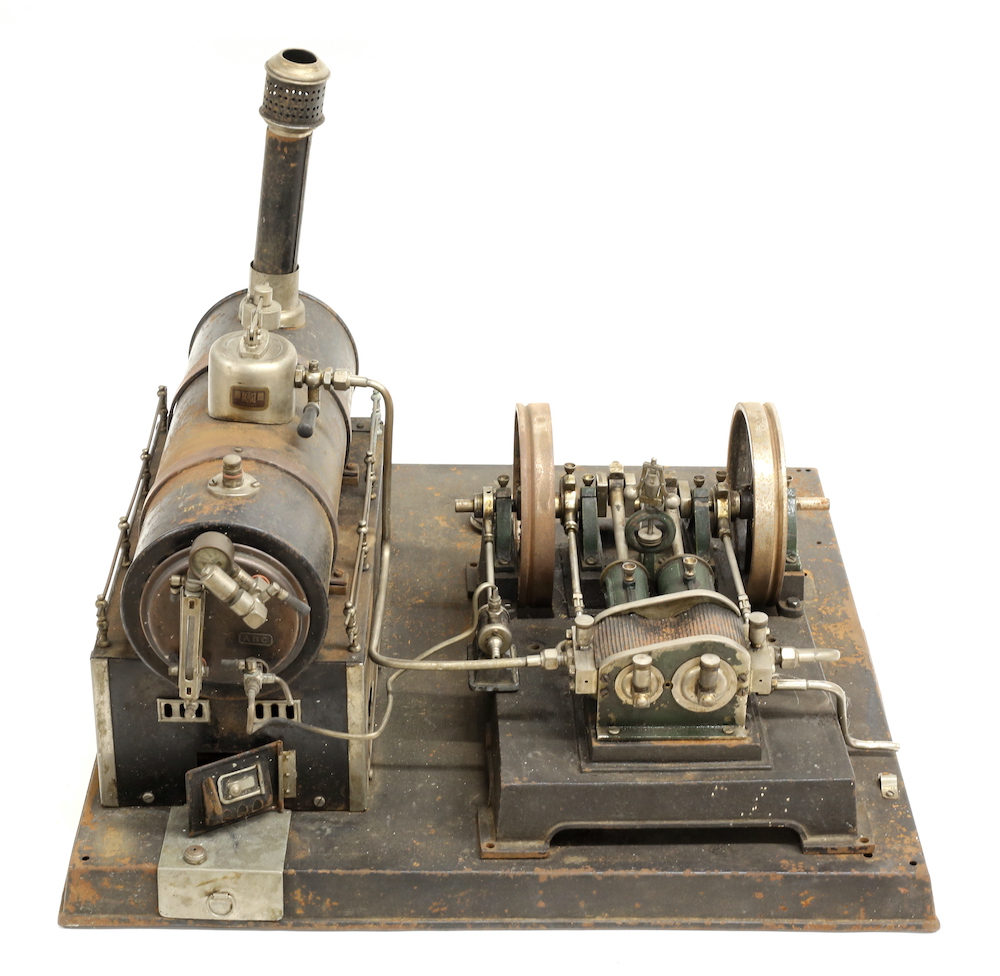 Dating from between 1919 and 1921, the engine, numbered 4158/94/11, has a pre-sale estimate of between £600 and £800. It has many features of note including a horizontal engine, high and low pressure cylinder and double-action slide valve. It was given to the current vendor by his father and by his father to him.

Another model sure to attract attention is a Markie Models live steam, spirit fired model of a showman’s road locomotive traction engine, which has been valued between £500 and £800. Measuring 45cm long, the model has a canopy advertising Osborne’s Amusements Albury Surrey, and is fitted with dynamo for electrical light.

LEGO and Star Wars are among two of the most successful franchises in the world, so when they come together, collectors take notice. Ewbank’s has a LEGO Star Wars 10134, Y-wing Attack Starfighter going under the hammer.

It is the original trilogy edition, comes boxed with instructions, and all pieces are in sealed perforated bags. It comes with a valuation of between £300 and £400.

Among the dolls in the sale is a Rumiko Nagata ‘My Little Mozart’ BRU type doll which carries a guide price of between £300 and £500. It has a bisque head and arms, a composition body, silk costume, mohair wig, glass eyes with miniature violin in case. It is signed and dated 1994 and stands 51cm high. The doll is being sold on behalf of the Princess Alice Hospice. 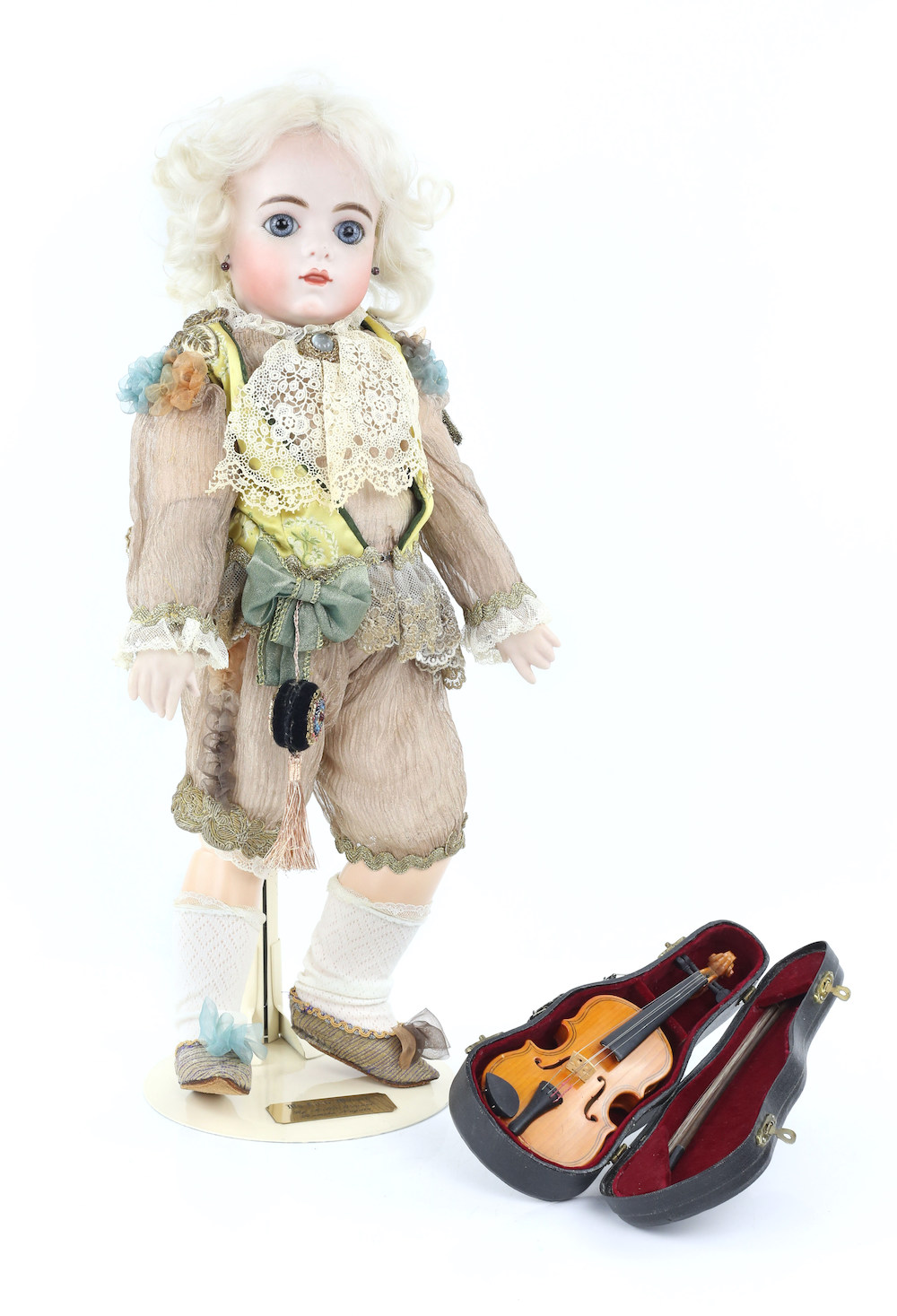 A French bisque shoulder head fashion doll with fixed blue glass eyes, and painted lashes, has been valued between £200 and £300. It is 32cm tall, has a swivel head to kid leather body, possibly by Francois Gaultier, and is wearing original Victorian day dress and undergarments