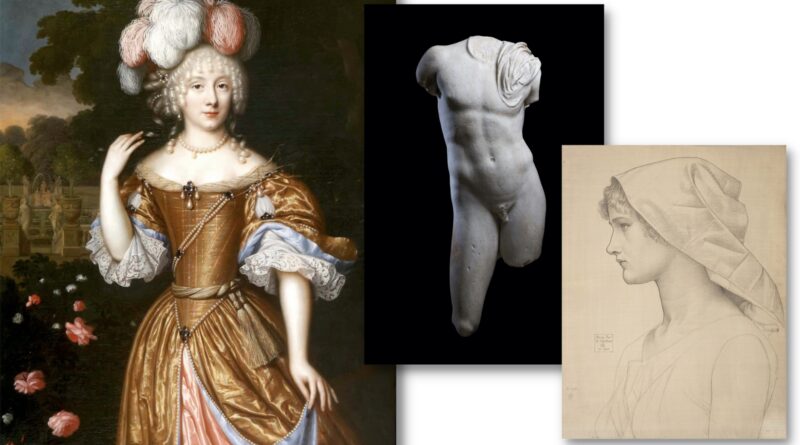 This Winter’s London Art Week from December 3-10 celebrates 40 exciting in-gallery and auction house exhibitions featuring works of art from ancient to modern with spectacular highlight works, and is accompanied by an enlightening programme of live and online talks, tours, and the third LAW Symposium.

LAW Digital exhibits up to 10 works online from every participant, plus editorials and videos. Past talks can be viewed here too.

This Winter, exhibitions span the typically broad variety on offer at London Art Week galleries. They include depictions of ancient warriors and warfare at Kallos Gallery and classical highlights at Galerie Chenel, while Sam Fogg focuses on Medieval saints and Georg Laue, Kunstkammer Ltd on princely objects.

Stephen Ongpin Fine Art will launch its new gallery in a townhouse in Mayfair with the exhibition From Giorgione to Picasso: Masterworks of Six Centuries; Colnaghi explores the significance of Naples as an art city; and Regency Silver is the theme at Koopman Rare Art.

Elliott Fine Art celebrates the Belle Époque; a career-encompassing show of Walter Sickert is at Piano Nobile; 20th century drawings and watercolours depicting the human figure can be viewed at Patrick Bourne & Co; a critically acclaimed collection of 70 works by one of the most eccentric illustrators, Alberto Martini, is shown at Laocoon Gallery; and Scottish art is showcased at The Fine Art Society.

An exhibition exploring the city’s enduring influence and greatest Old Masters, of which the centrepiece is a magnificent 18th century Neapolitan crèche, or presepe. With its large-scale carved and painted figures, animals and still-life elements, this remarkable work will be shown in its own room. First recorded in Lazio in the 13th century and connected with the Franciscan movement, by the 18th century presepi were a Neapolitan speciality. Essentially folk art, these wonderfully lifelike artistic productions, combining sculpture and painting, drew inspiration from the works of great 17th century Neapolitan painters – the religious paintings of Luca Giordano, the still lifes of Recco and Ruoppolo, as well as Caravaggio.

Caravaggio’s brief time in Naples (1606-7 and 1609-10) as a fugitive from justice after the famous tennis court murder, had a seminal influence on artists such as Ribera, Cavallino, Carracciolo and Mattia Preti, all of whom will have works in the present exhibition. Also included will be a group of landscapes of Naples, mainly by Northern artists during the heyday of the Grand Tour, when the legendary beauty of the city, described by John Evelyn as “the most magnificent of any in Europe”, inspired the famous saying “see Naples and die”. Naples, which runs from 1 December 2021 to 25 February 2022, is one of the first exhibitions in London in the past 40 years to be devoted to the Italian city and its art.

Sickert: The Theatre of Life – at Piano Nobile

In 1934, Virginia Woolf described Walter Sickert as “probably the best painter now living in England”. Among the sources of inspiration which sustained him over a long career, none won him so much acclaim and infamy as the human face and body. Eight decades after his death this exhibition brings together over 40 of his figure paintings, including some of

the most original works executed by a British artist in the 19th and 20th centuries. Many of these works have not been exhibited since the artist’s lifetime. The exhibition spans the full length of Sickert’s career, with paintings loaned from museums and private collections. Early works include his music-hall scenes and visionary paintings from the 1920s and 1930s, including The Plaza Tiller Girls – a group of works depicting Jazz Age dancers brought together by Piano Nobile for the first time. Also on view is Sickert’s First World War masterpiece, The Integrity of Belgium (Government Art Collection). The exhibition has been curated with Richard Shone and an accompanying publication features essays by him and Wendy Baron with first-hand accounts of Sickert by Basil Jonzen and Duncan Grant.

Alberto Martini’s pen drawings were first brought to the attention of the London art market in 1914, when The Times wrote a long article highlighting the wonderful technique used by the artist in the creation of his illustrations, declaring, “there can be no question that these drawings are the most masterly that have been seen in public for years”. Now, over a hundred years later, Laocoon Gallery reunites a part of this critically acclaimed collection – dedicated to Edgar Allan Poe’s Tales of Horror and certain works of William Shakespeare. It is a collection of 70 works comprising pen and pencil drawings, watercolours, engravings, lithographs and oil paintings which placed the artist simultaneously as the epigone of Italian decadentismo and symbolism as well as the absolute precursor of surrealism. Alberto Martini was one of the most original and eccentric of the European illustrators from the early 20th century, his greatness and inimitability consist above all in a virtuosic ability to use pen and Indian ink with such intricate and obsessional technique that his drawings seem like engravings. This exhibition was inaugurated at Galleria W. Apolloni of Rome in June this year, and is the culmination of a substantial research project by Monica Cardarelli, founder and director of Galleria del Laocoonte in Rome and Laocoon Gallery of London, which she started when she studied at the University of Florence. It is accompanied by a book and catalogue.

For their first LAW presentation, they will be showing 20th century drawings and watercolours depicting the human figure. Their selection of eight works on paper include an exceptional watercolour of two bathers by Stanley Cursiter from 1920, when the artist was living and working in Cassis in the South of France. Further works are by Pablo Picasso, Percy Wyndham Lewis and Eric Robertson.

A theme of silver treasures from the Regency period (1811- 1820), famed for its grandeur and patriotic enthusiasm. This led to a demand for ostentatious works of art and fabulous masterpieces in silver and silver-gilt, including this only known and highly important set of eight impressive silver-gilt candlesticks made in London in 1816 by Paul Storr (1771- 1844), considered to be among the largest and most ambitious ones made in 19th century Britain.

This thematic exhibition will show paintings and drawings from the Belle Époque and in particular artists that have fallen out of fashion and are waiting to be re-discovered, among them many women. There are works by Swiss painter Lucie Attinger, which perfectly illustrate the strong group of women artists active at the time, alongside pieces by French, German and Swedish artists.

Over the last three decades, Sam Fogg has built a reputation as the world’s leading dealer in the art of the European Middle Ages. By raising the profile and visibility of this great and expanding subject, the gallery is committed to continually challenging and redefining the market for Medieval art. This winter the gallery’s exhibition includes some beautiful depictions of saints, like Saint Martin, but also covers the rise in processional liturgy during the later Middle Ages, and the concurrent development of the gold- and silversmith’s art.

The Fine Art Society is staging an exhibition to emphasise that the Society is two galleries working together as one, so the London gallery will be showing highlights from the Edinburgh gallery. Among them are early works by James McIntosh Patrick (1907-1988) and Joan Eardley (1921-1963).

Elsewhere, Karen Taylor Fine Art will be putting on a special Christmas exhibition, A Seasonal Box of Delights. Kallos Gallery’s exhibition focuses on Warriors & Warfare in the Ancient World, while Paris dealer Galerie Chenel will bring some winter highlights to London and Georg Laue, Kunstkammer Ltd is showing some of the best works that could be found in Wunderkammers of the past.