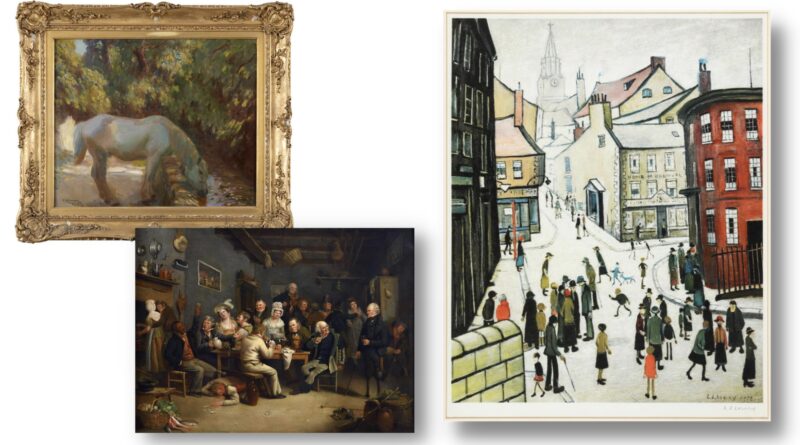 A varied selection of pictures, comprising five centuries of art, provided plenty of choice for collectors in a recent Somerset sale, with works by the likes of Walter Sickert and Sir Alfred Munnings proving popular.

Among the watercolours and drawings in Lawrences’ autumn auction were a newly re-discovered drawing by Walter Sickert, depicting a nude by a bed in Mornington Crescent, c.1909, which made £6,875; a light-hearted caricature by Louis Wain of a cat with a cigar, entitled Quick Puff, more than doubled hopes of £1,500 to make £3,750; a small watercolour portrait of Dodda Vira Raja, Ruler of Coorg (1780-1809), attributed to John Smart, made £10,000; and a fine watercolour by the Australian artist Norman Lindsay, entitled `Fanfrolico` and fully endorsed by the artist’s granddaughter, tripled its estimate to make £17,500. It had been bought at a small auction in Yorkshire in the 1960s for only a modest bid.

Great demand for oil paintings of every type was in evidence when a Royal Academy exhibit by Nicholas Condy, entitled Interior of an Irish cottage at Ballyboyleboo, Antrim, 1843, made £5,000.

A lively Provincial hare coursing scene from the 18thCentury was chased to £8,750; a 1936 Sussex landscape by leading Bloomsbury artist Vanessa Bell made £8,125; and £55,000 was paid for a newly researched and authenticated landscape scene by Paul Bril (1554-1626) 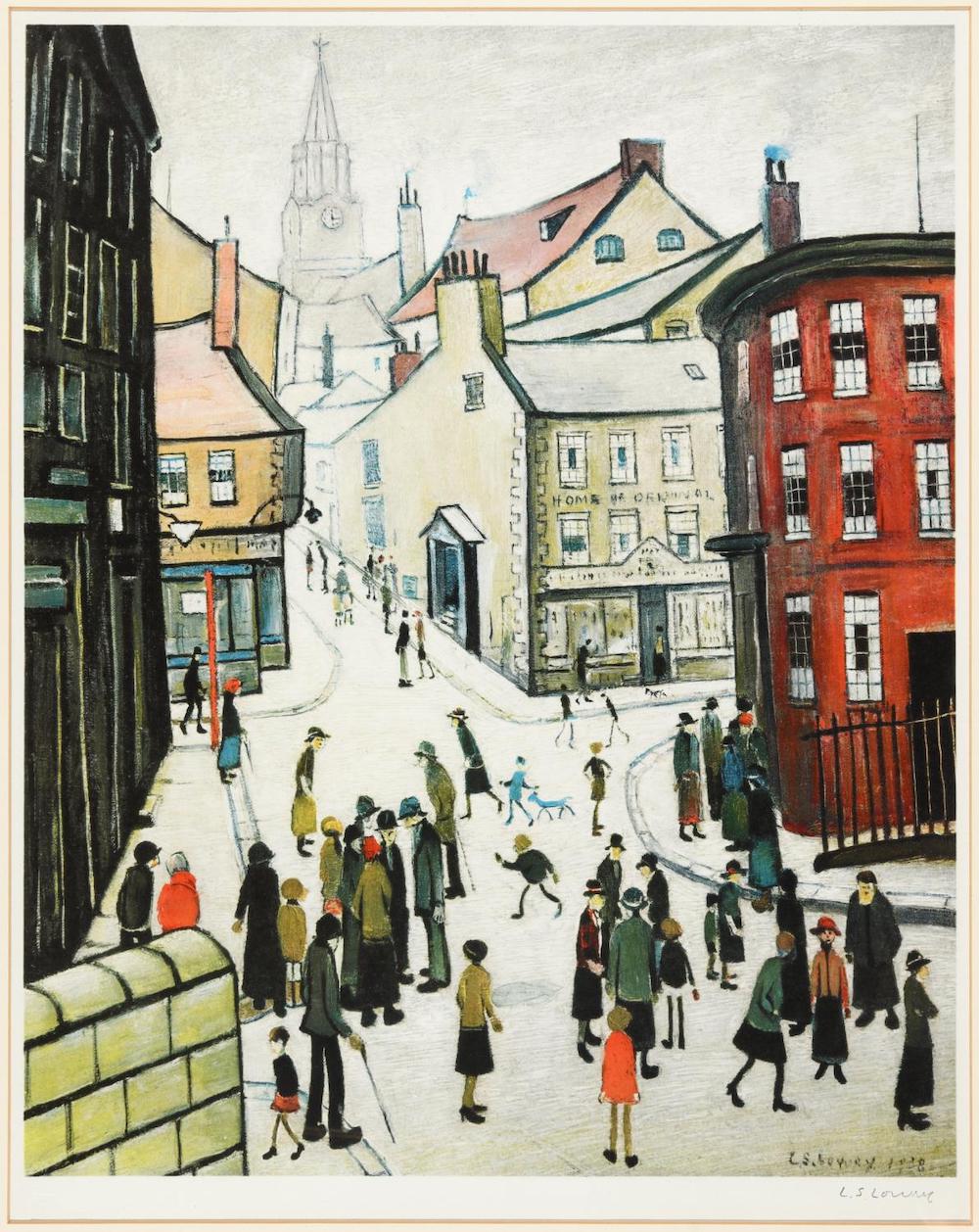 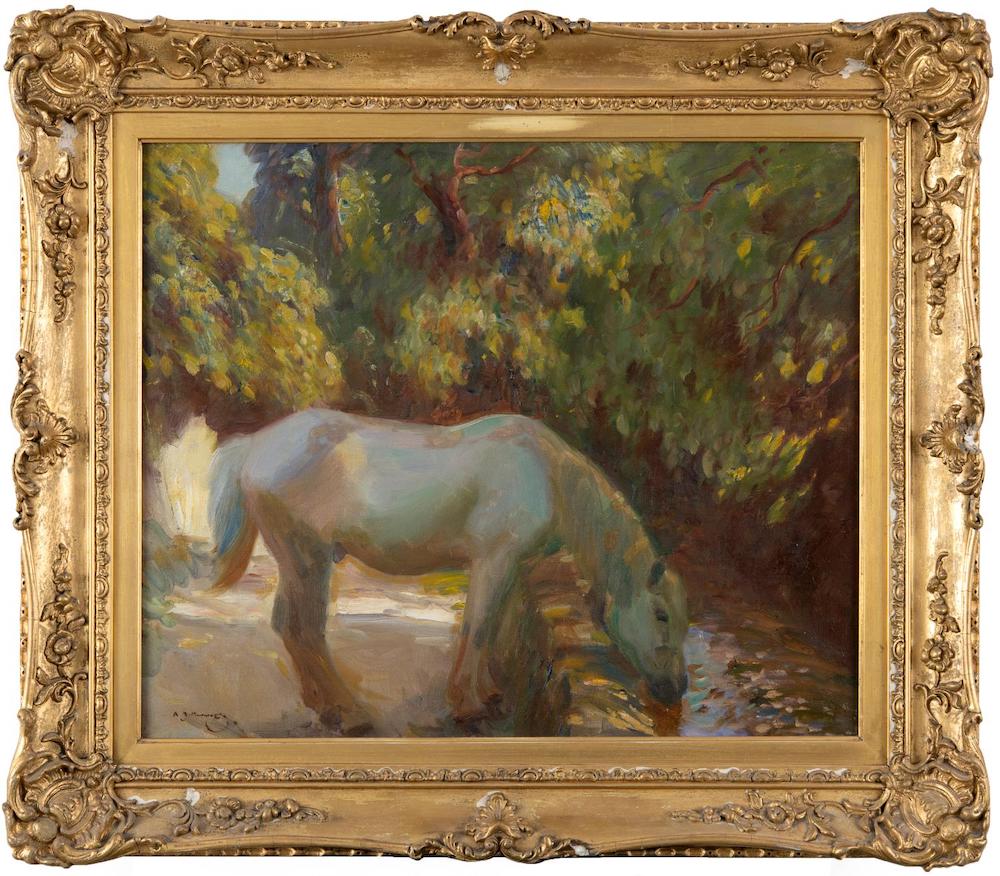