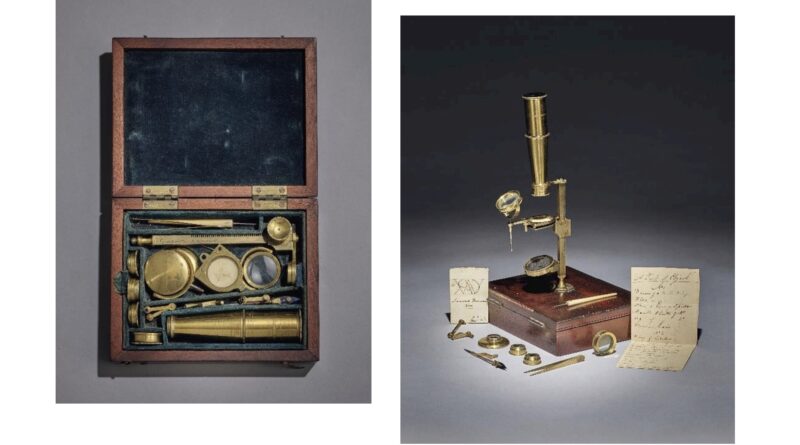 The only Darwin Microscope to have ever been offered at auction was sold in Christie’s Valuable Books & Manuscripts recently, achieving £598,500. 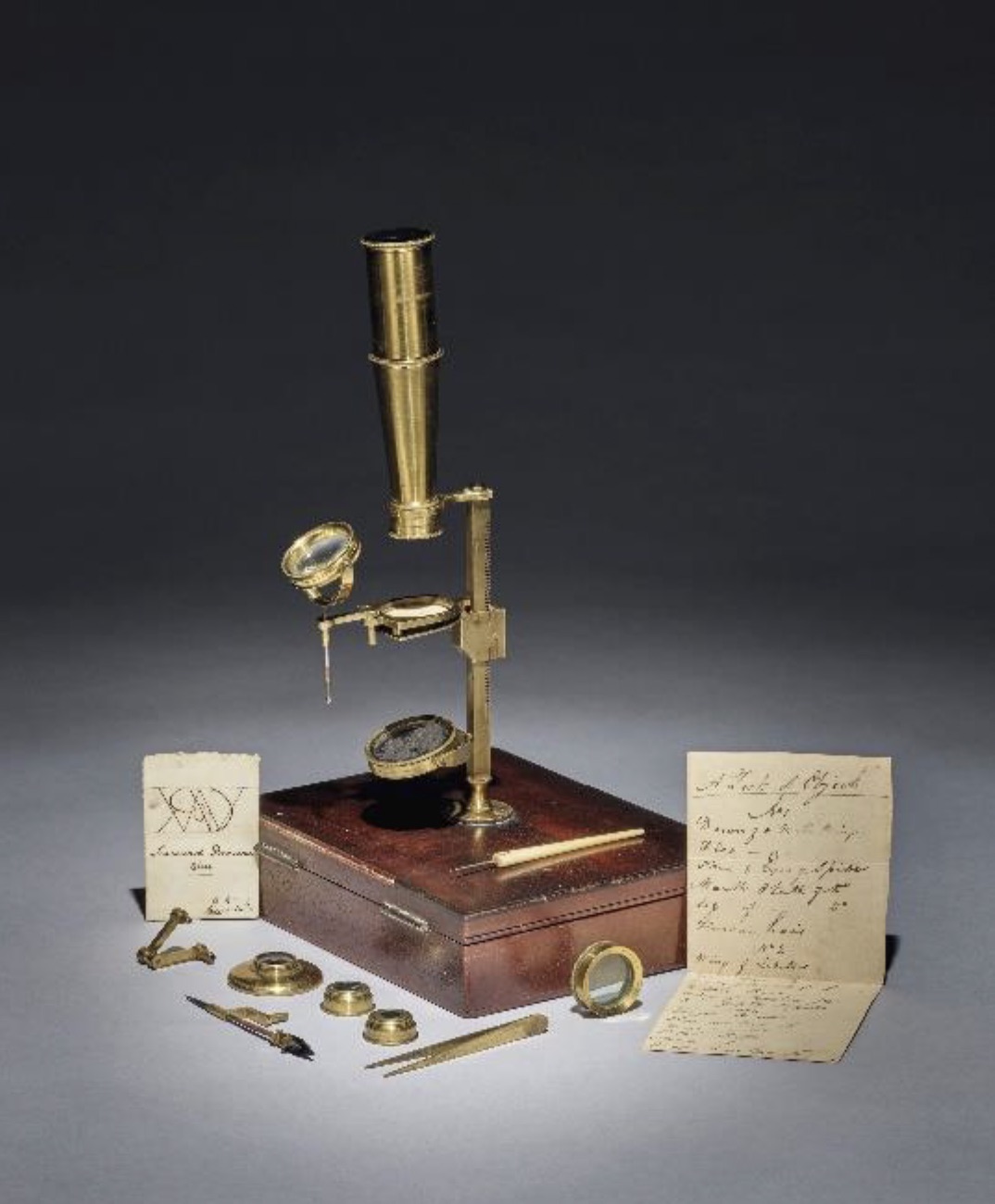 James Hyslop, Head of Department, Scientific Instruments, Globes & Natural History, Christie’s, said: “The Charles Darwin Family microscope achieved a record price for a 19th-century microscope at auction, and we would like to thank the Darwin Family for entrusting Christie’s with this hugely important piece of scientific history. The microscope was acquired for the successful collector through Gurr Johns advisory, who hopes many more Darwin enthusiasts will be able to enjoy the microscope on display in a public institution in the future.”

Charles Darwin’s research career began with his investigation into the sea creatures being dredged up from Scotland’s Firth of Forth while trying to avoid his medical studies at the University of Edinburgh. Darwin’s studies of these strange ‘zoophytes’ began in 1826 and reached a successful conclusion in the spring of 1827, when he presented his first scientific paper to the University’s Plinian Society.

These dates coincide with the appearance of the present microscope on the market, which was designed by Charles Gould for the firm Cary around 1825. Of the six surviving microscopes associated with Charles Darwin, four are known to have been acquired later (two in 1831, one each in 1847 and around 1848), and the other cannot be used for studying marine invertebrates. 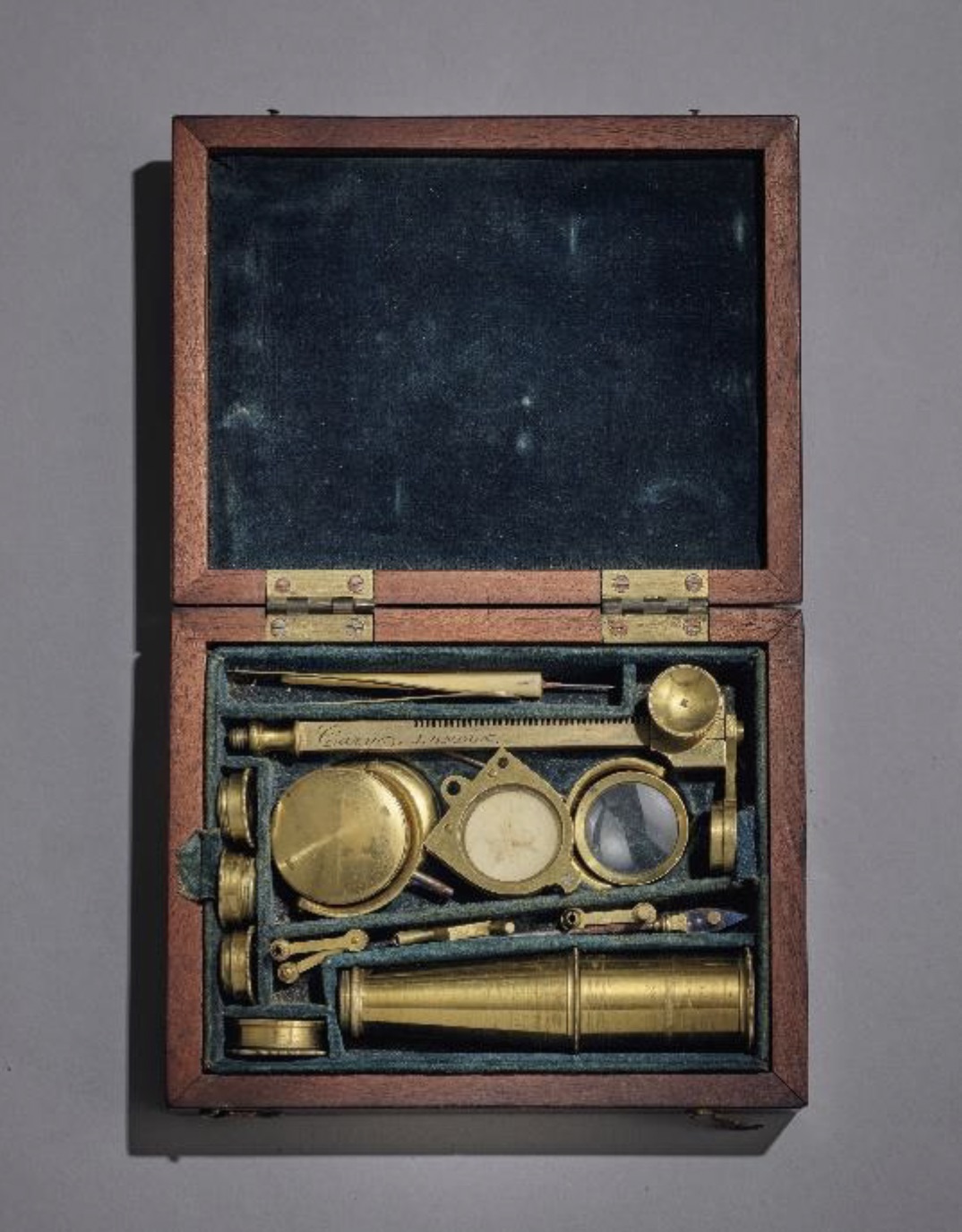 In this early research Darwin was contributing to Robert Grant’s radical reinterpretation of the animal kingdom, in which apparently simple creatures – like the ‘zoophytes’ – were understood to be at the beginning of a natural order that led up to Homo sapiens. This preoccupation with the ‘first’ creatures was picked up again by Darwin in the crucial period during and immediately following the Beagle Voyage.

On the Beagle Voyage Darwin is known to have used one of the microscopes now preserved at Down House. The other early microscopes at Down are a small botanical microscope, and another instrument by Cary. Darwin’s barnacle researches were largely carried out with the large Smith and Beck compound microscope now held at the Whipple Museum. The final known microscope is the ‘prototype’ of Darwin’s own modified aquatic microscope, which went into production by Smith and Beck in the 1840s.