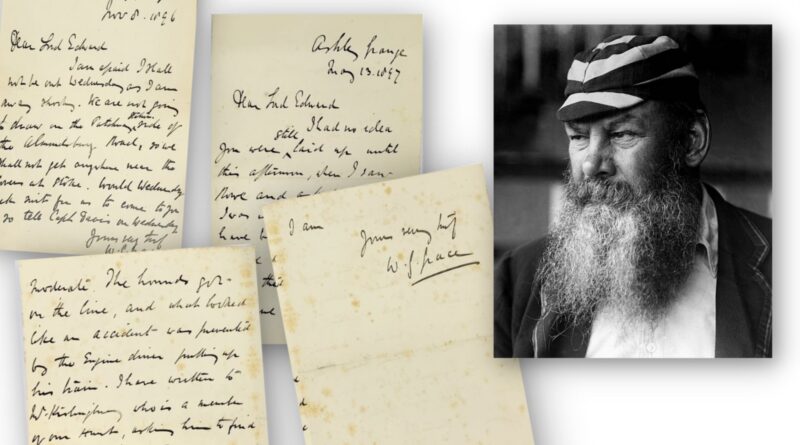 Letters penned more than 120 years by the father of cricket, W G Grace, and his brother have been unearthed in a Bristol farmhouse.

They were discovered by independent valuer and IPL auctioneer Richard Madley who said: “The letters lay undisturbed in the top drawer of a George III mahogany tallboy. I had to stand on tip toes to pull them out. They form part of the estate of a cricket enthusiast. 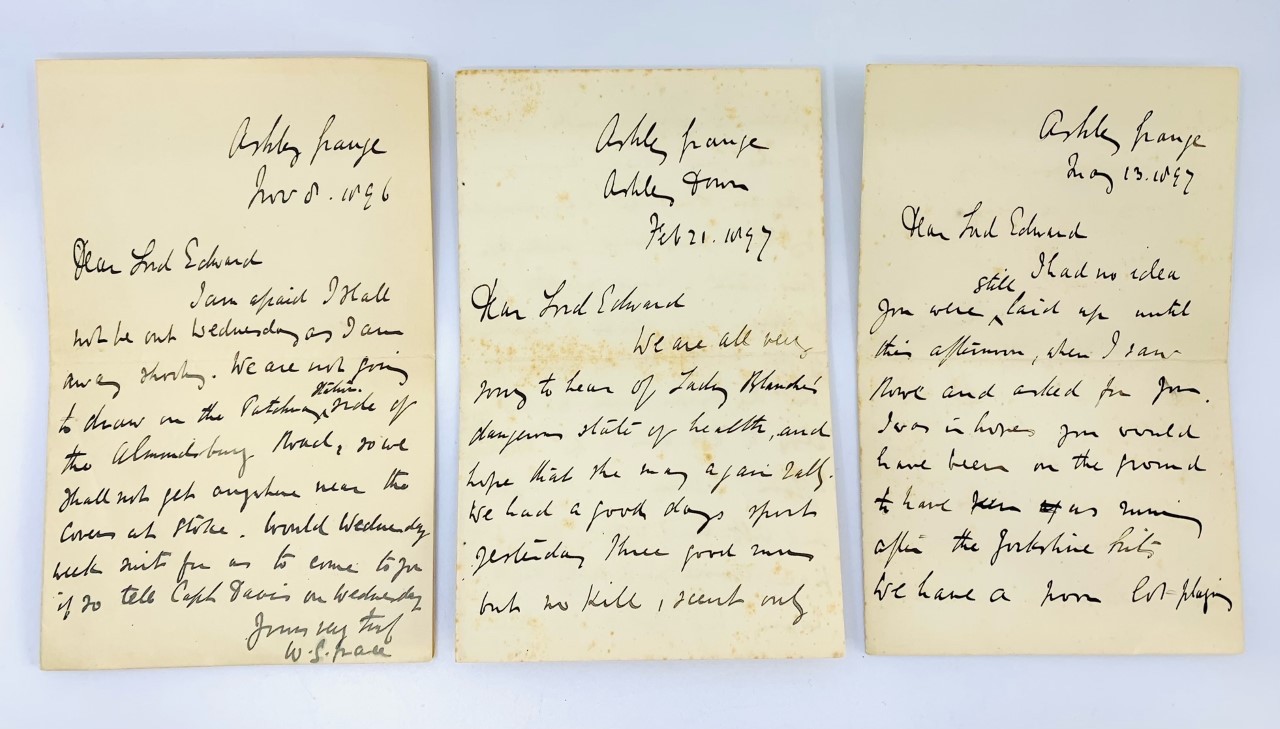 “How exciting to discover a signed letter by W G but also his younger brother Edward, who was secretary of Gloucestershire CCC at the end of the 19th century and a rarer signatory. Everyone thinks W G’s signature is the most valuable but his brother’s is particularly scarce.”

The correspondence is set for auction in January and three letters from William Gilbert Grace (1848-1915), one of the greatest players of all time, could sell for more than £1,200. The outstanding all-rounder helped to develop the sport across the world and is said to have invented modern batsmanship.

His letters were written to Lord Edward Somerset in 1896 and 1897 from Ashley Grange, Grace’s Bristol home. In the letters, Grace discusses cricket, ‘I had no idea you were still laid up until this afternoon, when I saw Rowe and asked for you. I was in hopes you would have been in the ground to have seen us running after the Yorkshire hits. We have a poor lot playing but still ought to have made more runs’.

Right-handed as both batsman and bowler, he dominated the sport. His technical innovations and influence left a lasting legacy. He excelled at all the essential skills of batting, bowling and fielding, but it is for his batting that he’s most renowned.  Usually opening the innings, he was particularly admired for his mastery of all strokes. He generally captained the teams he played for because of his skill and tactical acumen. 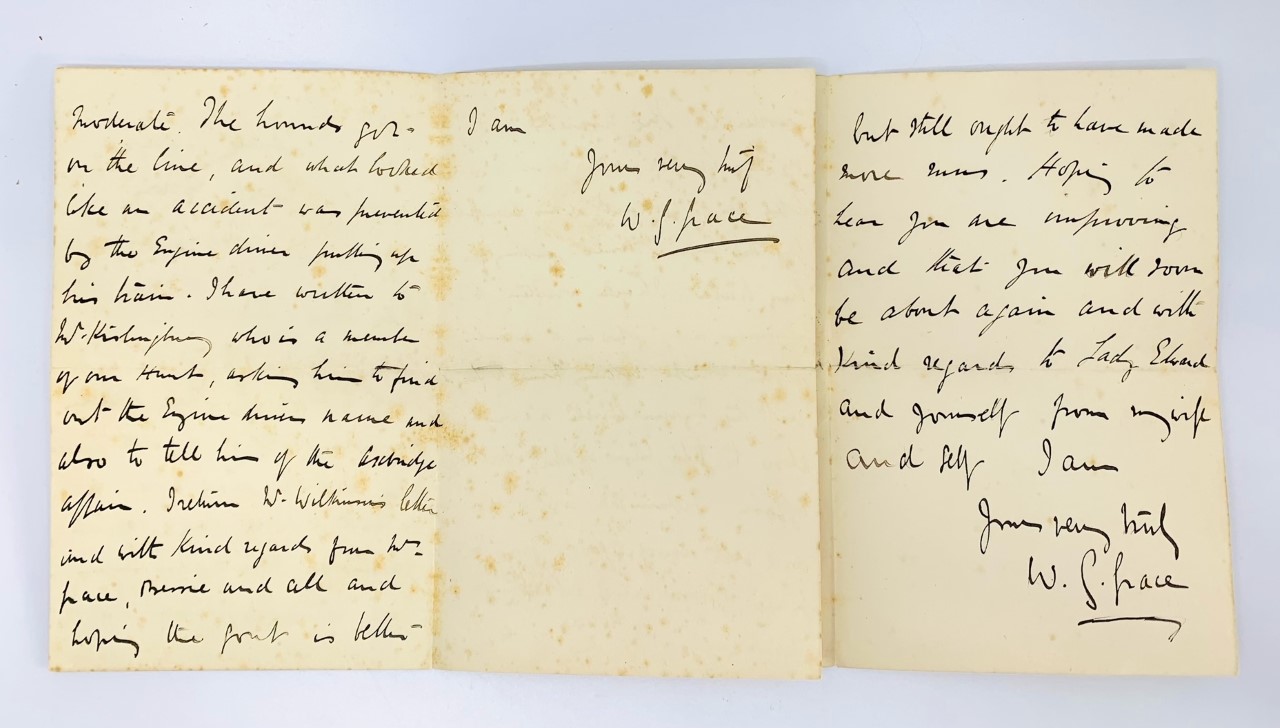 On Park House letterhead and dated 1896, they are also addressed to Lord Edward Somerset and discuss forthcoming cricket matches, ‘I am pleased that you and J Rowe will play next Tuesday at Weston, Bath‘; ‘Am sorry you cannot play on Tuesday. I shall expect J Rowe unless I hear to the contrary. Will you let me what matches to put you and him down for – I shall be pleased to play you both in all of them if you can manage it’.

Each letter is signed ‘Edward Mills Grace’ and one comes with an envelope, postmarked Thornbury, 6 May 1896.  There is also an empty envelope addressed to Lord Edward Somerset, postmarked Lichfield, October 21, 1879 and an invitation to dine with The Prince of Wales, on February 23, 1885.

Like his brother, E M Grace (1841-1911) was a gifted all-rounder, batting right-handed and bowling slow right arm underarm. He played for Gloucestershire County Cricket Club and was the elder brother of W G Grace and fellow cricketer Fred Grace. All three played for England against Australia in September 1880 two weeks before Fred Grace died of pneumonia aged only 29.

Charles Hanson, owner of Hansons Auctioneers, said: “England may have lost the Ashes but when it comes to uncovering fascinating cricket memorabilia, we are champions of the world. For any cricket fan or collector, these are important historical items. The letters offer an opportunity to connect with legendary sportsmen who helped to fashion the game we know and love today.”