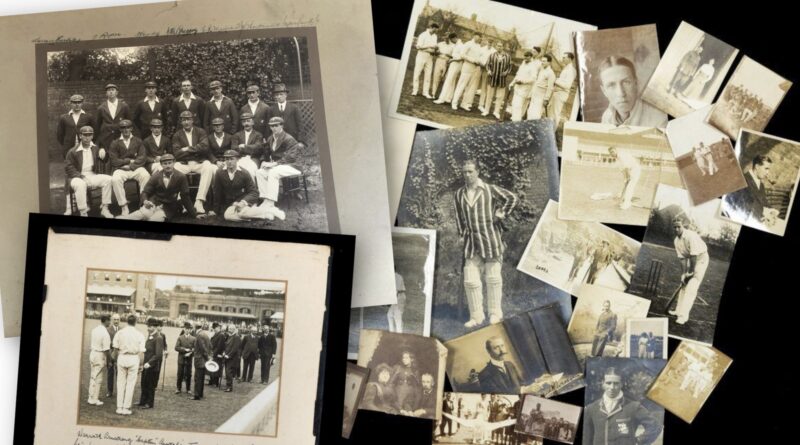 Memorabilia relating to legendary former England and Essex cricketer Johnny Douglas (JWHT Douglas, 1882-1930) has been discovered in a garage in Bath by two sisters. 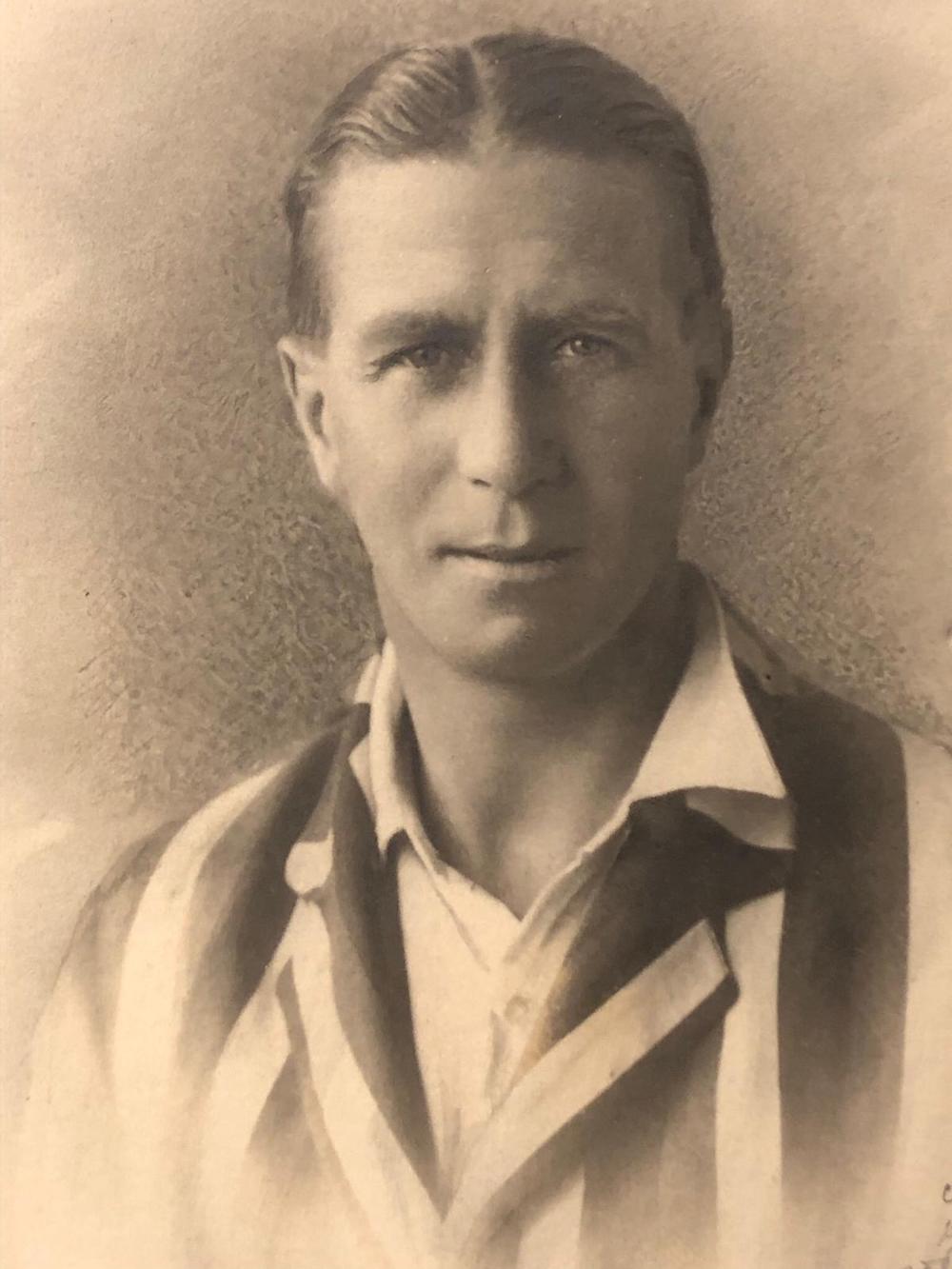 After losing their mum at the age of 92 in 2021, retired civil servants Nicky Lane, 69, and sister Karen Douglas, 68, both from Bath, had to clear her house. But they left the garage until last because they knew it was full of spiders.

When they finally plucked up courage to tackle its dark corners, sporting treasures lost for decades emerged. An old suitcase tucked away at the back was packed with memorabilia relating to Johnny Douglas. 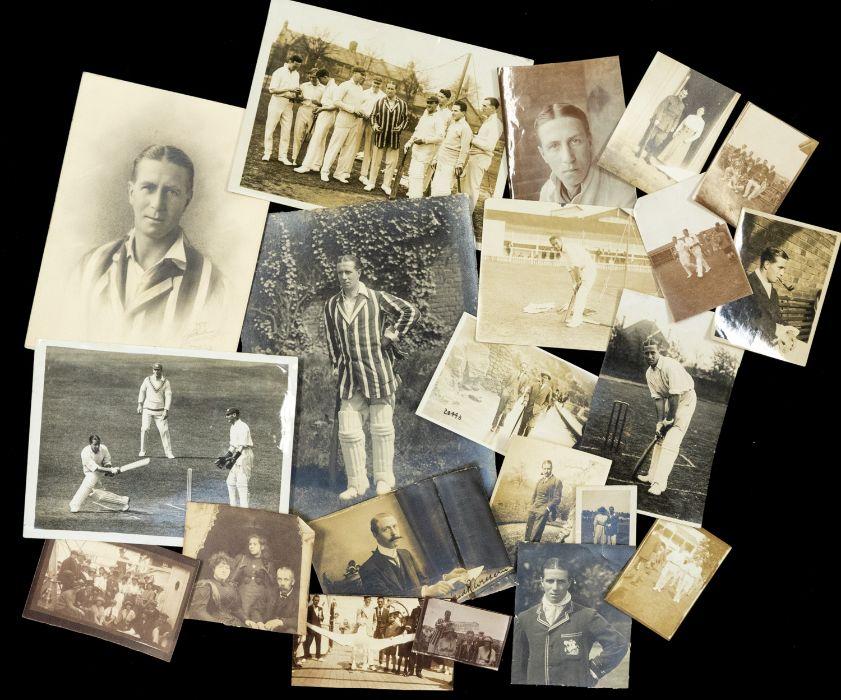 However, a box stashed at the back of the meter cupboard held what could be the most valuable item of all – a silver tankard from 1860 awarded to iconic English bare-knuckle prize fighter Tom Sayers (1826-1865). 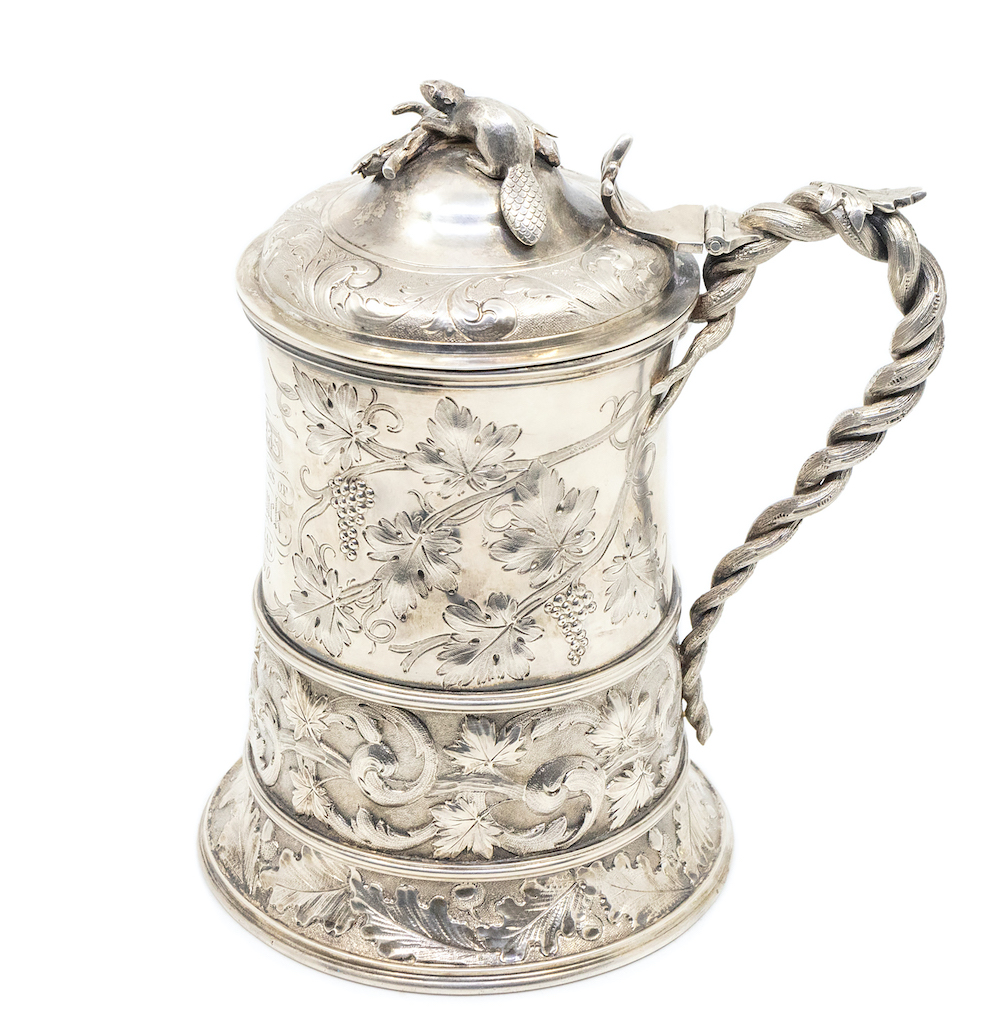 The finds flabbergasted antiques experts and auctioneers Richard Madley and Charlie Ross, who were invited to assess the memorabilia.

“They were like a pair of excited schoolboys,” said Nicky. “It was really nice for them, and for us. Though we knew some photos relating to Johnny Douglas existed we had no idea where they were, or how much had been saved. There turned out to be lots of photos and autograph books, too. The suitcase was packed with cricket memorabilia.”

Richard, one of the world’s leading sporting auctioneers based in Wiltshire, said: “For me, making discoveries like this is a labour of love. Charlie and I sat around the dining table with Nicky and Karen to go through everything. No one had looked at the archive for decades. I think they were surprised by our reaction.”

The sisters think the items had been in the garage since 1985, the year their father died, and before that in a loft at their parents’ former home in Bath. Now they can’t wait to see the collection go under the hammer in Hansons Auctioneers’ January 22 Cricket Auction. The Sayers tankard alone has been valued at £3,000-£5,000.

Nicky said: “This isn’t about the money, though. We want these items, which have been buried at the back of a garage for decades, to be seen and treasured by sports fans. We think there might be interest in Australia because Johnny was well thought of over there. The Australians gave him the nickname ‘Johnny Won’t Hit Today’, a nod to the nickname he’d already gained, ‘Johnny Will Hit Today’, which was a play on his initials. This find is one of the most exciting things that’s ever happened to us.”

The collection comes to them through family descent The sisters are granddaughters of Johnny Douglas’s brother, Cecil ‘Pickles’ Douglas, a renowned and respected boxing referee. Johnny died at sea, aged 48, off the coast of Denmark just before Christmas trying to save the life of his father, J H Douglas. They were on a ship rammed by another vessel in fog when their captains, who were brothers, tried to exchange festive greetings.”

Richard said: “This archive is very rare. Collections like this do not come to auction often. Douglas was a phenomenal character, an all-rounder who played for Essex from 1911 to 1928. He also captained the England team before and after the First World War. An untiring fast bowler and an obdurate batsman, he had the rare distinction of winning a gold medal at the London Olympic Games in 1908 – for boxing!

“The boxing connection helps to explain the Sayers find. The silver tankard, given to Sayers from ‘admirers of English pluck’ from Montreal in Canada, was right at the bottom of the box. I had it cleaned, did some research and soon realised it was special. Sayers is revered. Born in Brighton in 1826, he was like the Muhammad Ali of this day. Though only five feet eight inches tall and never weighing much more than 150 pounds, he frequently fought much bigger men, and won.

“I would expect strong interest in the Sayers tankard from Canada as well as the UK. It was a totally unexpected discovery among the rich cricketing memorabilia relating to Douglas.”

A rare royal highlight in the latter is a 1921 photo of Douglas being presented to King George V, HRH Prince of Wales and The Duke of York at Lord’s. This could be unique in that it shows three British monarchs in one place at one time.

Signed photos of the England cricket team in South Africa and the Australian team in 1921 have also been uncovered in what Richard described as ‘a rich archive of autographs, photographs and memories’.

Charles Hanson, owner of Hansons Auctioneers, said: “This find has well and truly bowled us over. I expect strong interest from cricket memorabilia collectors worldwide. And of course, boxing fans have a rare opportunity to bid on that special tankard presented to legendary fighter Tom Sayers.”