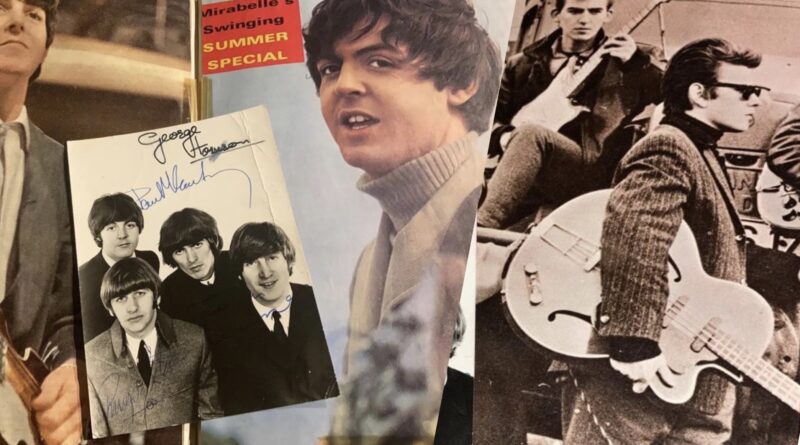 A Beatles fan’s treasured 1960s scrapbook – which had languished in a drawer for decades – revealed a ‘gold-dust’ picture the finder never knew existed.

The bundle of Fab Four memorabilia contained a photo of The Beatles’ signed by pop legends Paul McCartney, John Lennon, George Harrison and Ringo Starr. It’s now set to go under the hammer at Hansons London on February 26 with an estimate of £1,000-£2,000. 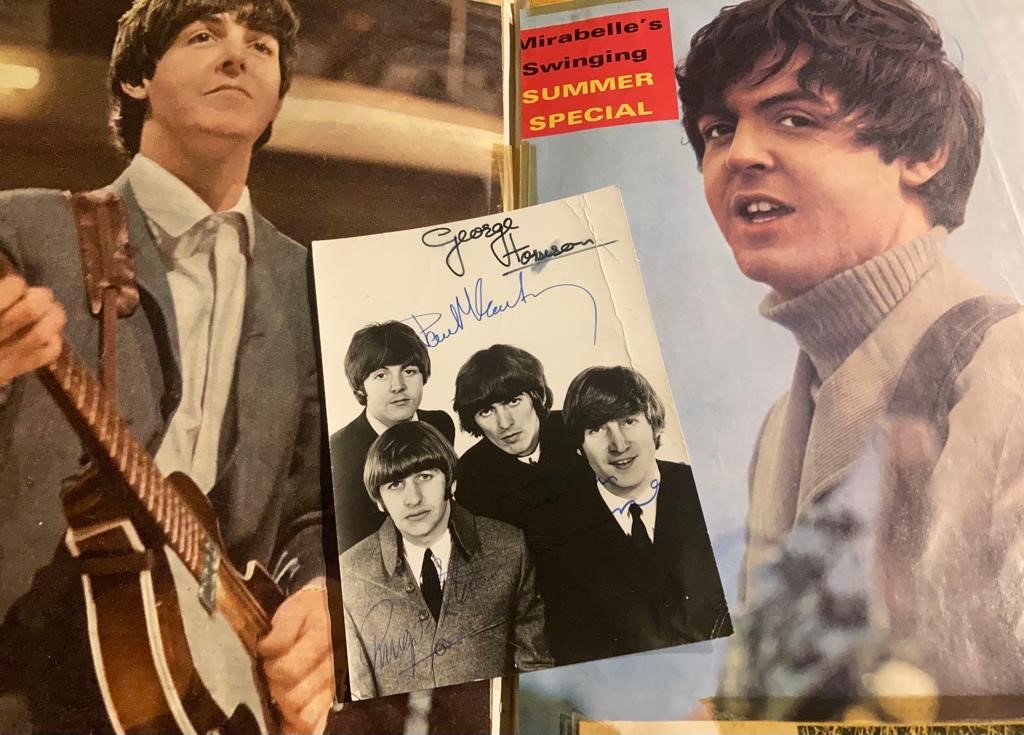 The find was made by Clive Goodchild at his home in East Moseley, Elmbridge, Surrey – and it came as a complete surprise because he’d never set eyes on the 1960s keepsakes until he pulled open a drawer in an antique bureau a few months ago.

The memorabilia belonged to his late wife of 34 years, Celia, who died in 2019 aged 65. During lockdown, Clive began the slow process of sorting through a lifetime of memories in preparation for downsizing. He knew Celia became a fan of the band when Beatlemania gripped in the early 1960s but he was still amazed to discover her forgotten treasures. 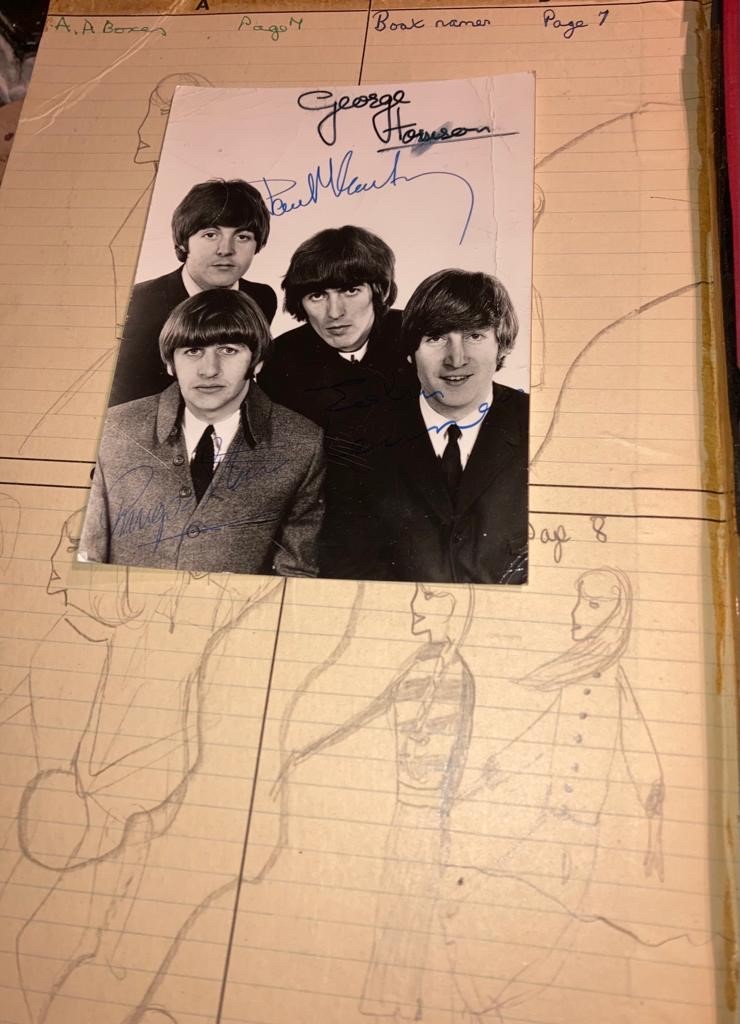 Clive, 67, a retired banker/financier, said: “I found Celia’s old Beatles scrapbook in a drawer in a 150-year-old bureau. It’s been in the house since we moved here 36 years ago. In fact, the memorabilia must have been in the drawer for longer than that because the desk used to belong to Celia’s parents.

“The autographed photo was inside the scrapbook along with copies of The Beatles’ monthly magazine. I know my wife liked the Beatles when she was 10 or 11 – lots of girls did. At that time, around 1963/64, she was a pupil at the Beehive Boarding School in Sussex.

“Though we sometimes talked about The Beatles, she never mentioned the memorabilia. But she obviously loved the band because she kept the scrapbook all her life. Her late father was a colonel in the army who knew some important people in London. I suspect he obtained the signed photo for her.  But Celia’s no longer here to ask. 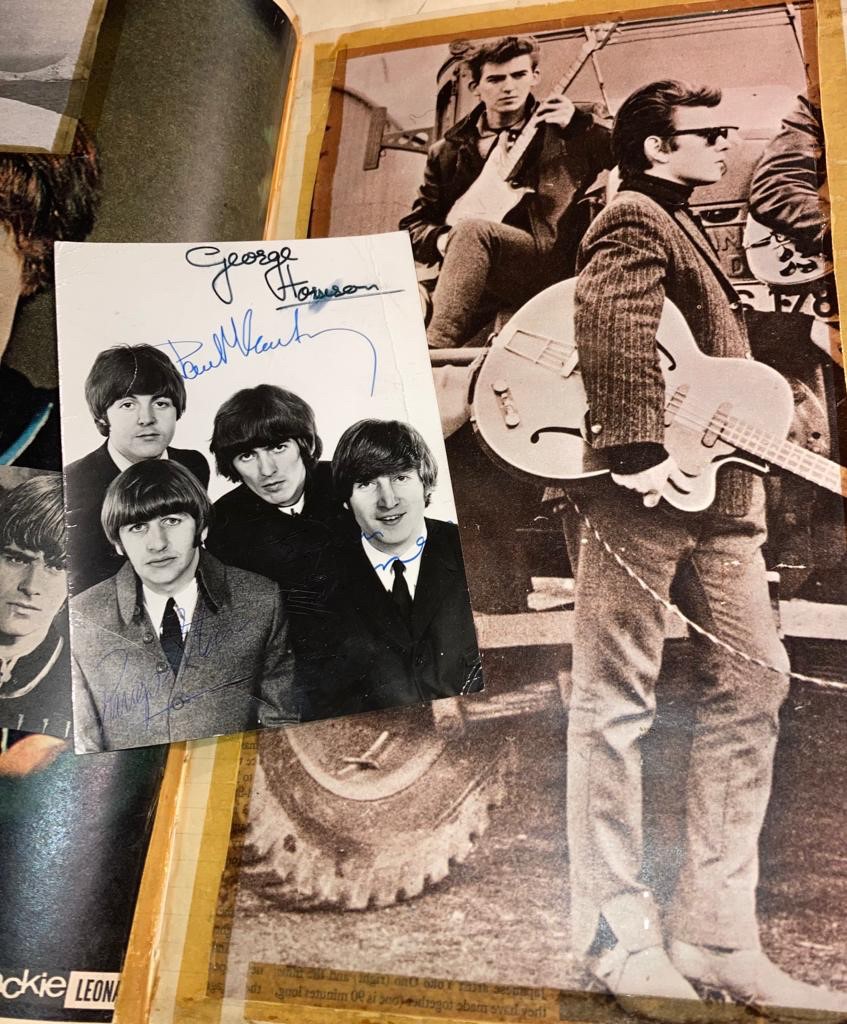 “I’d like to think the memorabilia will bring some pleasure to someone. Perhaps they’ll have it framed and put it up on a wall.”

Hansons London associate director Chris Kirkham said: “It’s a gold-dust find and a lovely surprise for Clive. I think we all hold on to things that remind us of special times in our lives, especially from our formative years. They get buried away in boxes and cupboards for decades and sometimes we even forget about them ourselves.

“Music memorabilia such as autographs or tickets from famous concerts are often treasured, and they can be particularly valuable at auction because the best artists and groups remain popular and gain new generations of fans. This is certainly true of The Beatles, the most influential group of all time.”