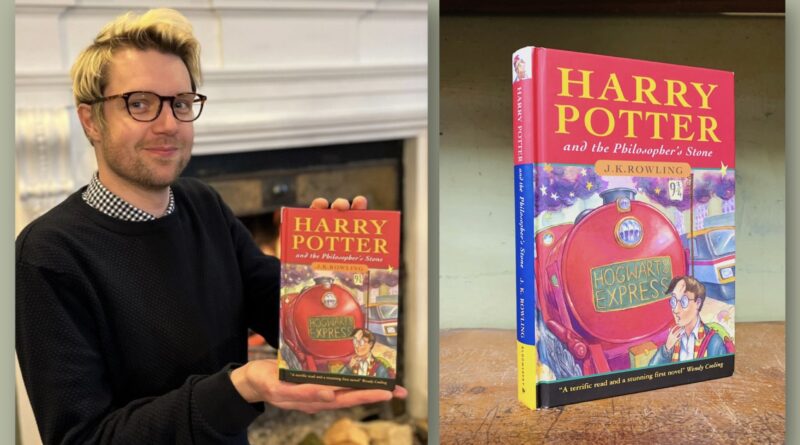 A pristine first edition of the most valuable Harry Potter book ever published could smash all records at auction after being kept in darkness – unread, unopened and in a protective sleeve – for 25 years.

Experts predict the ‘as-good-as-new’ hardback copy of Harry Potter and the Philosopher’s Stone, one of only 500 in the first ever Potter book print run in 1997, could reach £100,000 when it goes under the hammer with Hansons Auctioneers on March 9.

But the dream book almost slipped through its owner’s fingers. He nearly returned it to the shop where he bought it from and contemplated asking for his money back – £12.99 – because he thought it had a fatal flaw.

“It didn’t have a dust jacket and I thought it should,” said the seller, who pre-ordered the book from Leatherhead Bookworm in Surrey in 1997. “I was really disappointed when I went to pick it up. I’m a collector and, being a first edition, I expected it to have one. I decided to keep the book on the toss of a coin. It was a moment of destiny.”

Years later he discovered that Philosopher’s Stone hardback first issues don’t come with a dust jacket – so his copy was as good as it possibly could be.

The retired paper merchant director, 68, from West Sussex, said: “Leatherhead Bookworm, one of those magical old books shops, no longer exists but I still hear from the man who sold me the book. He likes to remind me that I nearly had my money back just because it didn’t have a slip cover. I remember standing in the doorway debating whether to keep it. 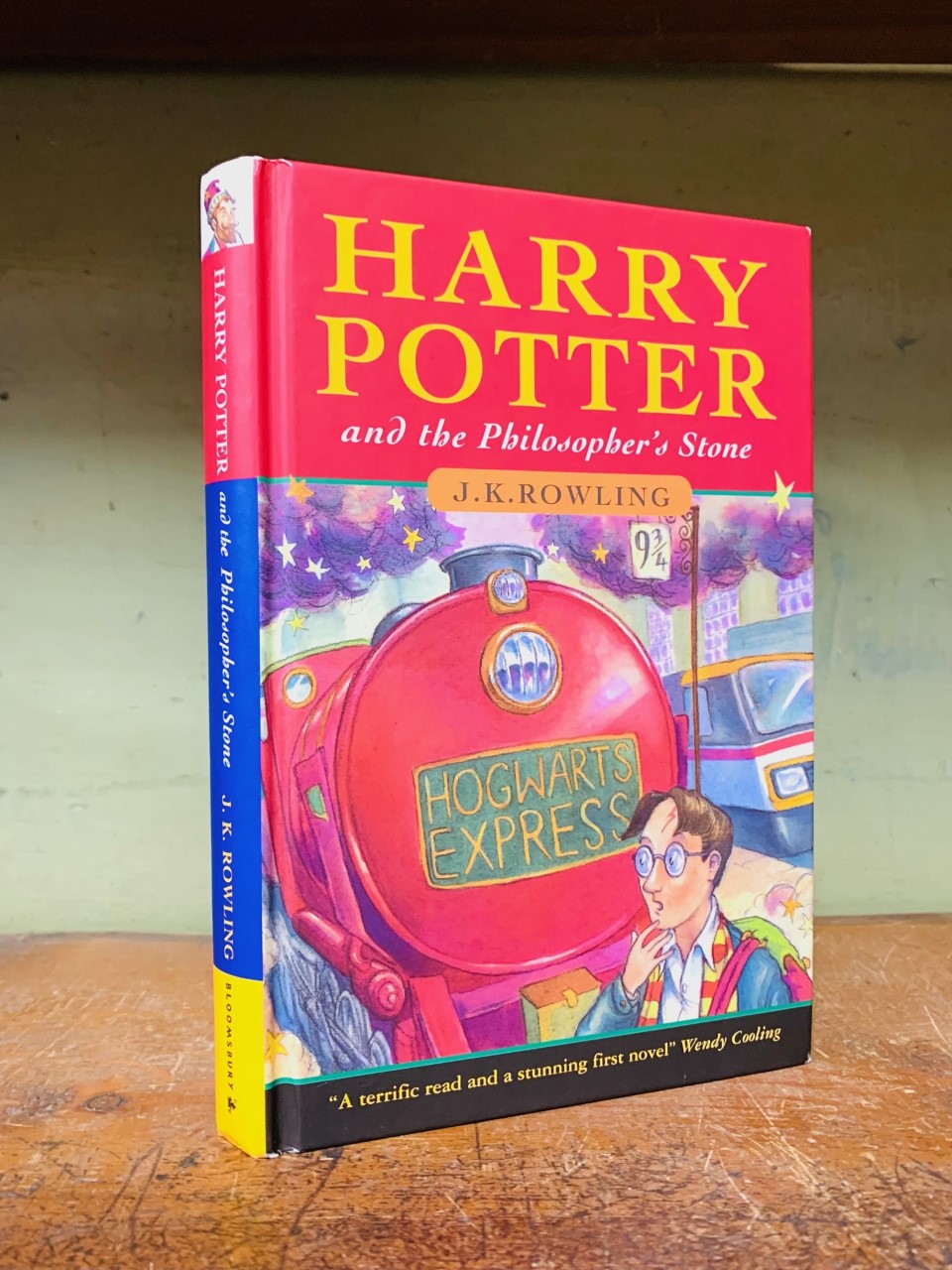 “I took it home and tucked it away in darkness on a high book shelf to keep it from prying eyes but, more importantly, because the paper in the book is poor quality.  I was told to keep it away from sunlight to prevent it going brown.

“I bought that first issue of Philosopher’s Stone because I noticed an advert for it in a magazine called Bookseller in 1997. It compared JK Rowling’s book to the Famous Five novels and predicted it could be a prize winner. I loved reading Enid Blyton’s Famous Five books when I was a child – and I liked them to have a dust jacket!

“I’ve really looked after it. It’s in the best condition it possibly can be – almost perfect I would say. It’s never been read. A year after I bought it, with Harry Potter excitement growing at my daughter’s school, she asked if she could read it. I said no, absolutely not.

“My daughter’s copy of Philosopher’s Stone was a fourth issue – with a dust jacket. So, I put that on my first edition to protect it and tucked it away together with my Chamber of Secrets first edition, also protected by the slipcase. They have always been kept separate from my main books collection and hidden in the house.

“I started collecting books in my 40s. I worked for a paper company and mixed with people in the books fraternity. I used to go out at lunchtime looking for rare finds and got hooked. I have quite a big books collection. 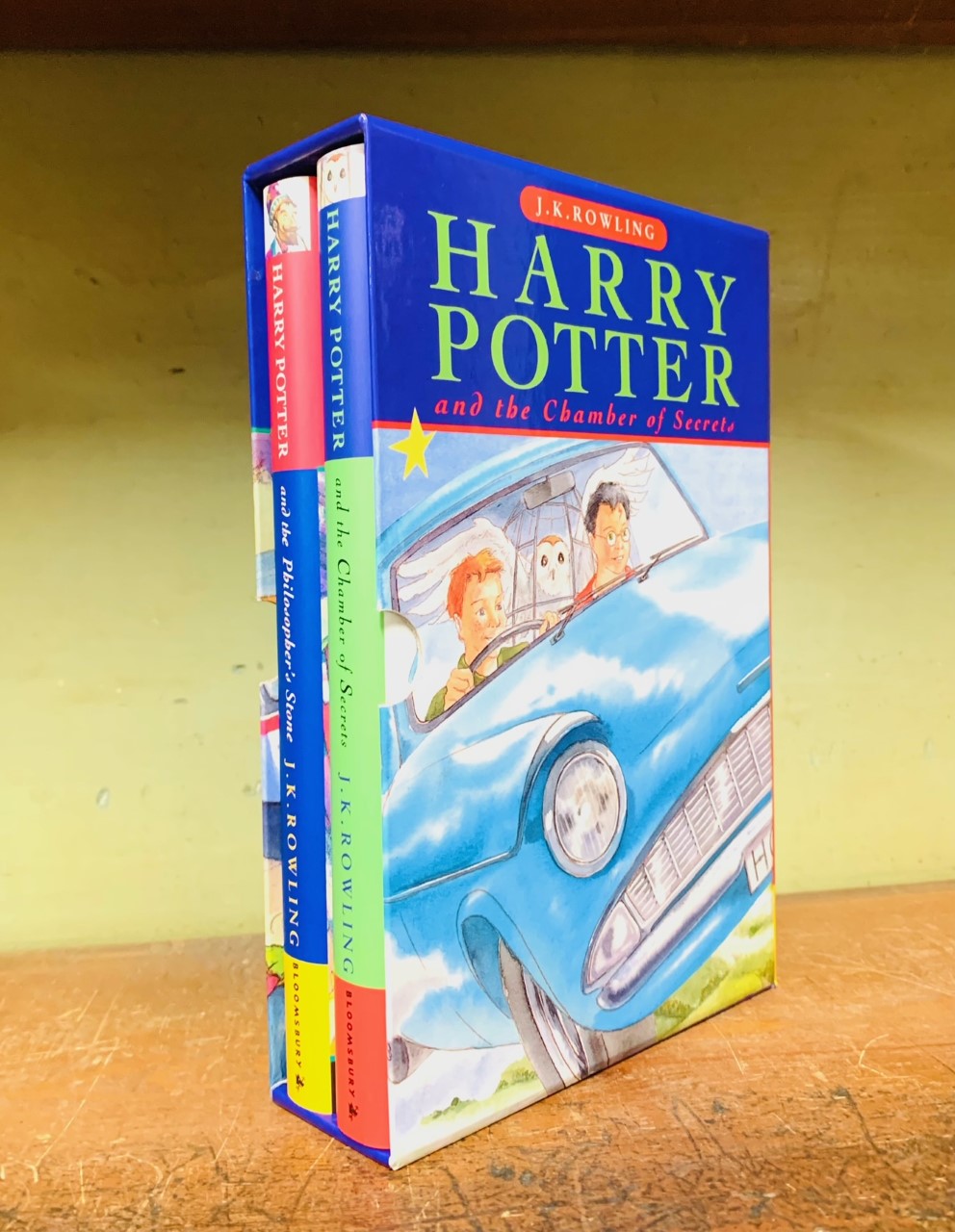 “In recent years, I noticed Philosopher’s Stone first editions were selling well at auction but, as mine didn’t have a dust jacket, I didn’t think it could achieve those prices. Eventually I realised a dust jacket was not specified. Now I’ve reached the time of life when it would be useful to pay off the mortgage so I’ve decided to sell. It’s not easy to part with. Collectors have difficulty selling their prized possessions.”

Hansons’ books expert Jim Spencer, a man who’s built a global reputation for finding rare Potter books, said: “The owner travelled a long way to see me. We sat down and made ourselves comfortable, but I was nervous about removing the book’s jacket. I receive countless Potter enquiries every single day, but this one had grabbed me and I hoped it would be right.

“My only fear was that it was too good to be true. I inspected the book closely, again and again, comparing it with two other first issues of the same work, studying the covers and text with a magnifying glass. Everything added up perfectly. I couldn’t believe it. It was like stepping back in time to 1997.”

Jim, head of books and works on paper, has sourced and sold 14 hardback first issues of Philosopher’s Stone to date with prices achieved ranging from £17,000 to more than £60,000 dependant on condition.

But he has a big challenge ahead to beat the top price paid so far. In December 2021 a near pristine hardback first edition of Philosopher’s Stone sold for $471,000 (£349,186) from a $70,000 estimate at Heritage Auctions in Dallas, USA. It’s the highest price ever paid for the boy wizard’s debut in any form and set a modern literature world record.

Charles Hanson, owner of Hansons Auctioneers, said: “It would be amazing to beat the price achieved in America with this near perfect, as-good-as-new Potter first edition. Our guide price is £40,000-£60,000, roughly the same as the estimate put on the book sold in Dallas. I’d like to think our copy could achieve £100,000 – or, better still, smash the world record.

“It’s in fantastic, bright condition. It should spark interest from collectors all over the world. It could well be the most pristine hardback first issue of Philosopher’s Stone ever offered at auction. Let’s hope we can achieve a new world-record price in Britain, the place where the Potter phenomenon was born.”