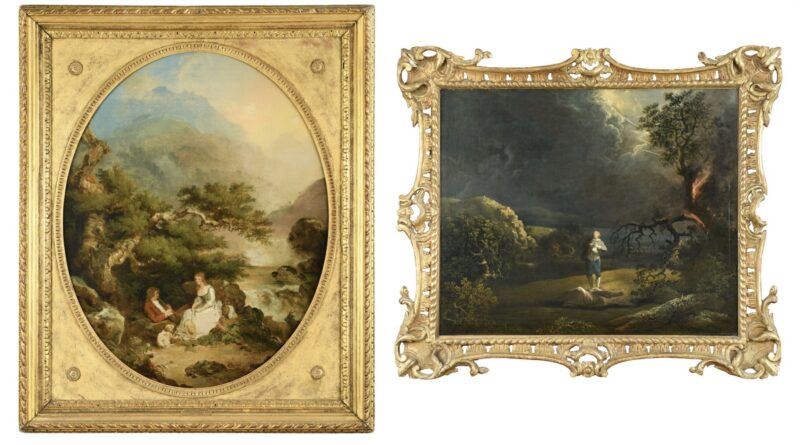 Cambridgeshire auctioneers Cheffins will offer 12 paintings from the world famous Asbjorn Lunde Foundation as part of the firm’s Fine Sale on March 23. All proceeds from the paintings will go to support the Foundation and its activities throughout the arts sector.

The Asbjorn Lunde Foundation was set up in 2013, to support the work of lawyer and art collector Asbjorn Lunde (1927–2017) and his major contributions to not-for-profit organisations based in the arts and music sectors throughout the United States.

During his lifetime, Mr Lunde supported more than forty museums in his native New York, across the United States and in Europe, with loans, gifts and funding and was known as one of the city’s most prominent art collectors, owning several hundred paintings, sculptures and prints.

Mr Lunde was also a Fellow and Benefactor of the Metropolitan Museum of Art and a member of the visiting committee in the department of European paintings, a trustee of the Olana Partnership and a member of the board of directors of the Sara Roby Foundation.

The collection of paintings to be offered at Cheffins include twelve primarily 18th-century British works, from several well-known artists.

The highlight of the collection is a picture titled, Amelia Struck by Lightning dated 1763 by William Williams of Norwich (British, 1727 – 1797). This landscape’s subject is inspired by a passage from Summer in James Thomson’s cycle of poems The Seasons which was hugely popular throughout the 18th century. The same subject, but of different composition, dated 1784, is at the Tate Britain. This picture has an estimate of £3,000 – £5,000.

Also within the collection are a number of traditional, 18th-century British landscapes, by the likes of George Morland. There is also a painting titled Adelaide and Fonrose by Francis Wheatley (British, 1747 – 1801), which is set to sell for between £2,000 and £3,000 and is thought to illustrate a scene of Jean-François Marmontel’s romantic play The Shepherdess of the Alps which was one of the most popular throughout late 18th-century England and France.

Patricia Durdikova, Associate at Cheffins said: “A number of the paintings on offer from the Asbjorn Lunde Foundation are of museum quality, with focus on landscapes and traditional pastoral scenes. Mr Lunde was a gifted connoisseur, he was well known throughout New York’s museums, concert halls and art galleries, and it is an honour to be able to offer works from his collection to the market. All the proceeds will go to support the important work carried out by the Foundation throughout the arts sector.”