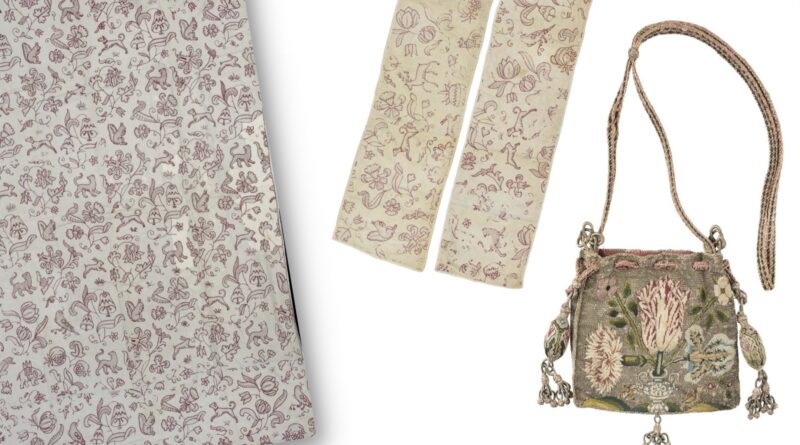 The first is a very large redwork panel, alongside two companion pieces made around 1620. 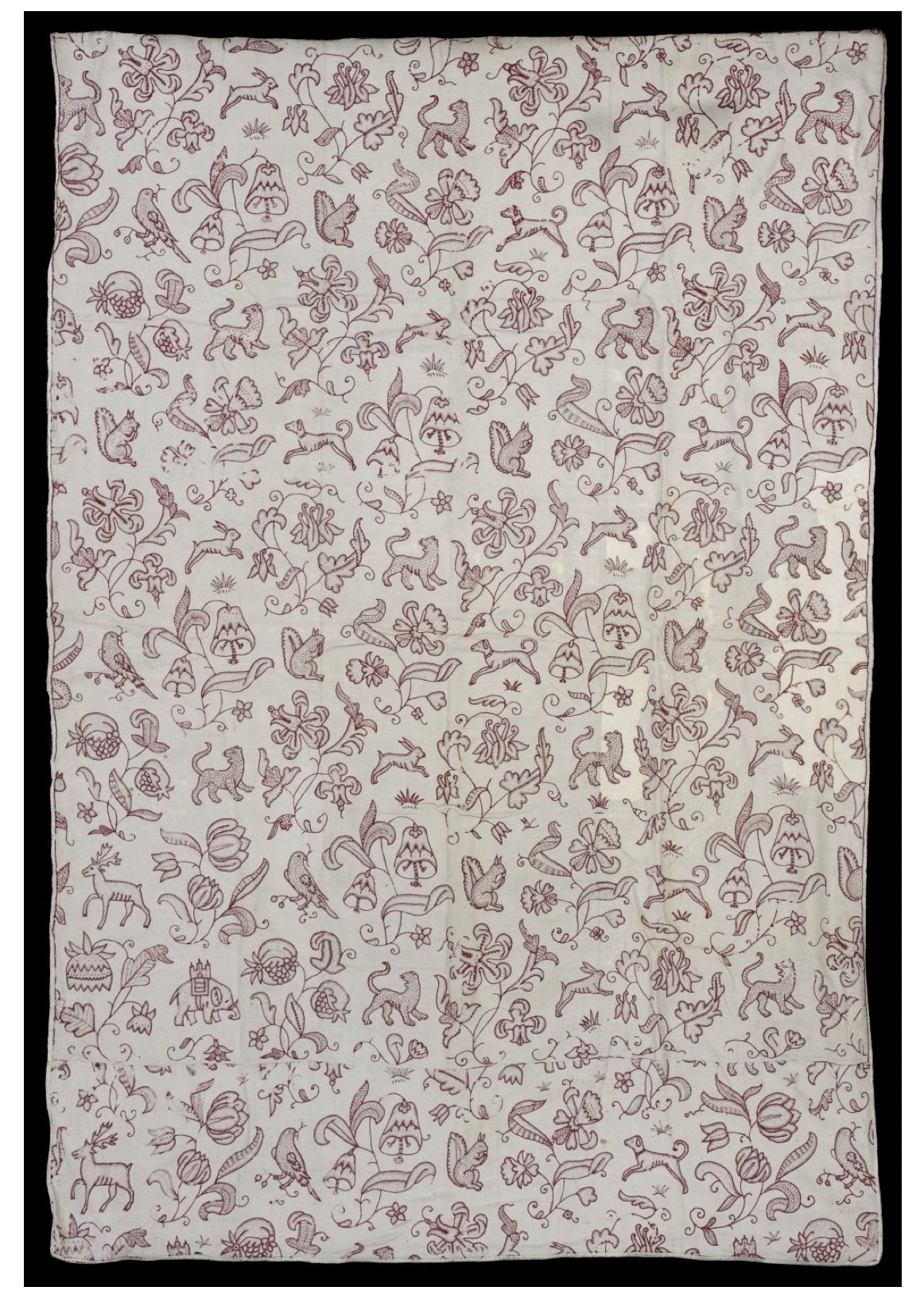 It is likely that they originally formed part of a bedcover, bed hangings, or curtains.

The three pieces are beautifully embroidered with animals, including leopards, hares, stags and elephants carrying on their back a three-turreted castle, as well as plants, such as pomegranates, magnolia flowers, aquilegias, and lilies.

Such pieces were treasured and handed down the generations, often being repurposed in the process. This particular piece and the two companion pieces, were subjected to a quite radical alteration, perhaps by a prudish Victorian owner, when the appendages protruding from the hounds were unstitched.

The third item is an exquisite embroidered sweete bag or reticule, also dating from the early 17th century, with an estimate of £4,000-£6,000. Such draw-string bags had a number of uses: often they were filled with dried flowers, aromatic herbs, or scented powder, and used to perfume linen and deter moths, as well as sometimes being carried by ladies to ward off unpleasant odours; but they could also be used to carry sewing tools, as gift bags for gold coins, or to carry such small items as a pocket Bible or Book of Prayer, pair of gloves, or an almanac. 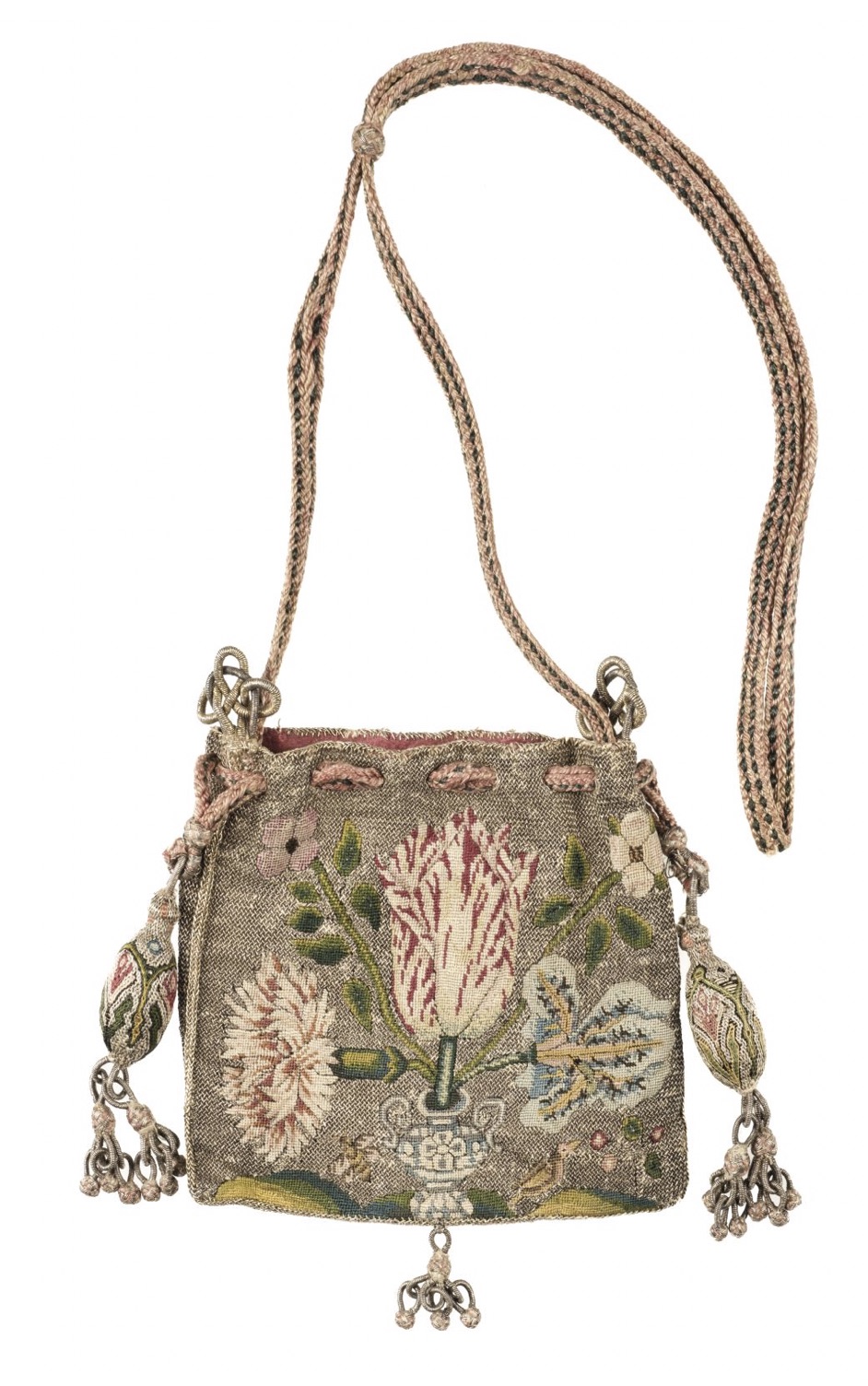 The auction house said that the bag offered in the sale is remarkable in two ways. Firstly its condition is exceptional compared to similar pieces held by institutions and when viewed against the few sweete bags which have surfaced at auction in recent decades. Secondly, its imagery is an exemplification of ‘Tulip Mania’. This bag would have been made at the height of the craze for tulips when bulbs were exchanging hands for ever higher prices, before the inevitable crash in 1637. The positioning of a tulip centre-stage therefore bolsters the fineness of the work in emphasizing the affluence and prominence of the owner. Striped tulips were the most sought after and therefore the most expensive, and the red-feathered Semper Augustus tulip, dominating the design here, was the rarest and most valuable of them all.

As well as these three highlights, there is a range of other interesting and unique textiles for sale on March 10, including a tutu worn by Margot Fonteyn, several items of beautiful monogrammed bed linen, some early woven fabrics, printed handkerchiefs and scarfs, a large collection of early purses comprising several lots, a range of quilts, and some shawls.