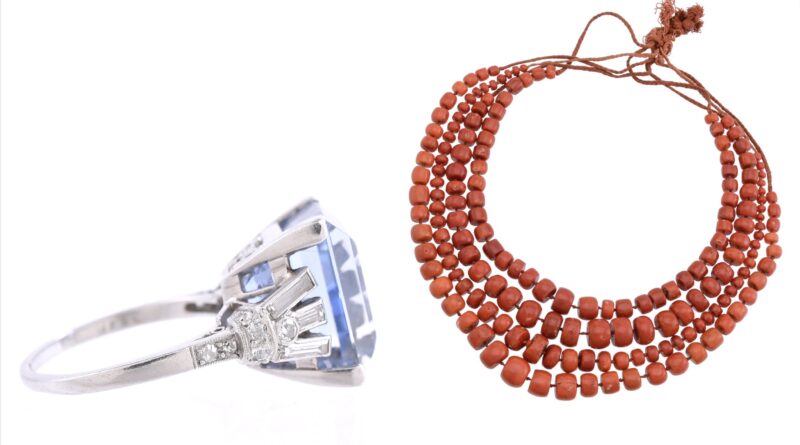 Victoria was born to an American father and married the British banker Sir Evelyn de Rothschild, of the illustrious Rothschild banking family. On moving to London, she managed to cross the transatlantic divide into British society. She was very well-connected, wealthy and with her impeccable taste she amassed an outstanding private collection of art works, iconic design pieces, silver, tableware, furniture and jewellery.

The top lot in the sale was from Lady Victoria de Rothschild’s jewellery collection. A four-row coral beaded necklace, which epitomised her personal taste for statement beads by new designers and craftsmen, achieved £35,000 against a pre-sale estimate of £800-£1,200. Two further stunning coral necklaces from her collection realised £18,750 against a pre-sale estimate of £300-£500. 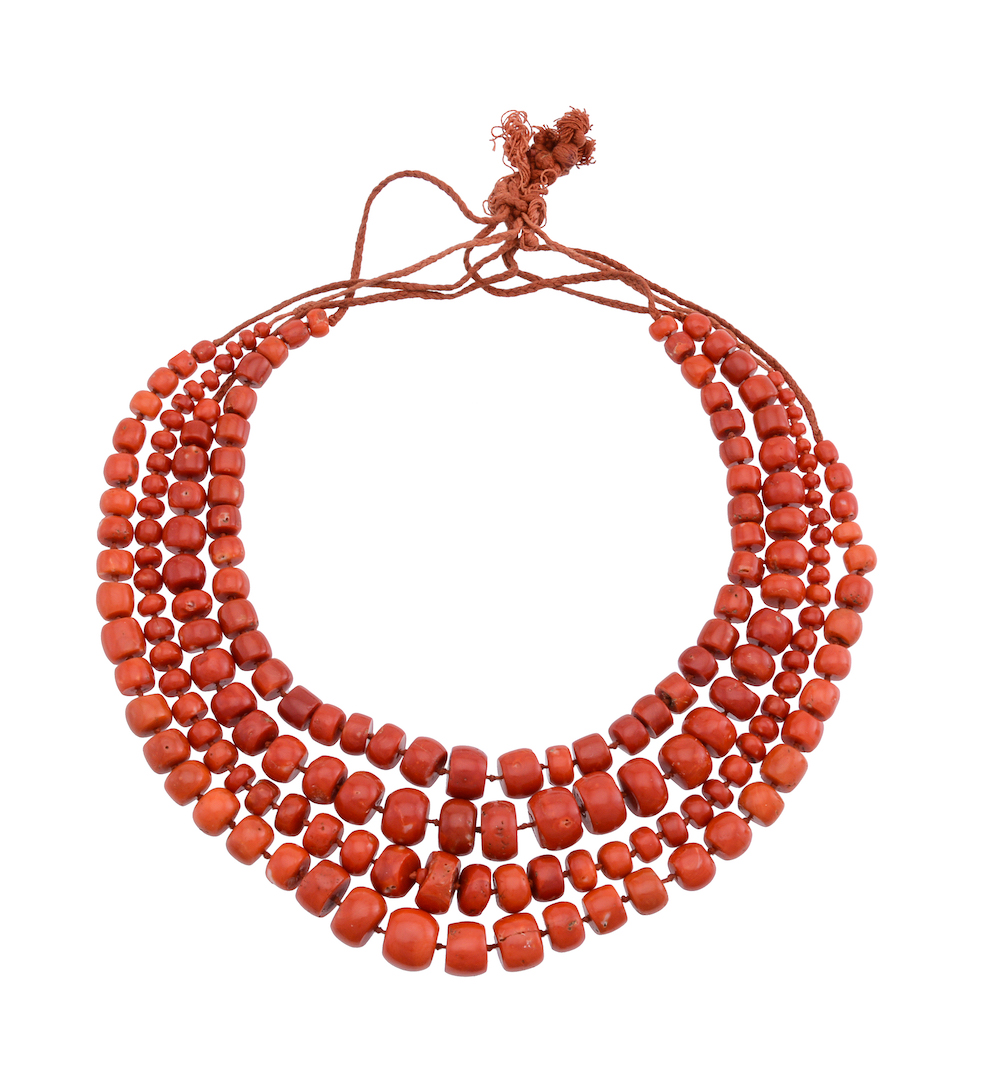 Victoria’s silver and tableware featured unique statement pieces by a range of designers, from antique to contemporary. Among them was a stunning pair of Late George III silver gilt twin-handled cups, by Paul Storr (1770-1844), the greatest English goldsmith and silversmith of the 19th century. Storr was notable for his exquisite tableware, as well as his magnificent Royal commissions for grand monumental pieces. The pair of beautifully detailed cups in the sale were dated 1817 and sold for £32,000 against an estimate of £6,000-£8,000. 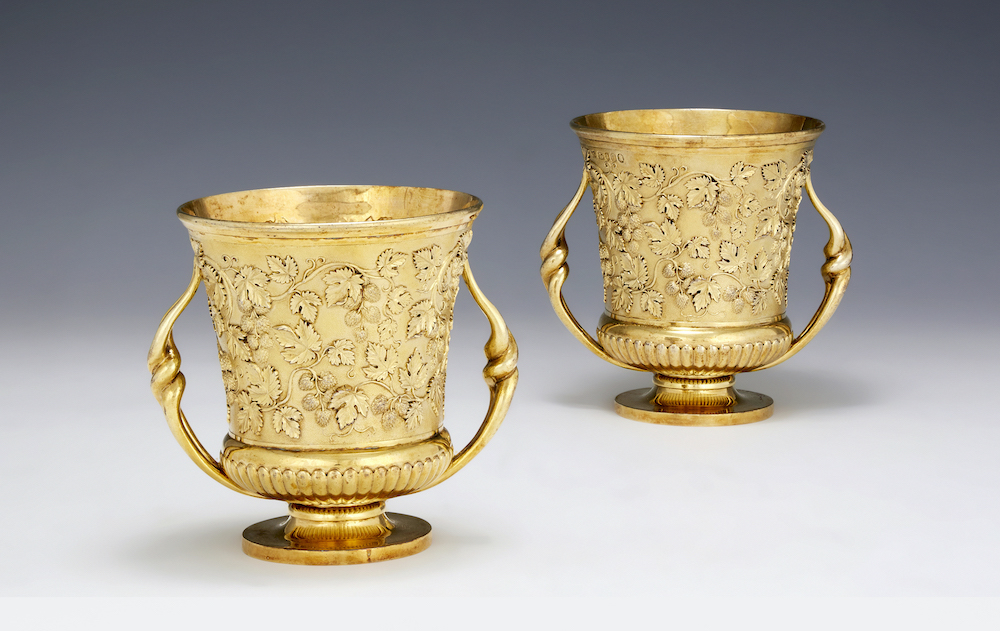 The sale also included a private collection of silver stashed away in boxes by an English gentleman who started his collection in the mid-19th century and was found by the current generation of his family decades later. The fascinating treasure trove was found to contain forty exceptionally rare early spoons, some from as far back as the 1400s.This proved to be extremely desirable with every lot selling!  Among the star lots were some exceptional examples of apostle spoons. Apostle spoons are the most recognised of all antique spoons, as their figural finials depict the 12 apostles, each identified by the emblems they carry. A further detail is on top of the apostle is a round disc (known as a nimbus), depicting a holy dove. Apostle spoons date from as early as the 14th Century and due to their popularity, were produced up until the 17th Century in England. 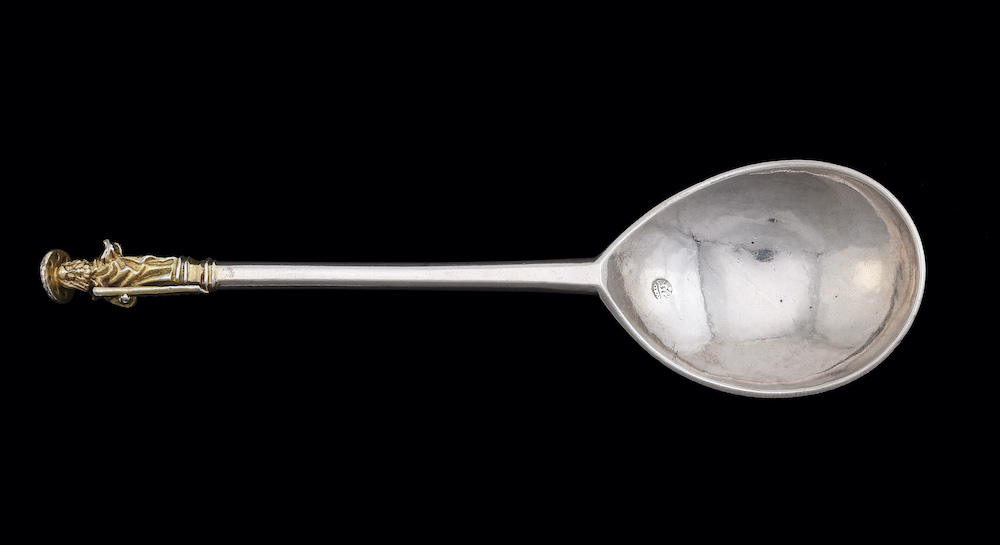 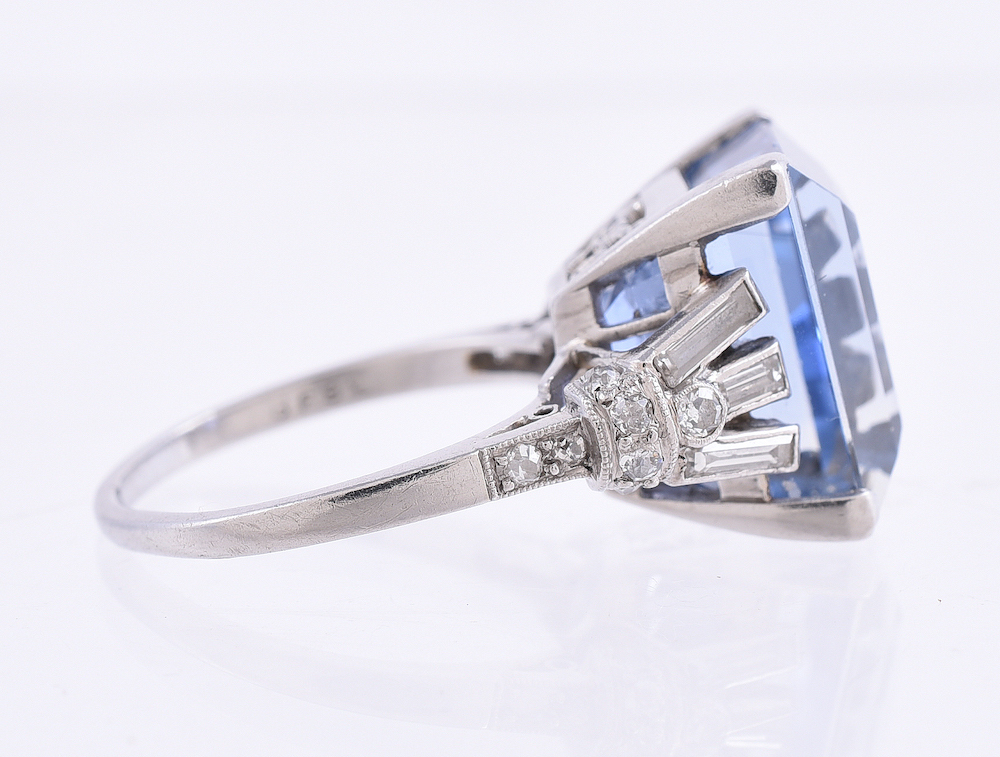 Commenting on the sale, James Nicholson, Deputy Chairman and International Head of Jewellery, Silver and Watches at Dreweatts, said: “It has been thrilling two days of frenetic bidding from buyers all over the world who responded across the collecting disciplines of antique and modern silver, jewellery and luxury accessories. The 549 lots Dreweatts offered spanned a date range of 500 years, from the early 16th century to the 21st century. To be involved with the sale of these marvellous collections has been absolutely wonderful. The market continues to respond in such a positive manner to private collections with unrivalled provenance, as seen in this sale, in which all but one lot, out of the whole auction remained unsold – quite an indication of how much demand there is in the market.”