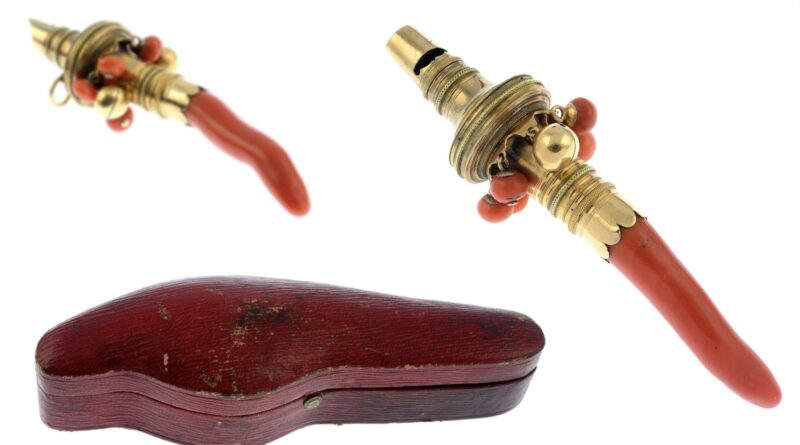 A teething rattle used by Napoleon II could fetch thousands at Fellows Auctioneers, in Birmingham.

The Georgian rattle has an estimate of £5,500 – £7,500 in the Fine Jewellery auction, an extravaganza of luxury jewellery taking place in Birmingham’s Jewellery Quarter on Thursday 31st March. 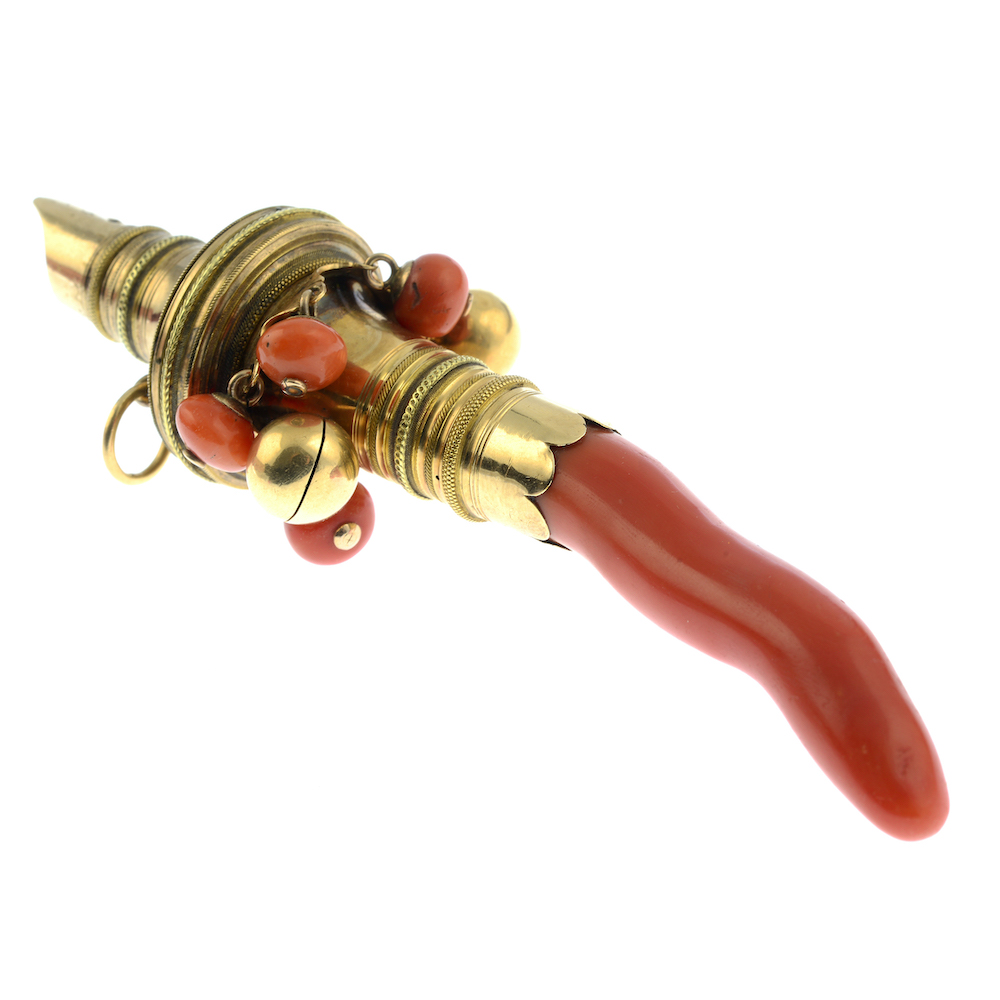 Previously belonging to the collection of the late Patricia Knatchbull, the 2nd Countess Mountbatten of Burma, the rattle was included as Lot 351 in The Family Collection of the late Countess Mountbatten of Burma auction at Sotheby’s in 2021. An accompanying note of provenance with printed address for ‘7 Upper Belgrave Street S.W.1’ is included with the lot. The note reads ‘Original Red Leather Case, for gold and coral rattle which belonged to the little King of Rome – (son of Napoleon I.) bought by Stuart [sic] Hodgson in Paris about 1870.’

Napoleon II was born in March 1811, the son of Emperor Napoleon I. Renowned for being Emperor of France for a mere few weeks in 1815, he lived in Vienna and died of tuberculosis at the young age of 21. 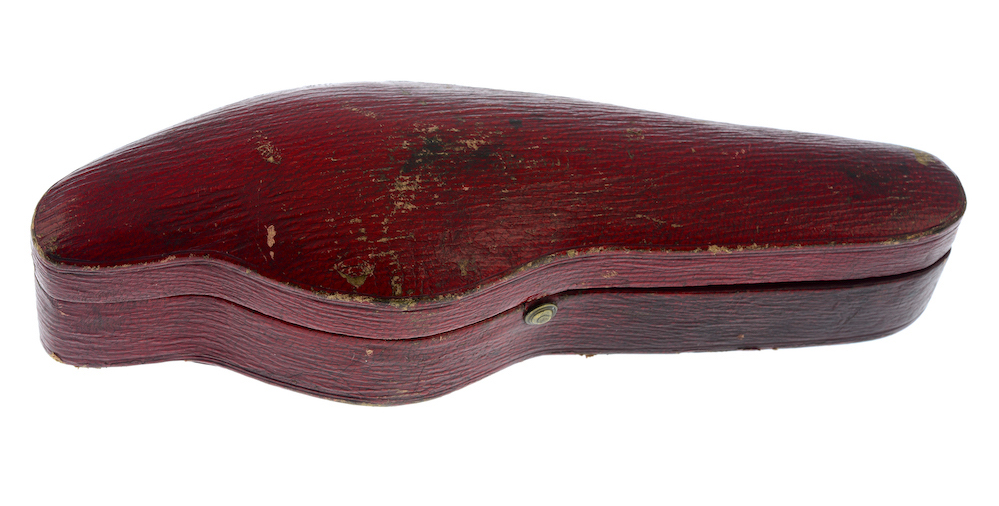 In the late 19th century, the teething rattle belonged to banker and art collector, James Stewart Hodgson, who purchased the item in Paris. It is not known how the rattle came into the hands of Lady Mountbatten who passed away in 2017. Now, in 2022, an unnamed seller has brought the rattle to Fellows.

Sporting some wear, such as dents, small splits and varied discolouration, the rattle is included with its original red case amongst 650 lots of jewellery.

Fine Jewellery is the most luxurious auction of jewellery at Fellows. Offering over £1 million of jewellery in a variety of shapes, sizes and featuring pieces from contemporary brands as well as antique items.

Ben Randall, Senior Catalogue Manager from the Jewellery Department at Fellows Auctioneers, said: “My heart skips a beat when I am able to hold a historic piece such as this rattle touched by the Napoleons, military rulers, emperors, leaders of men. Who might be next to hold the rattle and be inspired to greatness?