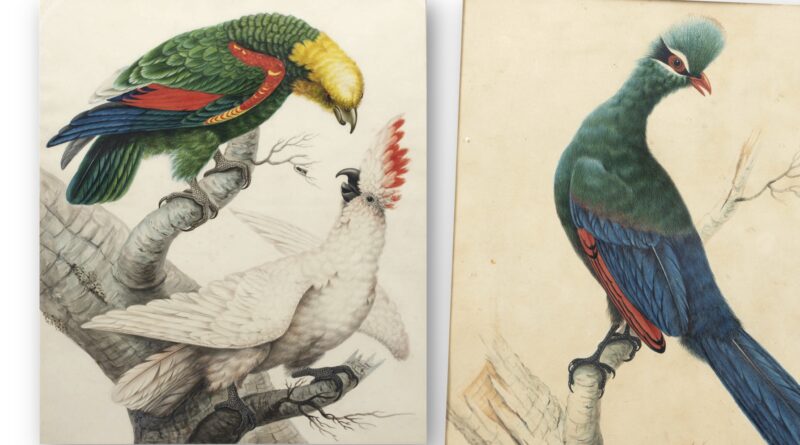 Eighteen watercolours by the British natural history illustrator and painter, Sarah Stone c.1760-1844, which came to Oxfordshire auctioneers Mallams from the estate of Patrick Dockar-Drysdale, were featured in the February Oxford Library sale and these performed exceptionally well, achieving a total price of just under £172,000, almost 12 times top estimate. 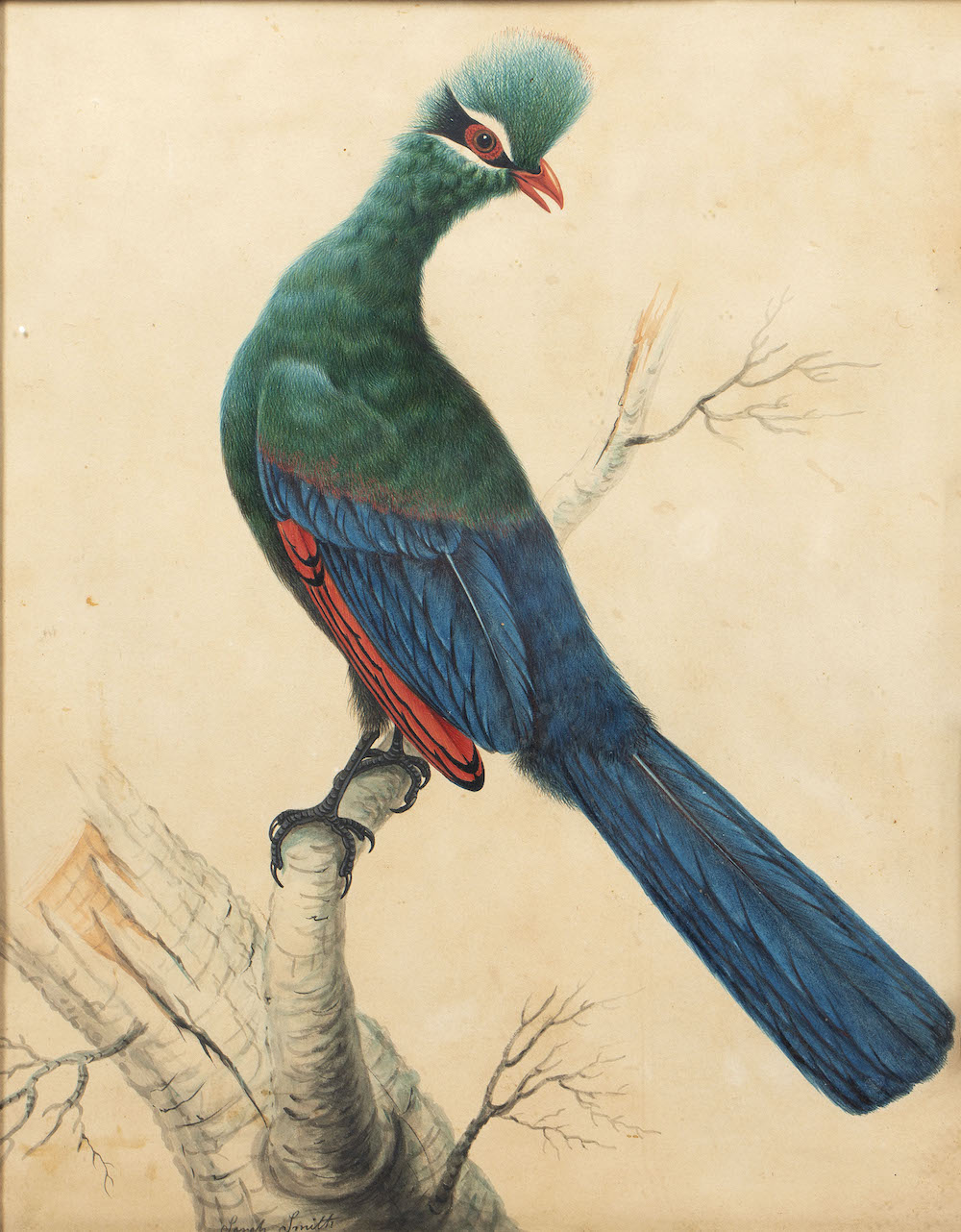 Mallams said that a further nine watercolours by the same artist are to be included in their Art & Music Sale taking place on 6 April, and these are expected to prove just as desirable.

One of the most striking is a watercolour depicting a yellow-headed amazon and salmon-crested cockatoo, signed ‘Sarah Smith’ and dated 1801. This work is recorded in the book ‘Sarah Stone: Natural Curiosities from the New Worlds‘ by Christine E Jackson, published in 1998. 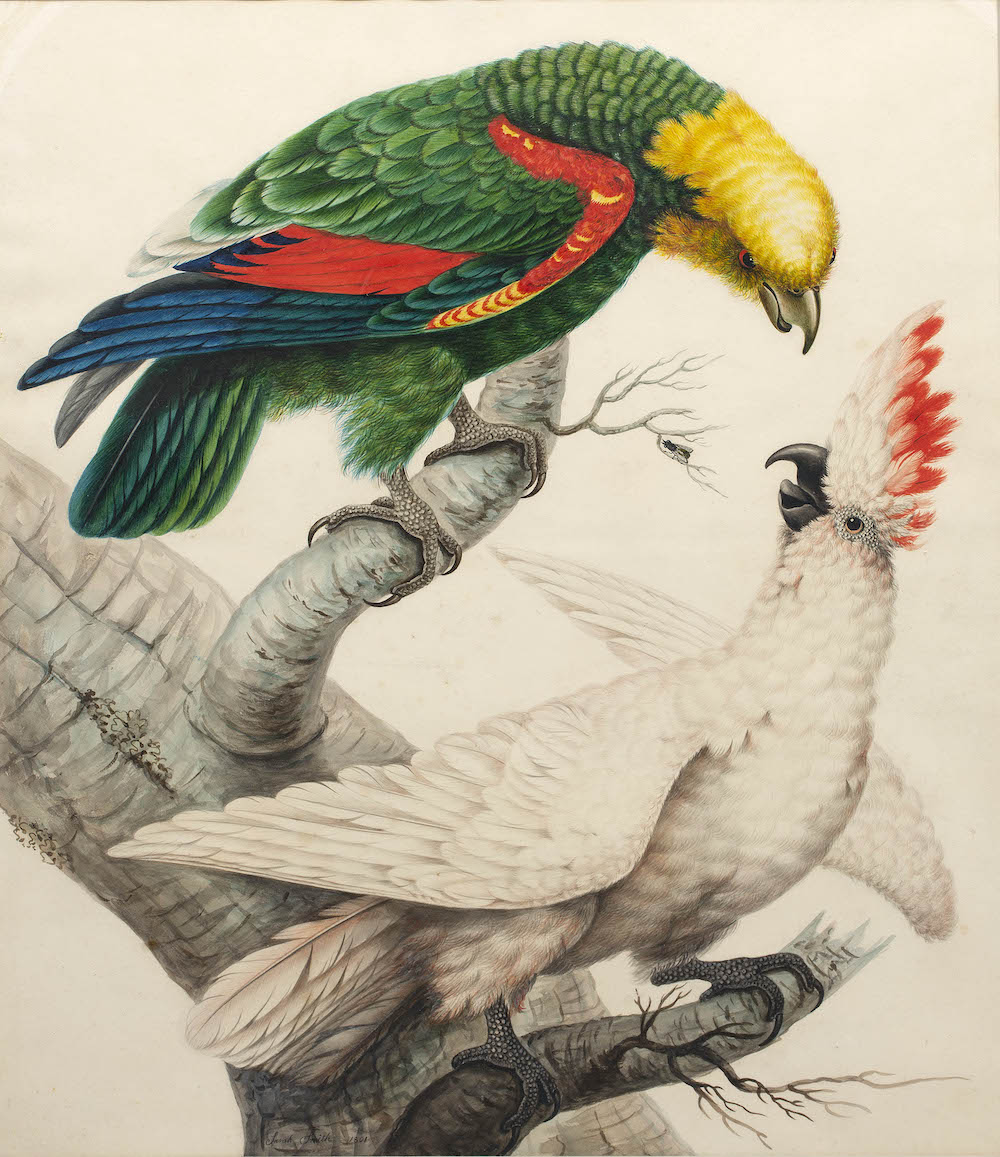 Commissioned by Sir Ashton Lever in the 1770s and 1780s to paint the objects in his Leverian Museum, Sarah Stone’s works depicted many specimens brought back to England from expeditions in Australia and the Pacific, including a number of objects collected on Captain Cook’s second and third voyages.

She was also the illustrator for ‘Journal of a Voyage to New South Wales’ published in 1790 and written by John White. In October 1786, White was appointed as chief surgeon on the expedition to establish a convict settlement in Australia, later known as the ‘First Fleet’, arriving at Sydney Cove in Port Jackson on 26 January 1788, a date still marked as ‘Australia Day’. 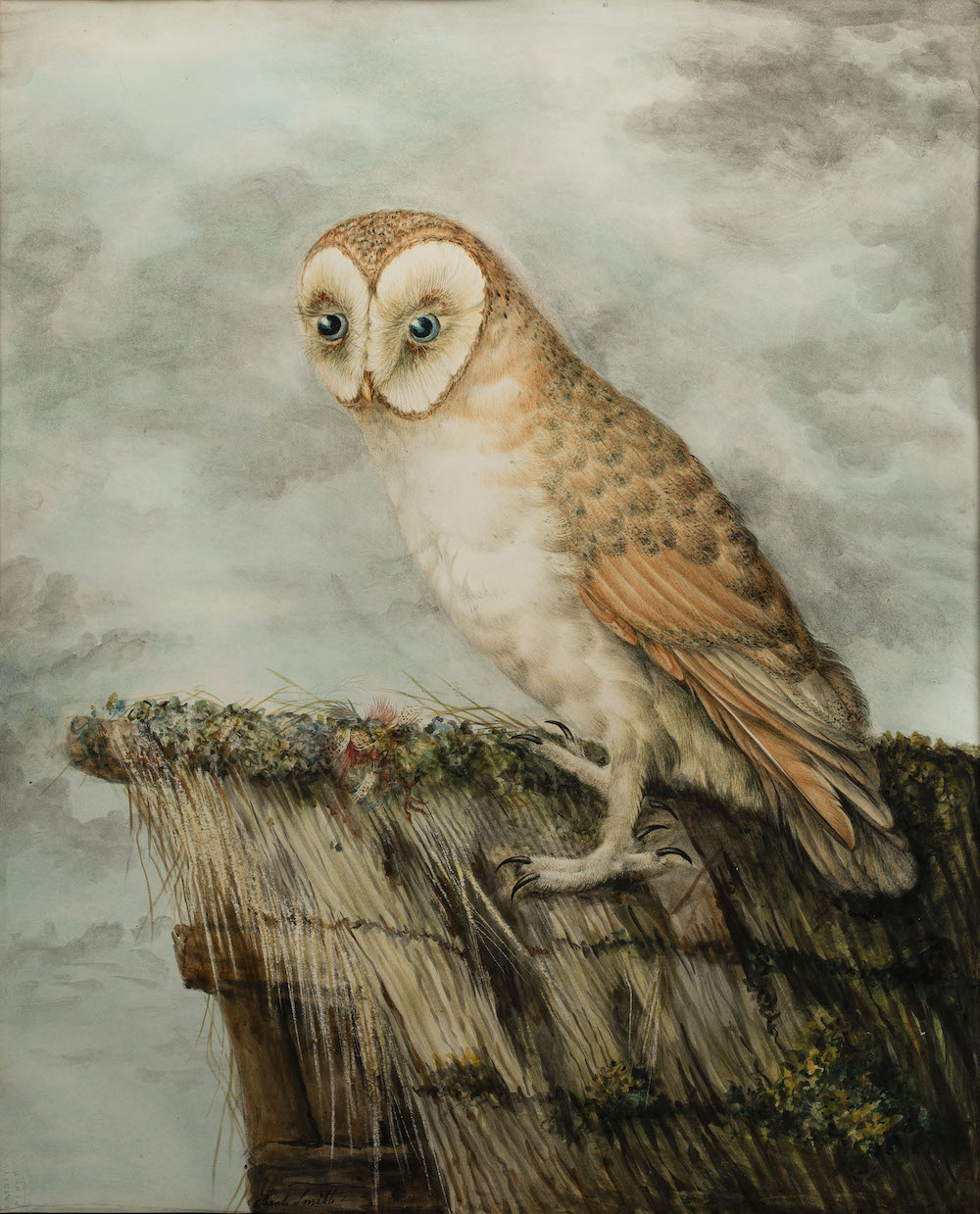 Sarah Stone’s works are currently held by several prominent institutions around the World including The British Museum, the Victoria Gallery and Museum at the University of Liverpool, the National Library of Australia, the State Library of New South Wales and the Australian Museum.