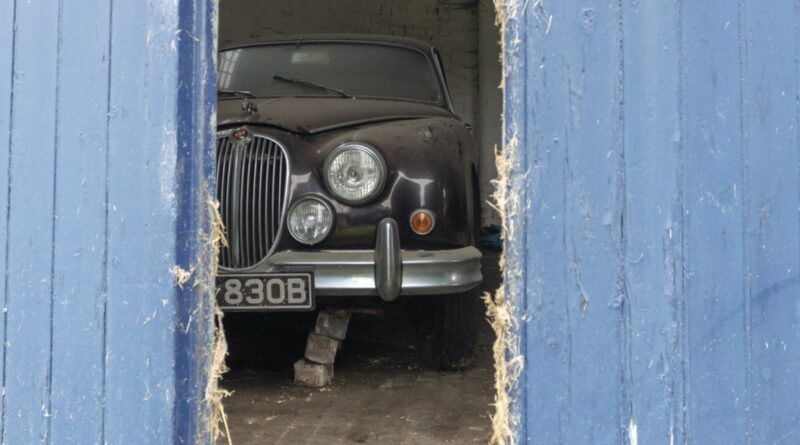 Two rare classic cars – discovered after decades in storage – have been polished to perfection in time for their auction debut.

A 1960 Mark II Jaguar 2.4 manual, owned from new with only 51,000 miles on the clock, and a 1922 Morris Bullnose, which celebrates its 100th birthday this year, are back to their gleaming best after being discovered under dust sheets in an outbuilding near Repton, South Derbyshire.

Steve Fulford, Hansons valuer, said: “The Jaguar is in remarkable original condition given its age. The interior is excellent with superb walnut fittings and black leather seats with red piping. It’s being sold with its original bill of sale and full tool kit.

“The Morris Bullnose is another rare vintage car in original condition. It’s been well cared for by the vendors’ family and comes with its receipt from 1963. It’s had three owners since registration in July, 1922. Now it’s been re-commissioned it looks stunning. In fact, both cars look sensational. Storage dust and grime has been replaced by brilliant shine.”

The vehicles are on display at Geoff Cox Showroom in Denby, Derbyshire. And the man to thank for buying them in the first place – and looking after them so well – is the late Peter McManus.

Charles Hanson, owner of Hansons Auctioneers, said: “Peter was a keen motor enthusiast who treasured his cars and took care of them, as did his son and daughter who inherited them.

“Finds like this in original condition, stored with care in a clean and dry outbuilding, don’t come along often. According to the Peter’s children, the cars represent family togetherness and happy memories.

“Peter bought the Jaguar from new in 1960 but only ever used it on high days and holidays, including some New Year trips to Scotland, hence its low mileage.  Even though it went to Scotland, it was carefully garaged away while they were there. The family took two cars on the trips north. Dad drove the Jag while the sellers’ mum followed in the family Mini.

“Its garage-mate was the Bullnose Morris.  It was sold by G H Robbins of Evesham in 1922 and registered in July that year. Mr Robbins bought it back in 1939 and kept it until he passed away in the 1960s. In 1963 it was purchased by Peter.

“He loved its simplicity and ease of use. His children say people used to smile and wave at them when they were out and about in it.  They recall their father driving them to a sweet shop in Rocester, Staffordshire, to buy sherbet fountains and sunny picnics in Derbyshire and Staffordshire. The Bullnose was also used as a wedding car when the car enthusiast’s daughter married.

“It will be an honour to celebrate Peter’s love of cars at auction. Though born in Rhyl, Wales, in 1923, his family were from Shardlow, Derbyshire, and his grandfather had a butcher’s shop in Kegworth, Leicestershire.  Peter undertook an apprenticeship in engineering in Derby and, during the Second World War, worked on Merlin engines at Rolls-Royce. He died at the age of 94 in 2017.”