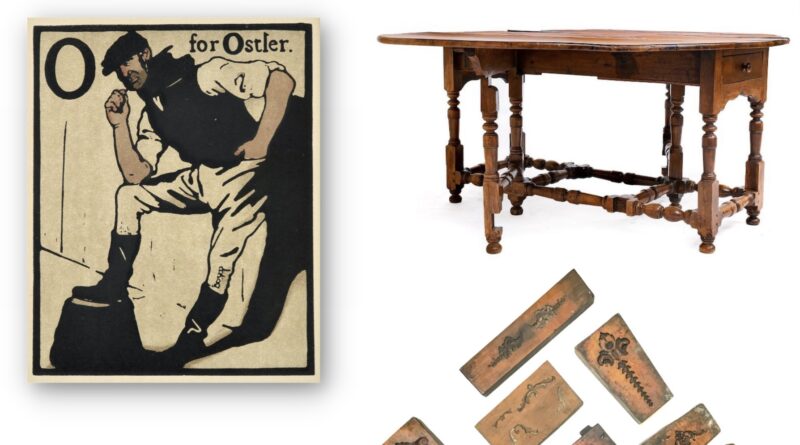 An eclectic mix of art and antiques comes together in a North Yorkshire saleroom with The Country House Sale at Tennants Auctioneers on April 23.

The sale will offer bidders the chance to buy period furnishing pieces and rare collectable items. Included in the sale will be the final instalment of lots from three good private estates, the bulk of which achieved strong prices when they starred in the Spring Fine Sale in March.

However, one of the highlights of the sale is a large private collection of 19th-century moulds for frame making and decorative plaster work. The collection comprises nearly 140 wooden moulds, the majority made from boxwood, which will be sold in 12 lots and include intricate scrolls, cartouches and unusual motifs such as anchors and birds. In addition, several examples are stamped with the names of the craftsmen to which they once belonged. The collection also includes two rare brass drum stamps for making continuous bands of moulded decoration, a folio of 19th–century picture frame patterns and mouldings, and an interesting archive of picture frame labels and trade cards. 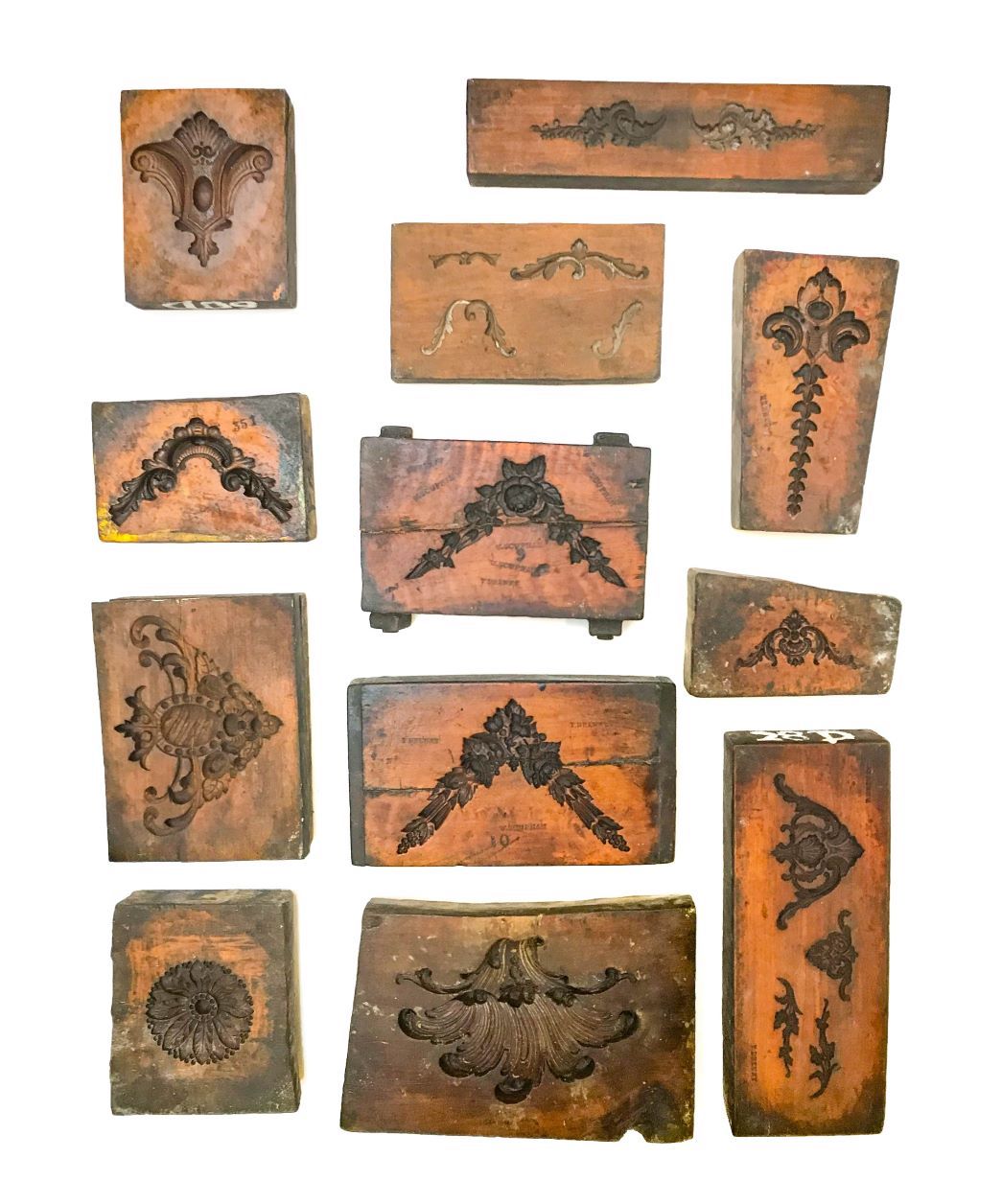 The picture section of the sale offers a good mix of prints, watercolours and paintings incorporating landscapes, sporting and wildlife, and genre pieces. Highlights include a decorative set of 26 framed lithographs from Sir William Nicholson’s ‘Alphabet Series’, sold together with the original binding and estimated at £500-800. Nicholson, painter, printmaker and theatre designer, was commissioned by his publisher William Heinemann to produce the series in 1896, and he illustrated each letter with a character from the Elizabethan to the modern era from A for Artist (a self-portrait) to Z for Zoologist. 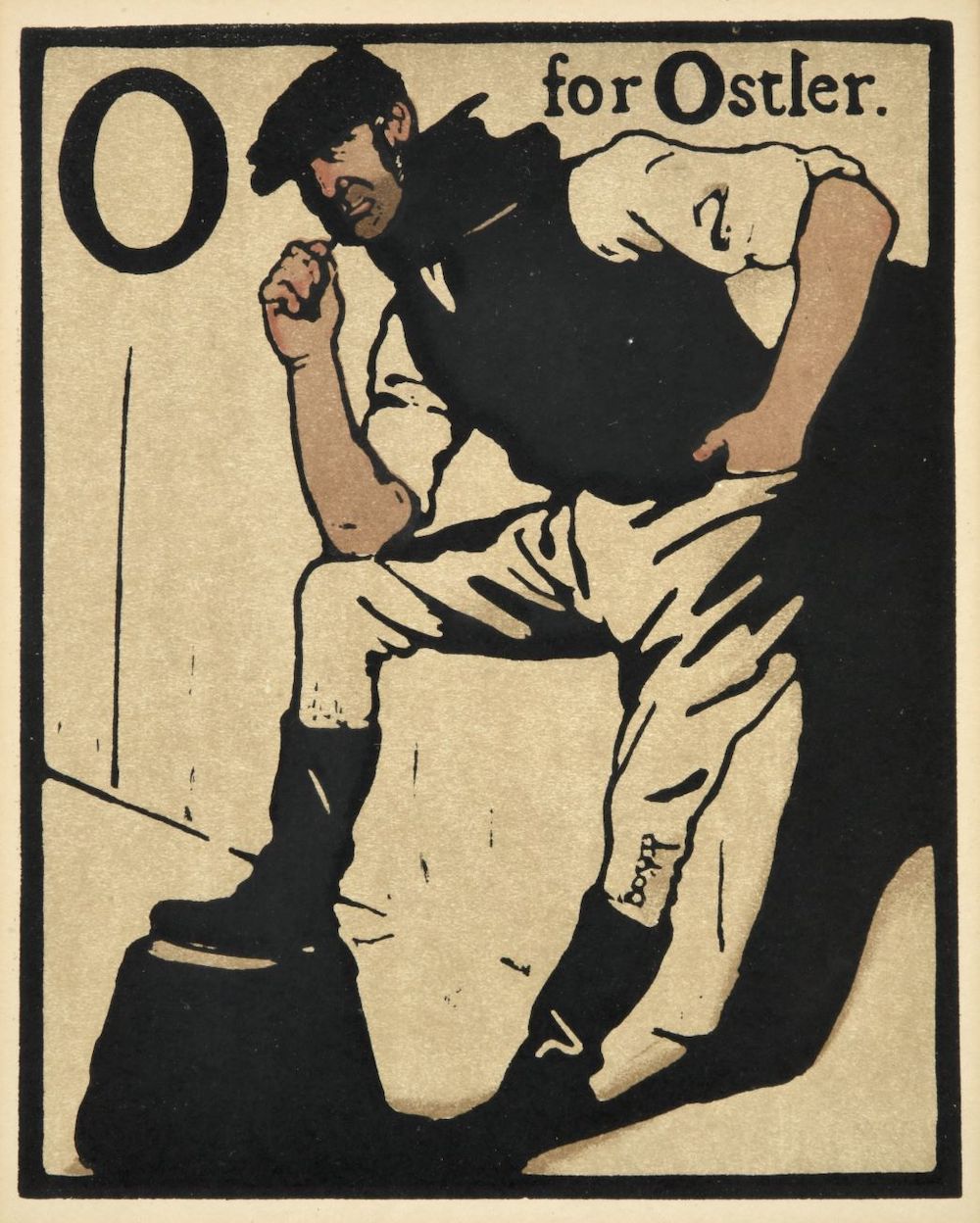 Other lots of note include ‘Unloading the Catch at Robin Hoods Bay’ by Owen Bowen, estimated at £400-600, a pair of late 18th-century British School oval portraits of young ladies painted on metal, carrying an estimate of £250-350; a still life of flowers in a glass vase with strawberries and cherries by 19th-century American artist J. Watson, estimated at £1,200-1,800, and ‘The Magdelen’ by F. Bisoni after Correggio, estimated at £250-350. The section will also include works by Harry Epworth Allen, with provenance from the artist’s studio, such as his woodcut print of ‘Wardlow Mines, Derbyshire’, estimated at £70-100.

Furniture on offer includes a harlequin set of eight mid-19th-century yew and ash Windsor armchairs, with an estimate of £3,000-4,000; a rare 18th-century eight to ten-seater solid yew gateleg dining table, estimate of £1,500-2,000; and a late 19th- century wing-back sofa attributed to Whytock and Reid of Edinburgh, with estimate of £400-600. 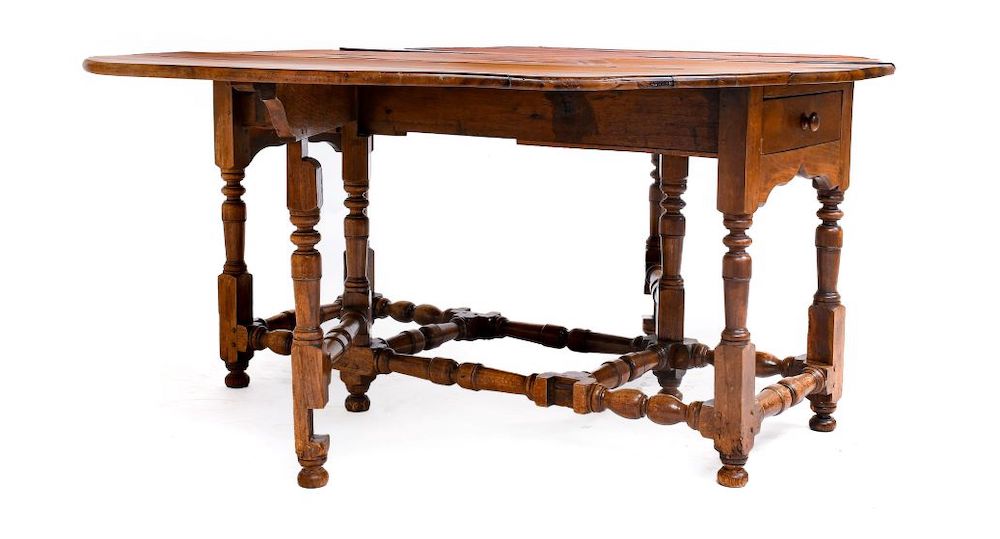 Also of note is a pair of late Victorian circa 1890 walnut writing tables by James Shoolbred, a late George III mahogany tambour-front writing desk, both offered with estimate of £600-800, and a satinwood and polychrome painted Carlton House style desk offered with an estimate of £2,000-3,000.

Further lots of note in the sale include a commemorative mug, possibly made in the Newbottle Pottery circa 1823 remembering two victims, Robert and James Shields, of the Plain Pit disaster at Rainton Colliery, Houghton-le-Spring in which 53 men and boys were killed, estimated at £150-20. Interesting clocks include an 8-inch brass dial striking hooded wall clock made by ‘T.B’ circa 1720, estimate of £800-1,200; a circa 1880 mahogany wall timepiece by Frederick Cox of London, carting a £350-450 estimate; and a mahogany inlaid table timepiece made by Barraud & Lunds of 12 Bishopsgate Street, London circa 1900, estimated at £300-400.

Finally, a good circa 1900 Ushak carpet from Central/West Anatolia with an aquamarine field is offered with an estimate of £1,500-2,500.