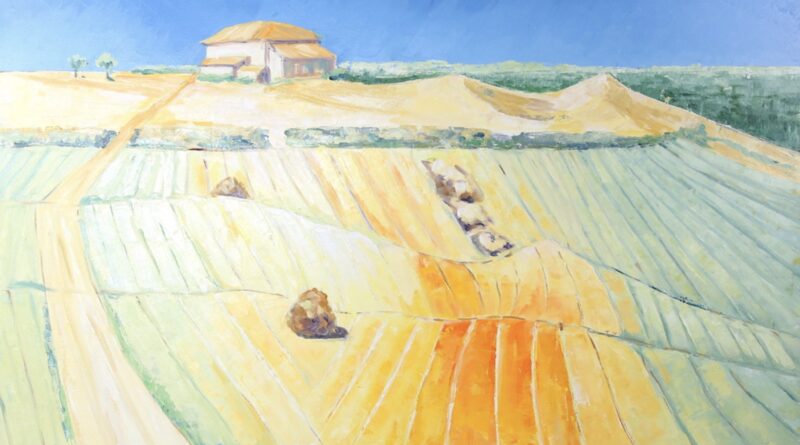 As a model, Maggy Clarysse (1931-2011) worked with Bailey and Donovan, and once pushed Norman Wisdom into a swimming pool; as an artist she worked non-stop for decades, building a keen following in the galleries of the Riviera. 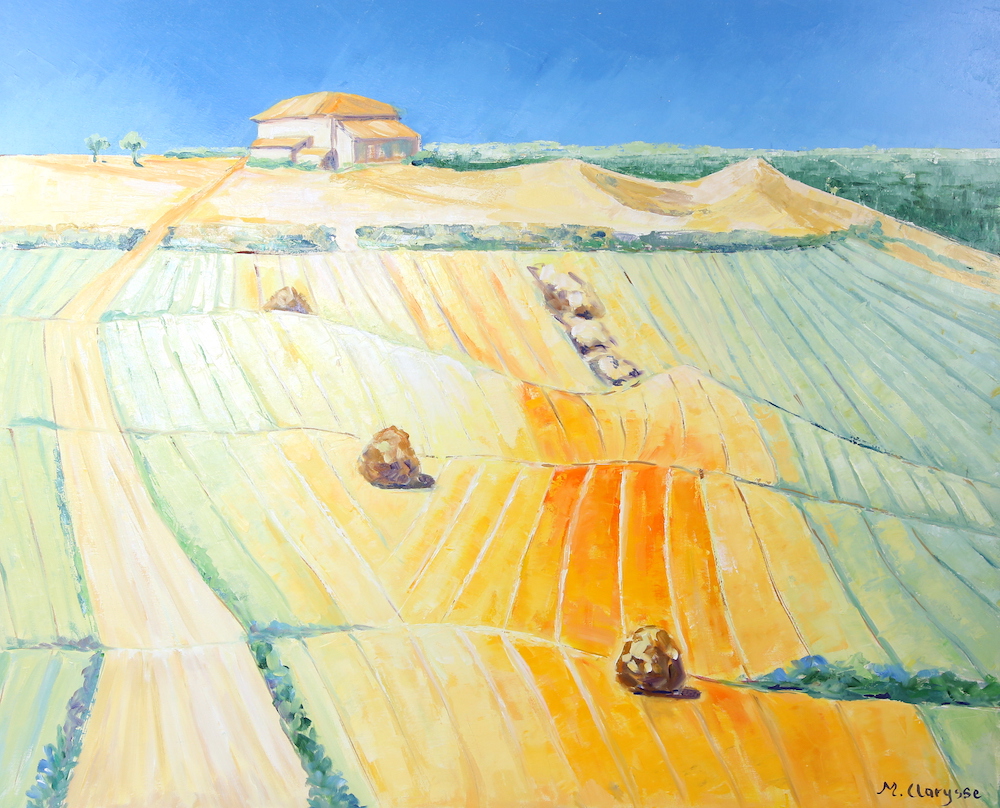 Now the residual collection of art from her studio, hidden away for the past decade, will come to auction at Ewbank’s in Surrey on May 26.

Consigned by her family, the art displays an extraordinary range, from pointillist studies of ponds, via Cézanne-inspired landscapes to Impressionist and post-Impressionist still lifes. “She was like a musician with perfect pitch. She could paint in any style,” said her son, Jean-Paul. 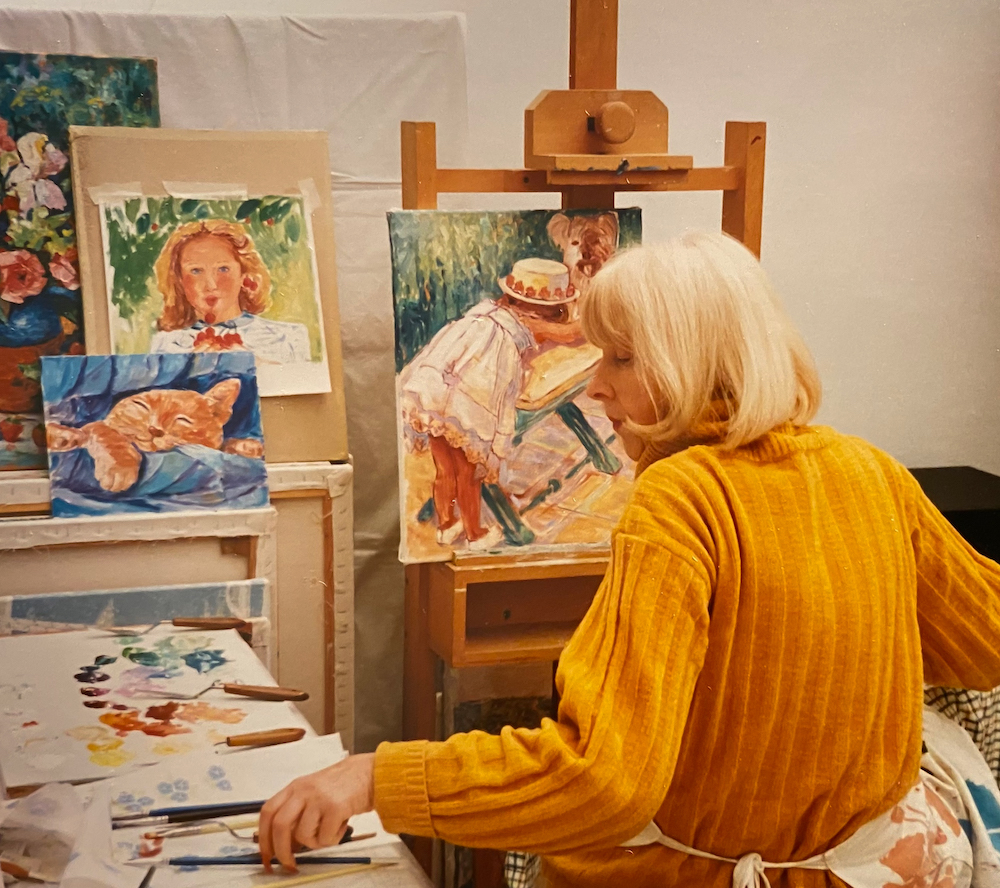 In all, the auction will offer nearly 450 works by a woman who would rise early each day to get to her easel, completing 12 hours of painting, sketching, sculpting and drawing before turning her hand to crafts in the evening.

“She was absolutely devoted to her art,” said Jean-Paul. “She would get up at 6 in the morning and carried on till 6 in the evening. She had such a creative mind that she could pick up any object and turn that into art.”

The art came before and after a successful career as a model from the 1950s to ’70s with all the glamour that it brought with it.

Born in Belgium, Maggy studied at art college in Brussels with the aim of becoming a Paris fashion designer. To that end, she eventually approached a leading couture house to show them her designs. To her delight, they agreed to take her on immediately. However, they did not want her as a designer, but as a model.

This led to work in Paris, London and around Europe, with Maggy basing herself first in Germany and then in Paris as a couture house model and then a model that appeared in Vogue.

She was photographed by Terence Donovan and David Bailey, with one shoot ending up with her pushing the then leading film star, Norman Wisdom, into a swimming pool – her reasons for doing so remain shrouded in mystery.

It was while on holiday in the south of France in the late 1950s that she met her future husband, an English businessman, and they then married and move to London.

“She decided to give up modelling when I was born,” said Jean-Paul. “To her, the glamour days of chic long dresses were over, and modelling had become much more commercial. It was then that she turned her exceptional work ethic towards art.”

Maggy painted from dusk to dawn for many decades up until her death in 2011, and enjoyed considerable success commercially. 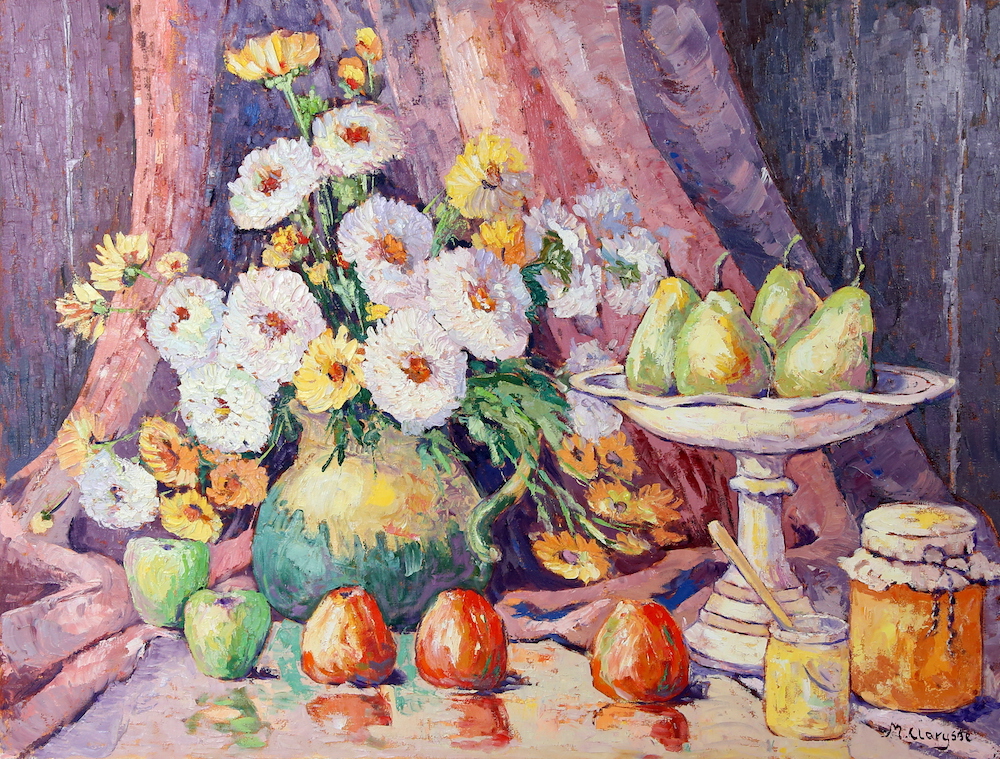 “My parents would divide their time between London and their home in the South of France, and she hosted several exhibitions a year between the early ’70s and late ’2000s in both London and Antibes.”

“I would say that she simply had a limitless number of ideas and the energy to fulfil them,” said Jean-Paul. “In the 1980s a number of her friends were Royal Academicians and told her she needed to join. She started to apply but gave up because she was solely driven by the creative process and felt that membership would get in the way of that.”

Maggy worked in oil, stretching her own canvases, watercolour, pencil and charcoal. She sculpted and etched, and even mastered screen printing.

“Just about the only thing she didn’t do was mix her own paints,” says Jean-Paul. “But she studied many techniques and developed her skills over the years. She had perfect colour sense and an extraordinary ability to master different mediums.”

She could also paint in many styles, “from Old Master to Impressionist. If anything, finding her own style was her biggest challenge.” 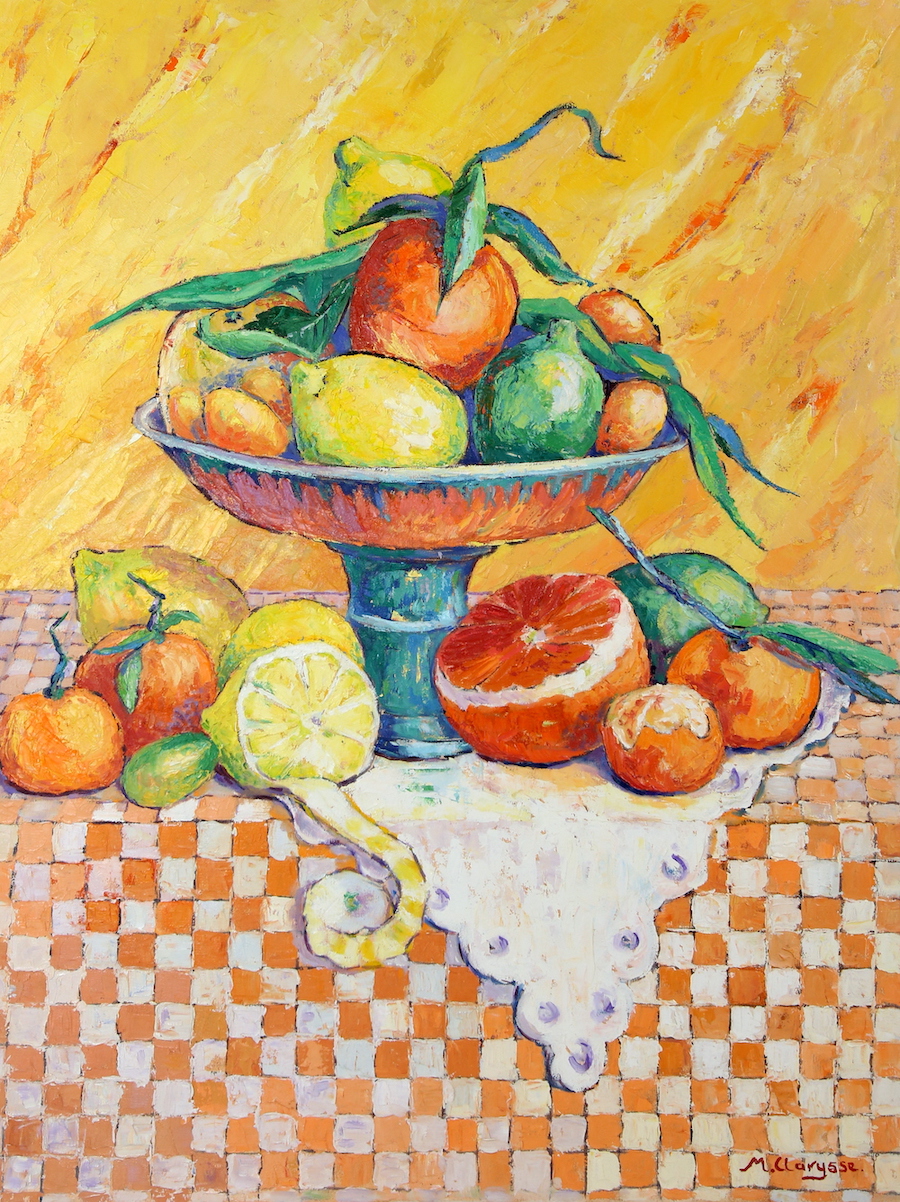 Even at the end of a long day in her studio, Maggy was still buzzing with ideas. “She never switched off for a single moment. Her idea of relaxation in the evenings was macramé or needlepoint,” said Jean-Paul.

Works in the auction are all pitched no higher than the low hundreds individually in order to provide an opportunity for a large number of bidders.

“Maggy Clarysse was a creative dynamo, whose vibrant character lives on through the expressive palette of her studio legacy,” said Ewbank’s partner Andrew Ewbank. “It is easy to see how the unique light of the South of France inspired her, and one of the many strands of her talent was the ability to capture its warm, shining glow in her colourful compositions.”