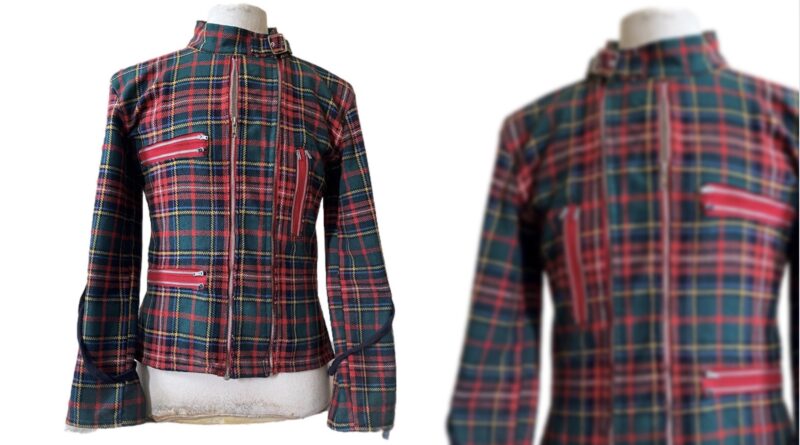 An iconic punk jacket by ground-breaking Birmingham designers could excel at auction, all thanks to 1970s clothes swap. 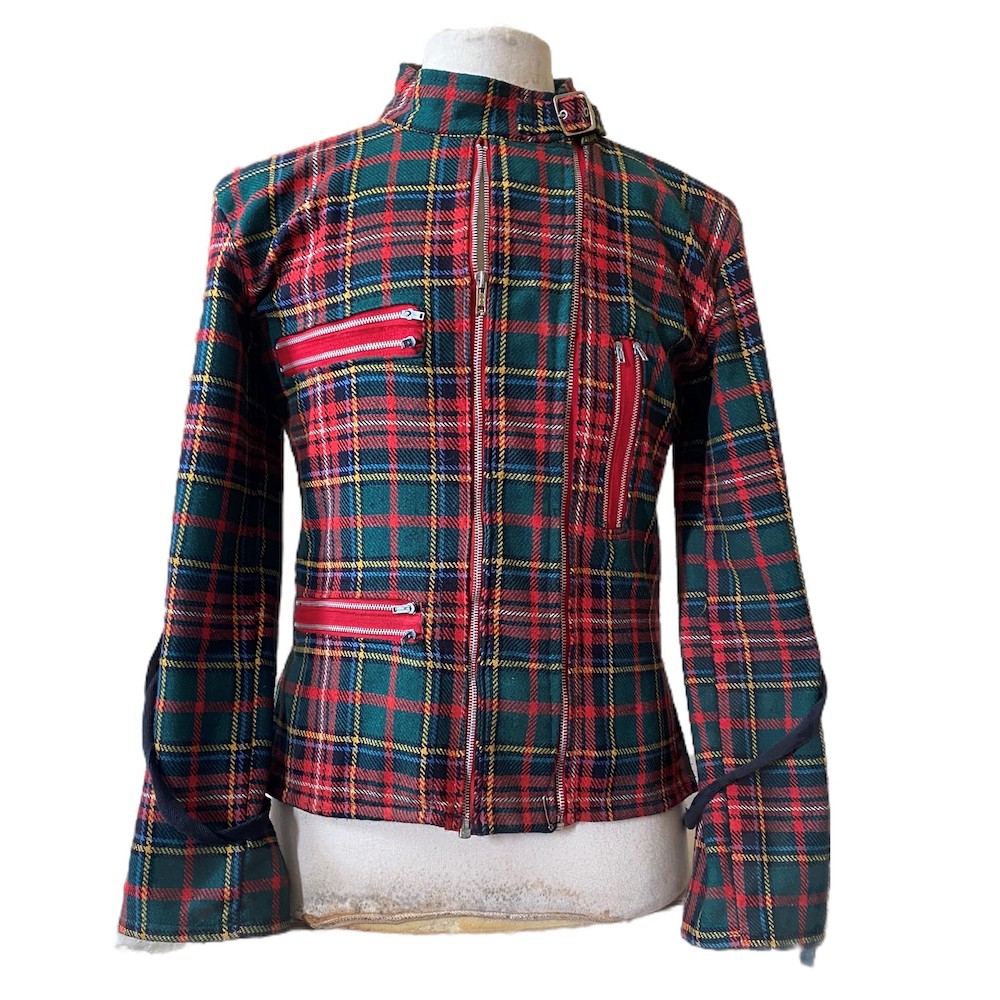 The vintage designer jacket from the 1970s punk rock era could net a Stafford man a tidy sum at auction thanks to a clothes swap 43 years ago.

In 1979, punk music fan Thomas Lowbridge swapped his denim jacket for a friend’s tartan bondage jacket made by Birmingham designers Kahn & Bell – and now it’s worth hundreds of pounds.

He realised he’d made a wise swap decades later in 2018 when an expert on TV’s Antiques Roadshow valued it at £400-£600. Now the early punk design is set to go under the hammer in Hansons Auctioneers’ May 31 Fine Art Auction at Bishton Hall, the firm’s Staffordshire saleroom.

Virginia Ewart, clothing valuer for the auction firm, said: “Kahn & Bell was a fashion label and boutique established in 1976 in Hurst Street, Birmingham. It was headed by Jane Kahn and Patti Bell who’ve been described as Birmingham’s answer to Vivienne Westwood.

“Thomas’s punk jacket is exciting as it pre-dates this era. It was made in the first two or three years of the label’s existence, before they opened a second boutique in London and reached a wider audience. It will be one of very few made. Hardly any will remain.

“Thomas took the jacket to the Antiques Roadshow when the TV team visited the Black Country Museum. He sent them a photo and, much to his surprise, they wanted to look at his punk-style designer jacket. He was even more surprised to see it end up on the show.

Thomas, 58, a retired building site labourer, said: “I was overwhelmed by the valuation they gave me. It was definitely a good decision to swap it for the denim jacket. I can still fit into it – just – but it’s time to sell. I did use it for a party where you had to wear anything tartan but, other than that, it’s just been hanging in the wardrobe.”

Though being diagnosed with Parkinson’s Disease forced Thomas to retire early, nothing can stop the music: “I still attend punk gigs, the last one being the UK Subs at The Robin, a music venue in Bilston, Wolverhampton.”

He was prompted to sell as he’d noticed items from the 1970s and 80s were in demand at auction: “I have an interest in vintage stuff and I’m always surprised to see things I remember as a child, like Chopper bikes and matchbox cars, making money at auction.  As I don’t wear the jacket, I’ve decided to try my luck at auction. I chose Hansons as I’ve recently moved from Sutton Coldfield to Stafford and often pass Bishton Hall.”