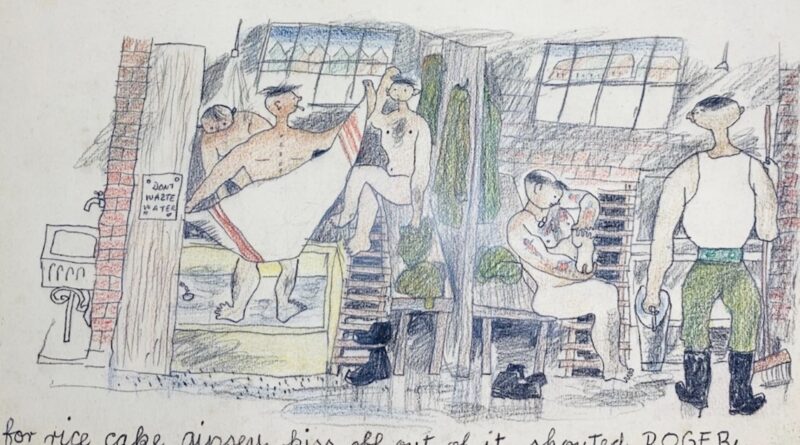 Cat-inspired artwork by an unknown Second World War soldier could stun at auction after languishing in a loft for more than 70 years – and being dismissed as worthless but going viral ahead of the sale.

Antiques experts and a war museum told the owner of two manuscript illustrated books from 1943 featuring a cat’s take on WWII army camp life that they were of no value.

But Jim Spencer, works on paper and books specialist at Hansons Auctioneers, disagrees. He has hailed the artwork as ‘brilliant’ and ‘like a beautiful children’s book’. When he asked his Twitter followers for their opinion it sparked viral raptures of delight and interest from US publishers. The thread sparked 650 retweets and thousands of likes and comments.

Responses included: ‘I love these!!! What a fabulous collection, full of captured moments in the camp…I love the cat perspective of things. The drawings are exquisite! Wow! I would love this book.’

‘Holy moly—I don’t have sufficient exclamation, but these are SO striking, beautiful, affecting.’

‘This is magnificent! The quality, the commitment, the insight, the charm – appalled that they were rejected by people who really should have known better.’

‘I agree, can’t believe the vendor was met with so much dismissal and compete lack of interest when he tried to show people. I was completely blown away.’

Now the books, bound in crude wrap-around folders constructed from salvaged army supplies, are set to go under the hammer in Hansons Auctioneers’ July 5 Library Auction with an estimate of £2,000-£4,000 – and interest is strong. 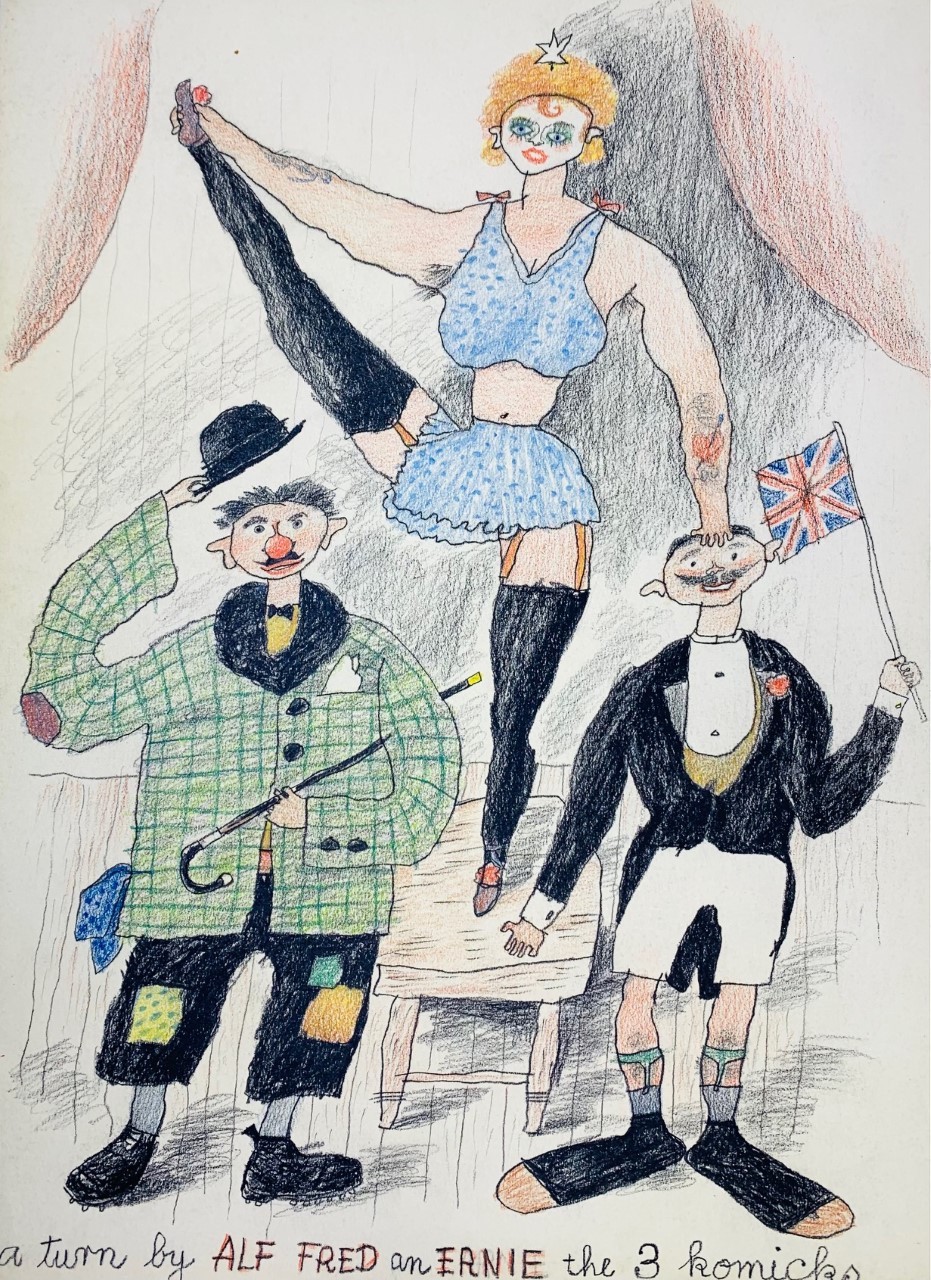 They are packed with multiple artworks and captions which are quirky, fun, gentle and charming – all drawn and written, complete with spelling errors, from the perspective of the army camp cat.

Jim said: “The vendor, Richard Minton, approached me as a last roll of the dice. They’d taken the folders to an antiques valuation event where they were apparently described as ‘just prints’ and nothing of any significance or value. They then took them to a war museum, having considered donating them, but again were met with a dismissive response.

“The vendor called me to arrange a valuation, and it didn’t sound like something I’d be too excited about, especially if they’d already been batted away by experts, but I was intrigued enough to invite him over to Bishton Hall, Hansons’ Staffordshire saleroom.

“When I opened the folders, my eyes must’ve lit up. I just kept saying ‘I love it’. The vendor was visibly lifted by this response, as he’d finally found someone who appreciated them. The blended crayon reminded me of the work of artist Raymond Briggs. The naive style was so charming. I’ve handled 13th- and 14th-century manuscripts but this was the most remarkable illustrated work I’d ever assessed. 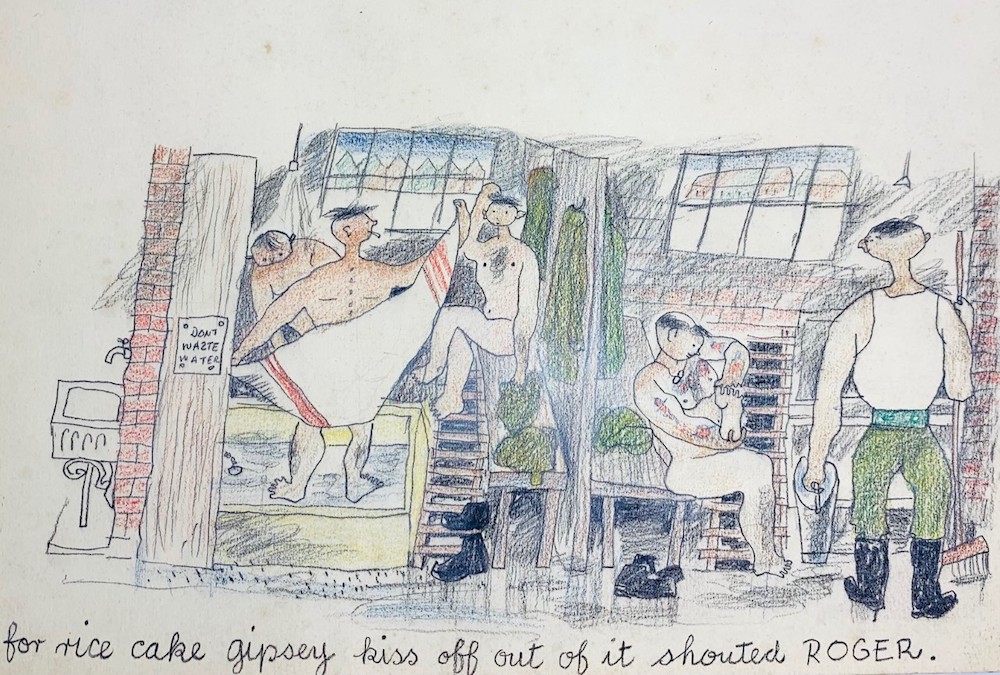 “I suspect many militaria specialists would’ve overlooked the significance of these illustrations. These aren’t medals, or weapons, or uniforms, and they’re not even depicting the battlefield. But I looked at these as a work of art.

“All the incidental detail of passing time in camp. The artist captures everything so perfectly, from peeling potatoes to cleaning between toes. He even captures the texture of itchy bedsheets. It’s art – brilliant art. It’s seemingly untrained and naive, charming beyond words, comical, but deceptively clever in composition and style. And it’s all from the perspective of a cat! It deserves to be published and seen by the world. 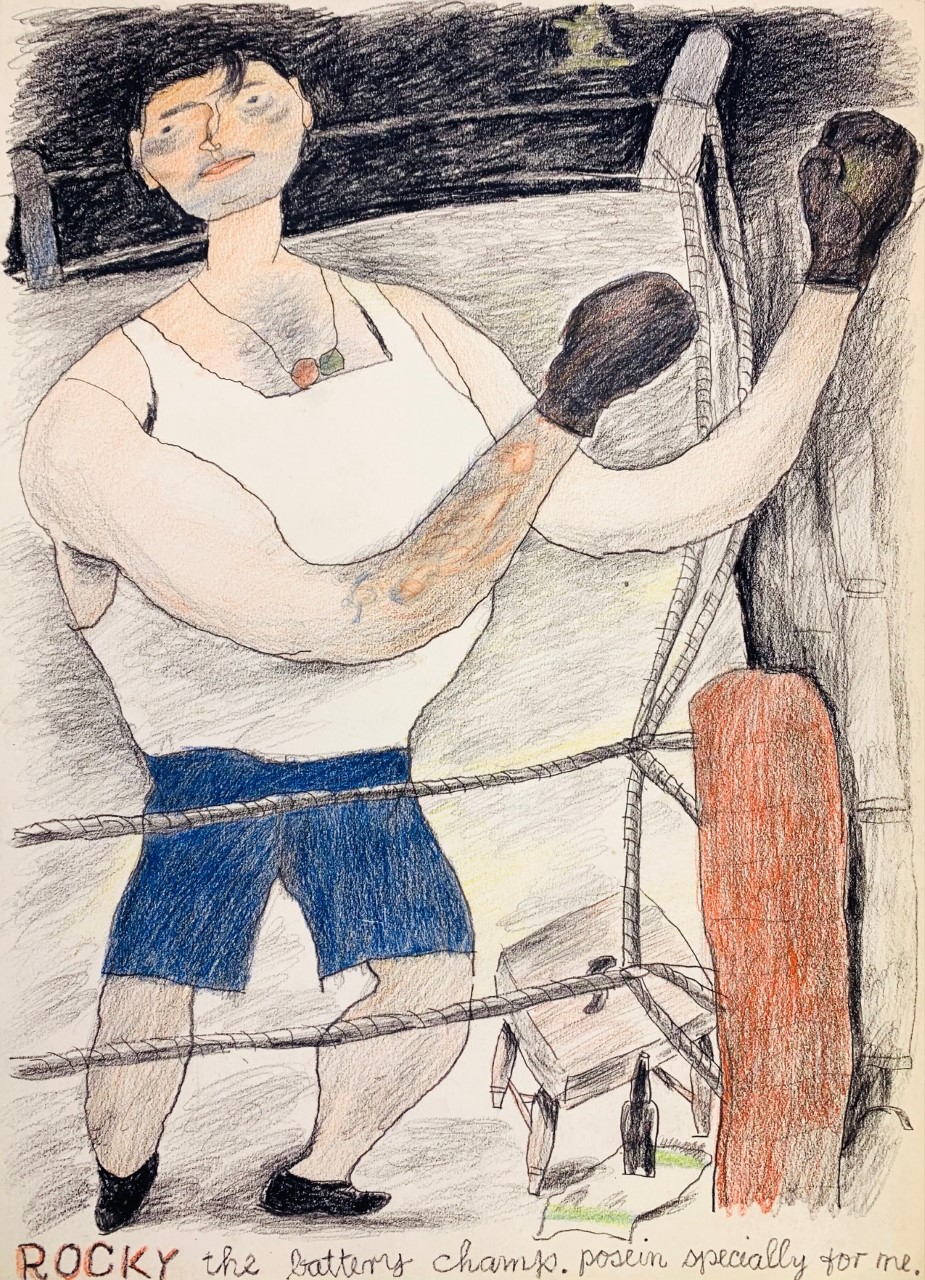 “The vendor explained the history of the illustrations. They are by an unknown soldier who didn’t make it back. They were rescued by a friend in camp, his uncle, also called Richard Minton, and kept in his loft for 50 years. The seller inherited them around 1990 and they’ve been in his loft ever since.

“I’m always looking to unearth things and rescue them from obscurity, reveal their true importance or beauty, and this is very much one of those things where I just need someone to listen. I feel a sense of duty to the artist. I posted a thread on Twitter and it went viral. Artists and publishers in the USA have been in touch. It would be the highlight of my career to see this work published as a book. I would treasure a copy for my own children.”

The seller Richard Minton, 67, from Newcastle under Lyme, who works for a nursery supplying plants to the National Trust, said: “I was left the artwork by my Uncle Richard as he didn’t have any children. They were stuffed behind a water tank in his loft in Rushbury, near Shrewsbury, for about 50 years and then ended up in my loft.

“I immediately loved the artwork and camp cat story. I took the manuscripts to a war museum in London but they said they had archives of material and didn’t know what to do with them. I then took them to an antiques expert who dismissed them as prints. I wasn’t very impressed as they were clearly pencil work. I also took them to an army museum in Shropshire. They were very nice and loved them but didn’t seem to know what to do with them. 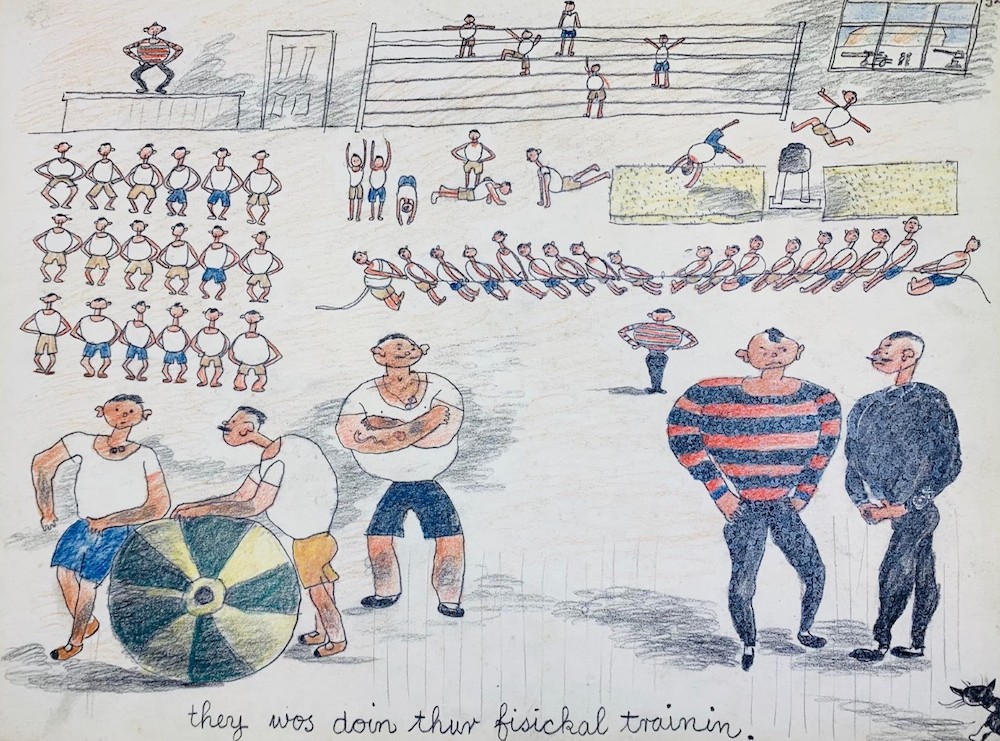 The ‘author’ of the unknown soldier’s book is Little Purr, the camp cat – or kamp kat, and the books view everyday camp life from the cat’s perspective.  Consequently, we meet Maurice the Mess Officer having a sly taste of a banger (sausage); a football match, the ‘norty’ soldiers, the ‘charr waller’ enjoying his tea; Curley doing the spud bashin’; the medical room full of ‘pore urted soldiers’ and Mush the rat catcher ‘wi sum of mi dreaded enemies’.

The scene is set on a page entitled ‘The Alterbyografy of a kamp kat’. It reads: ‘I was born in a gurd room. My mum wos a kookouse kat. I don’t know much about dad cos he was a bit of a rover and left my mum when I was born.

‘My ‘ome was a box bi the stove. I had 2 sisters and a brothur. Wen us grue up a bit them others wos took away to nice omes an me was left in gard room an made a fuss of. My mum went orf wif someone else and I was left alone. The solgers all liked me and wood bring me sum of their milkie and bits of skrap meat to eat an’ I grue up to be a nice pretty kat…’

Jim said: “The misspelt words add to the childlike charm and fit in beautifully with the imagery. Bearing in mind these books were created 79 years ago, what we also have here is a flavour of army life during the 1939-45 conflict. They are both art and historical record.”

The manuscripts will be offered in Hansons Auctioneers’ July 5 Summer Library Auction at Bishton Hall, Staffs.