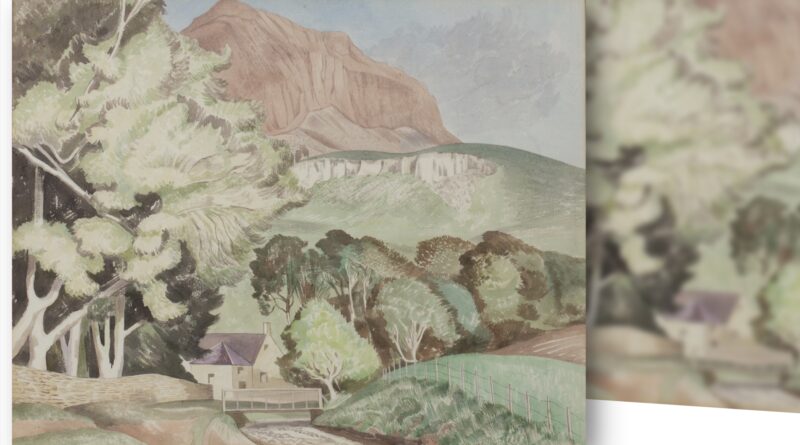 Coming to Mallams from the estate of Patrick Dockar-Drysdale, it was a highly contested lot, with the final hammer price pushed to £19,000, well above its £3000-£5000 estimate. Max Fisher, the sale specialist, said: “This John Nash work, depicting Talisker in the Isle of Skye, was an outstanding example of Nash’s later watercolours and clearly captured bidders’ imaginations.” 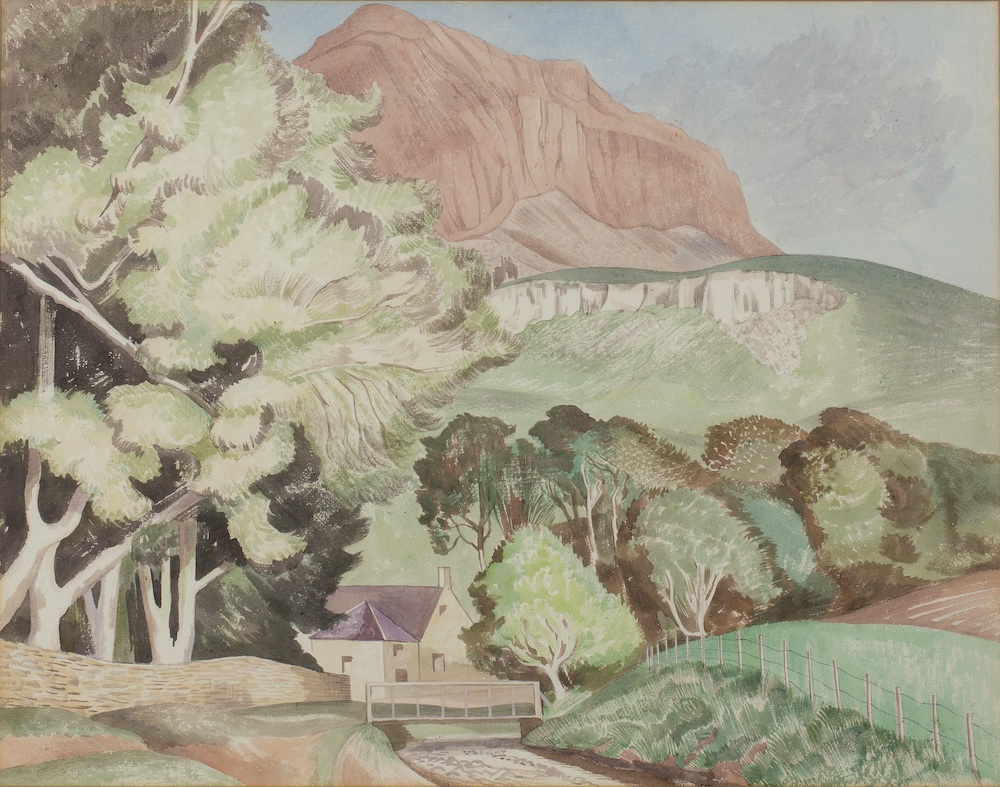 Overall the sale achieved a mid estimate of £370,000, with approximately 900 online bidders, as well as a good number of bidders in the saleroom for the first time since 2020.

A handful of works by the Modern British painter Mary Fedden (1915-2012), were featured in day one of the sale and a signed oil painting entitled Garden View, performed particularly well. A great example of Fedden’s style of flower paintings and still lifes, it was signed and dated 1993 and came to Mallams from a vendor who purchased it from the Portland Gallery London, where it was exhibited in 2009. Estimated at £8,000-£12,000, this striking painting finally sold for £17,000.

An atmospheric oil painting, Figures in the Rain, by Walter Sickert (1860-1942), also piqued interest. Sickert is considered one of the most important artists of the 20th century, and favoured brutally realist subject matter. Some people believed he was (or fantasised about being) Jack the Ripper, fuelled by letters he wrote to the police in 1888 and a painting of his own flat which he called Jack the Ripper’s Bedroom. Sickert’s work Figures in the Rain, which came from the private collection of Professor Nigel Glendenning, was estimated at £4000-£6000 but a bid of £14,000 eventually sealed the deal.

Another oil painting that proved popular was Rain over Arran by Scottish artist William George Gillies (1898-1973). Exhibited at The Royal Scottish Academy, Edinburgh in 1972, and Illustrated on page 43 of the catalogue, it achieved its top estimate of £10,000.

A Lucie Rie (1902-1995) bowl dating from circa 1960 was one of the top performers on day two of the sale. Produced from mixed clay with a spiralled glaze and impressed potter’s seal, it sold for £2,800, just short of its top estimate.

Max Fisher said “We were really pleased with our latest edition of Modern Art + Design, with good names making exceptional prices. It was also really nice to welcome bidders back into the room, with the added excitement that brought to the auction.”