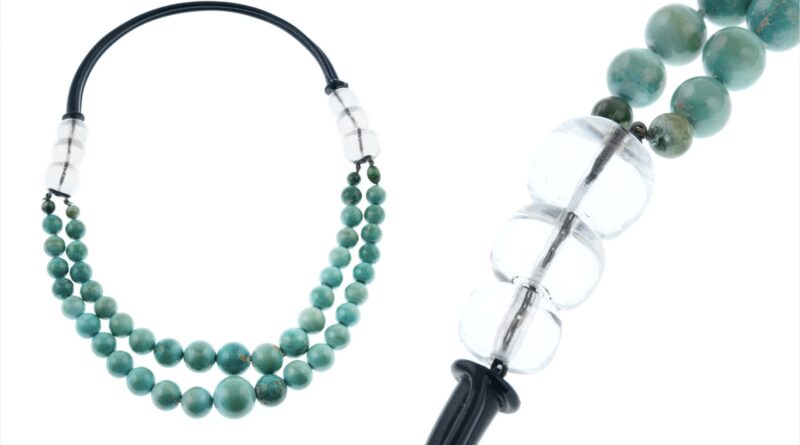 A rare necklace made by iconic Parisian jeweller René Boivin has sold for over £40,000 at a recent auction in Birmingham. 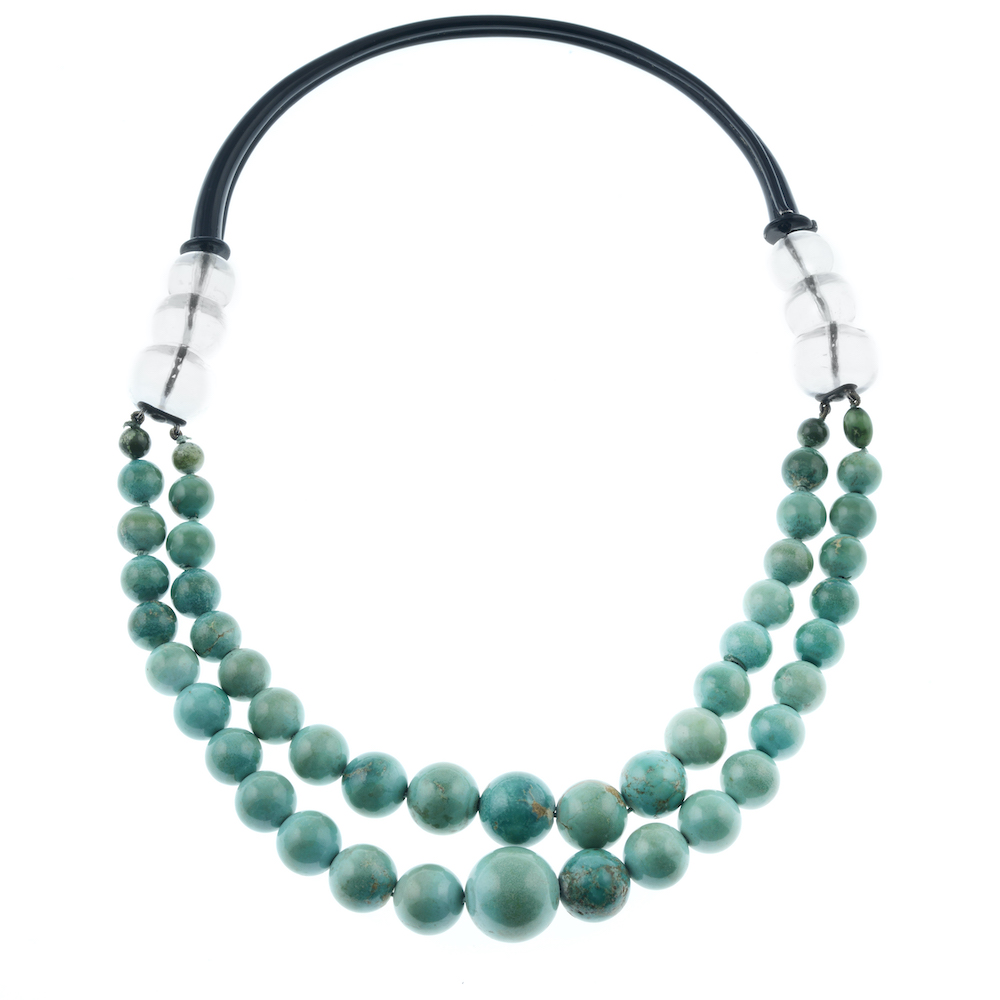 The lot featured on the front cover of the auction house’s Fine Jewellery catalogue and received a large amount of interest in the weeks leading up to the auction. The auction house’s jewellery team described the lot as “Two rows of turquoise beads, graduated in size, are suspended on each side from a line of three rounded rock crystal beads, whilst the black-enamelled silver half hoop at the back of the necklace also features tapered curves that hug the neck and draw your eye to the beads. The concealed clasp in the hoop closes with a satisfying click – the sign of good craftsmanship.”

The team at Fellows held six telephone lines for bidders from across the world who battled it out shouting out higher and higher bids on their client’s behalf. The turquoise necklace ultimately sold to a telephone bidder after over five minutes of solid bidding. 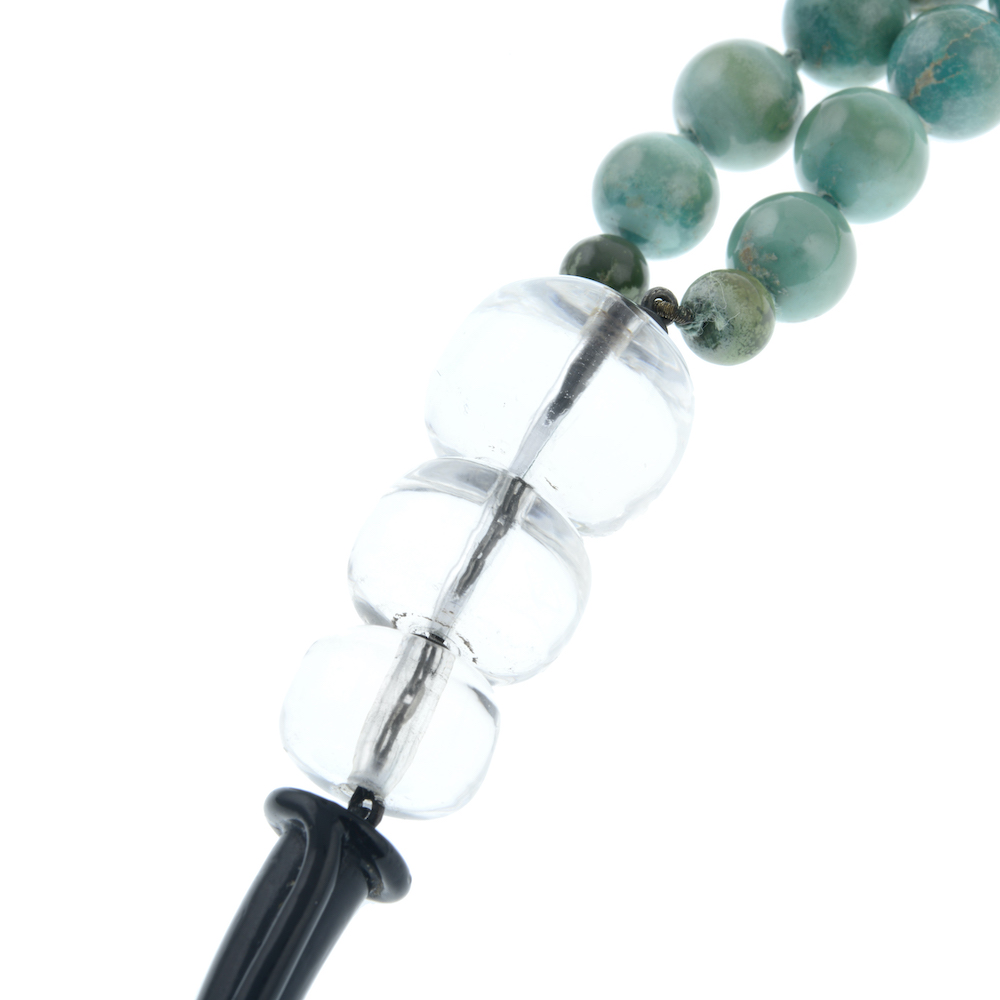 René Boivin (1864-1917), along with his wife Jeanne (1871-1959) and their studio, created some of Paris’ most celebrated and influential jewellery for more than eight decades. Through the years the Boivins became renowned for championing their female designers including daughter Germaine, Suzanne Belperron, and Juliette Moutard. Despite their influence and renown, the jeweller’s iconic designs are rarely seen on the open market. However, when they do appear, they command high prices. A similar necklace to the one sold by Fellows appeared at Sotheby’s in New York 29 April 2014 and went on to sell for $50,000.

Ben Randall, Senior Specialist and Catalogue Manager at Fellows Auctioneers, said: “When a piece has no obvious signature it can be exceptionally difficult to track down the maker. Dedicated research, style and a hearty dose of luck are necessary.

“I feel very fortunate that we were able to discover the designer of this necklace. There are certain names that you hope to come across with Art Deco jewellery and René Boivin is toward the top of a short list. The quality in this necklace really shone through to give a great result and I’m thrilled for the vendor.”