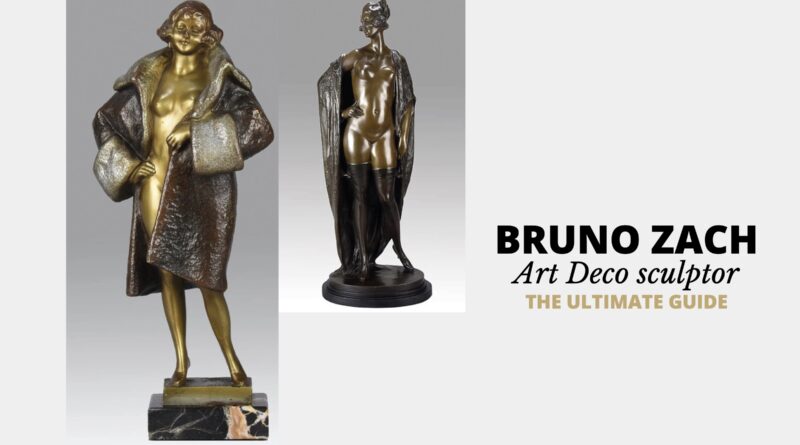 Say ‘art deco figure’ and the names that immediately spring to mind are the German maestro Ferdinand Preiss (1882-1943) and the Romanian sculptor Demétre Chiparus (1886-1947). In both cases, the subject matter most likely brought to bear would doubtless be the same: stylised women dancing on an onyx pedestal – a single image that almost singlehandedly evokes the essence of the era. But for the serious collector there are more subjects and more artists whose work may be less known but is equally redolent of the time.

One such is the Ukrainian Bruno Zach (1891-1945) whose work continues to both enchant and increase in value.

In the early part of the 20th century European high fashion was characterised by the preoccupations of the era – clothing, dance, sport and human achievements were all changing rapidly, presenting sculptors with a vast array of influences.

At the same time, the epitome of female beauty was changing. Gone were the flowing-tresses and chocolate box prettiness of the Edwardian period. Post-WWI, women sought a lean physique, exuding health and short-cropped hair. But for Zach, another feminine dynamic was at play: barely concealed sexual desire.

Zach was born in the Zhytomyr, 150km west of Kyiv, in 1891. For an aspiring artist, a turn-of-the-century administrative centre was not the best place to forge a career. Early on Zach was drawn to the Austrian capital of Vienna, which, in the run up to the start of WWI, was a remarkable melting pot of artists, architects, musicians and social scientists, from Gustav Klimt to Sigmund Freud. With a number of foundries, Vienna was also, along with Paris and Berlin, one of the main centres of production for bronze figures.

In 1920, Zach moved from Austria to Berlin and soon immersed himself into the decadent night life with gusto.

Like many artists before and since, Zach gravitated towards the city’s vibrant underbelly enjoying the company of prostitutes many of whom he used as models. Love affairs followed but, for the artist, appear largely unrequited. One woman refused his marriage proposals so consistently she became the inspiration for one of his works called Hearts.

In the figure, Zach succeeds in reflecting the carefree night-time sex scenes of 1920s Berlin while, at the same time, echoing the darkening political landscape before it was engulfed by the Nazi regime and WWII.

Zach died at the age of 53 on February 20, 1945 in Vienna. Today his works are in the collection of the Art Deco Museum in Moscow.

In a category known for fakes, recognising a real figure takes skill. Zach’s work was often fired in mid-brown colours but were often polychromed and most often cold painted. He worked in bronze and ivory, the combination of the two being known as “chryselephantine”.

His work was edited by several firms, including Argentor-Werke of Vienna the Broma Companie, S Altmann & Co, and Bergmann. As well as signing his work ‘Zach’ he also signed as ‘B. Zach’ or ‘Bruno Zach’. He also signed pieces with the pseudonyms ‘Prof. Tuch, ‘Professor Tuch’ or ‘K. Salat.’ 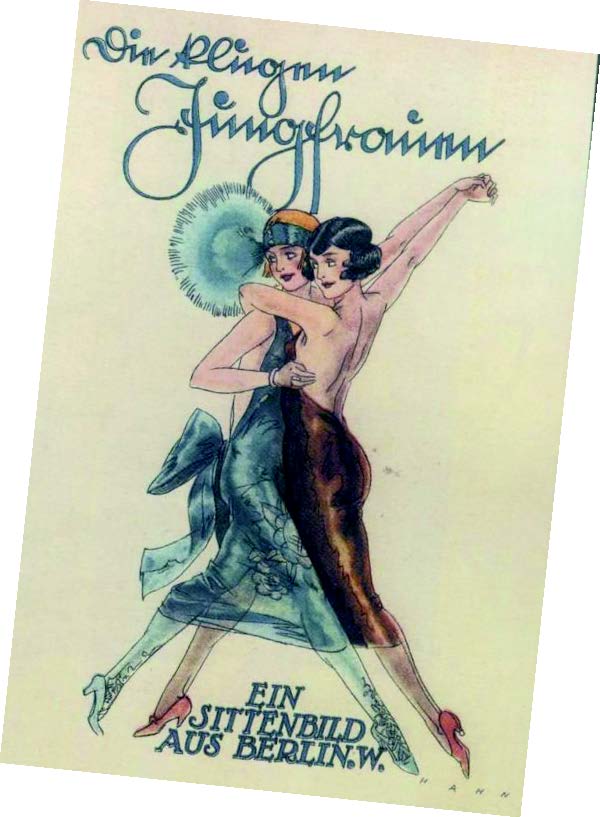 After WWI cabarets became popular across Europe – nowhere more so than in Germany. The Weimar government’s lifting of censorship saw German cabarets transform and flourish. Entertainment was dominated by two themes: sex and politics. Stories, jokes, songs and dancing were laced with sexual innuendo.

As the 1920s progressed this gave way to open displays of nudity. Prostitution was widely accepted and it became ‘de rigueur’ to use their services, whether one was male or female.

The technique refers to sculptures produced in Vienna in the early 20th century. Such pieces were finished using layers of unfired “dust paint” otherwise known as polychrome paint. The layers were not fired to fix them to the bronzes, hence they became known as ‘cold painted’. Sadly, knowledge of the technique, particularly how to mix the paint, has since been lost.

Firstly, the sculptor would produce a clay, or terracotta original, which was then copied by a foundry using sand casting or the cire perdue (lost wax) process. The more complicated the composition – such as splayed legs, or arms lifted to strike a polo ball – the more parts had to be made separately and joined using nuts, bolts rods and screws.

Much of carved ivory used in the figures was produced by machine and hand finished at the end. This allowed manufacturers and founders to produce more figures, and at a cheaper price, than if all the parts had been fashioned by craftspeople.

To ensure a design could be sold at a wide range of price points, the figures were usually available in various sizes and could be decorated and finished to order – hence the same design occurs in a number of sizes, materials and finishes. One of the reasons ivory was so popular at the time was because it was readily available and cheaper than bronze. This resulted from large quantities of ivory tusks being exported annually from the Belgian Congo to Antwerp and London. Cheaper figures were made using spelter (a zinc alloy) rather than bronze, and ivorine which simulates ivory.

Born in Pontoise, France, he was self-taught and also studied under Falguire in Paris. He was taken prisoner by the Germans during the 1914-1918 war and was interned in Switzerland. Much of his work, with a strong Cubist influence, was produced in the Etling foundry in Paris.

One of a very few successful female art deco sculptors, Colinet was a French sculptor of Belgian birth who worked during the early-to-mid 20th century. The subject matter of her best known work was primarily Arab female dancers.

Along with Chiparus and Preiss, the Austrian artist Lorenzl is one of the most recognised sculptors and ceramicists of the art deco period known for his highly-stylised and elongated figures of dancing women. He signed himself ‘Lor’ and ‘Renzl’ as well as ‘Lorenzl’.

Produced works of performers as well as more natural studies of women and dogs and was given many commissions by the German royal court. His work was produced by the Preiss-Kassler firm and was often mistaken as being by Preiss due to the similarity of styles perhaps due to the fact they shared a studio together in Berlin.

Romanian by birth, Chiparus went to France in 1912 and exhibited at the Salon from 1914-1928. He is arguably the best art deco sculptor and most well known for his figures of exotic dancers. Unlike other sculptors, most notably Preiss, he worked independently from foundries and sold the rights to reproduce his works.

Active in Berlin in the ‘20s, his partner was Arthur Kassler with whom he set up a foundry in 1906. Known for his quality and naturalism, Preiss is one of the most sought-after sculptors on the market. Usually his figures take their inspiration from real people and the fashions and activities of the time.