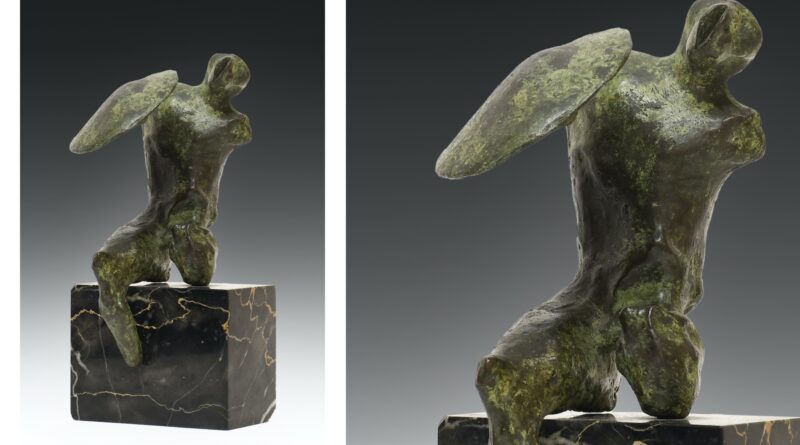 A significant bronze maquette by Henry Moore is to be sold in a North Yorkshire saleroom with an estimate of £35,000-£45,000. 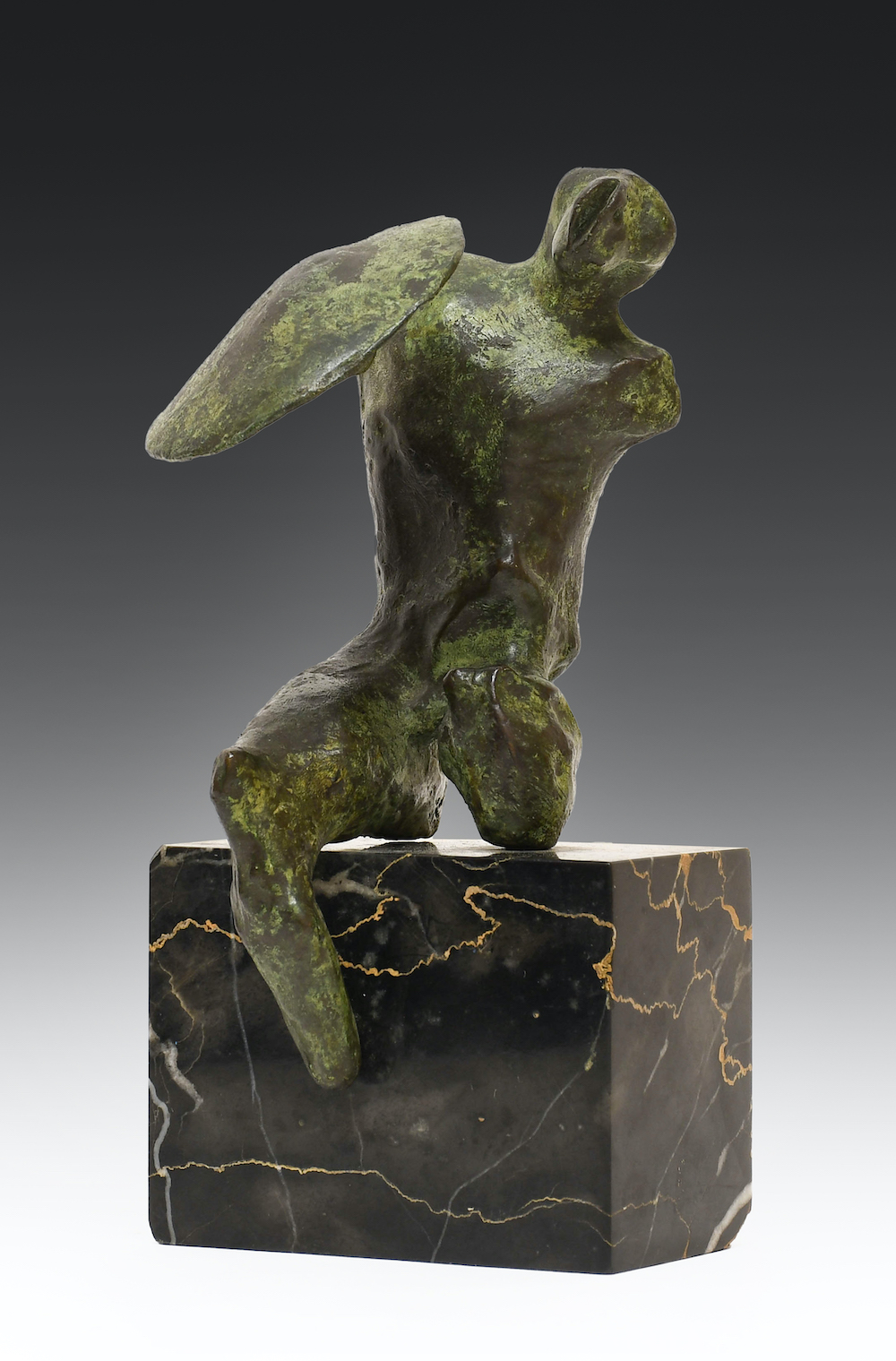 Tennants Auctioneers’ Modern and Contemporary Art Sale on October 15 will include the the 21cm high maquette, from an edition of 11+1, entitled Warrior with Shield, which was purchased from the Leicester Galleries in London, 1954, by Professor Douglas Grant and has remained in the possession of his family ever since.

Henry Moore is perhaps the most celebrated sculptor of the 20th century, and his monumental semi-abstract sculptures had a profound effect on the course of British Art. Achieving global recognition in his lifetime, Moore’s distinctive brand of modernism caused a British sculptural Renaissance.

During the early decades of his career, Moore rejected the Classical ideal which was all-pervasive in Western Art and primarily drew inspiration from so-called ‘Primitive Art’, from the imagery of the ancient world, and from African and Oceanic cultures. Moore began sculpting simple, powerful forms redolent of ancient objects, with a distinct focus on female figures and family groups. Close study of the natural world led Moore to create his abstracted figures, at once both alien and familiar, using organic shapes taken from a line of hills, a massive rock formation, or a sea-smoothed pebble on a beach.

Having come under the influence of Picasso and Braque in the 1930s, his work had taken on a darker edge with a greater degree of abstraction and more distorted forms. This was exacerbated by the outbreak of the Second World War, during which Moore became an official war artist and moved away from his characteristic female and maternal images as his primary focus.

In 1951, Moore travelled to Greece for his first exhibition in the country, which was held at the Zappeion Gallery in Athens. Experiencing Classical sculpture in the land of its creation affected him deeply. He put aside his earlier prejudices and began to draw Classical elements into his work, such as draped figures and the wounded warrior. Warrior with Shield clearly resonates with the Classical past, and it was the first single male sculptural figure Moore had created since his student days.

However, the initial spark of inspiration for the present work came from the natural world. Moore recounted that: “The idea for The Warrior came to me at the end of 1952 or very early 1953. It was evolved from a pebble I found on the seashore in the summer of 1952, and which reminded me of the stump of a leg, amputated at the hip… “.

Combining pain and strength, for Moore this sculpture symbolised how the nation felt in the aftermath of the Second World War, and Warrior with Shield clearly resonated with Professor Douglas Grant, who had seen active service with 41 Royal Marine Commando.

In Warrior with Shield Henry Moore brought together three threads of inspiration, Primitive Art, Classical Art, and the natural world, and transformed them through abstraction into a great Modernist work of art. Drawing on his experiences during two world wars, Moore created a powerful symbol of the human price of conflict.