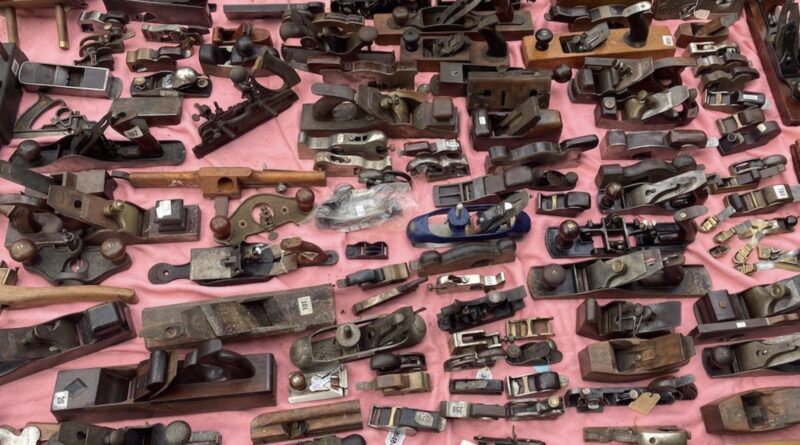 Rare antique woodworking planes are among thousands of valuable tools and a classic Wolseley car found at a house in Kent.

The incredible single-owner collection of planes, chisels, rulers, saws, a lathe and more was amassed by a retired woodwork teacher over decades. 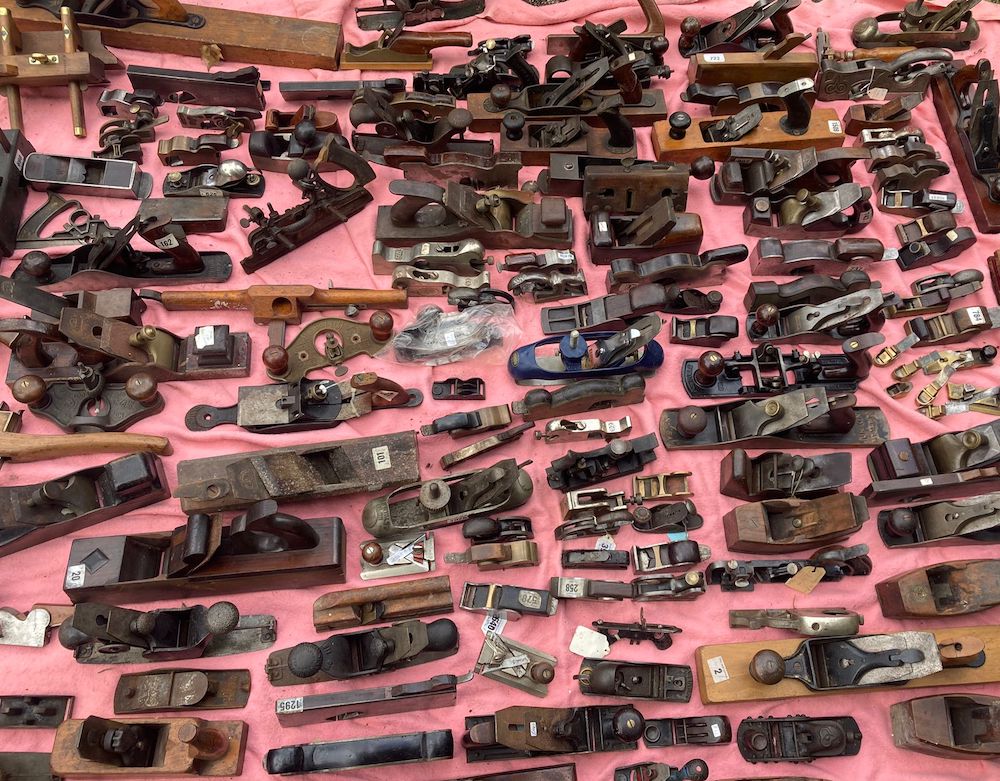 Valuers at auctioneers Hansons London say keen collectors and people who work with wood will regard the rich array of tools as ‘important treasures’.

The house was jam-packed with curious collectables and antiques including around 30 tools made by T Norris & Son, one of the most prestigious makers of hand tools in England in the late 19th and early 20th centuries. They’re famed for the quality of their planes and one example found in the Tesco bag is tipped to make a four-figure sum. The bag also contained a fine G Entwistle gunmetal chariot plane, estimate £500-£700.

The collection, amassed over a lifetime by 88-year-old Roy Turnage, has been described as astonishing by Hansons London. It will auction most of the finds on July 30. However, the collection is so vast and diverse some items will enter other Hansons Auctioneers’ sales.

Roy’s acquisitions include more than 1,000 planes, hundreds of chisels and in excess of 200 saws. In addition, his garage housed a classic Wolseley car and parts to build a Morris Minor were discovered in the attic.

But his love of collectables goes further. A team clearing his property have found everything from Victorian street lamps to magnifying glasses. Every room, nook and cranny in a large house in Crockenhill was crammed full of a multitude of eclectic objects.

A house move prompted by Roy’s diminished mobility meant the enormous collection, which also dominated the garage, attic and basement, had to be moved. Family and friends have rallied round to clear the property but it’s been an enormous task.

Roy, who was born in Woolwich, London, in 1933 has always had a passion for collecting. According to Kay Orta, a family friend for 40 years, he didn’t hold back when it came to acquiring all types of objects over the course of 60 years.

Kay, from Burton-on-Trent, Staffs, said: “Roy’s father and brother had a love of collecting antiques. Roy followed suit and particularly liked to amass tools. He was always good at making things and working with his hands. He’s something of an artisan.

“He was a woodwork teacher at Addey and Stanhope School in New Cross, London, for 37 years before taking retirement at the age of 60 in 1993.  He could really indulge his collecting passions, then.

“He used to go to specialist auctions around the country and liked to buy the crème-de-la crème of high-quality tools – makes like Norris, Preston, Howkins, Stanley and Marples. He admired the craftsmanship and quality of handmade tools and also used them. 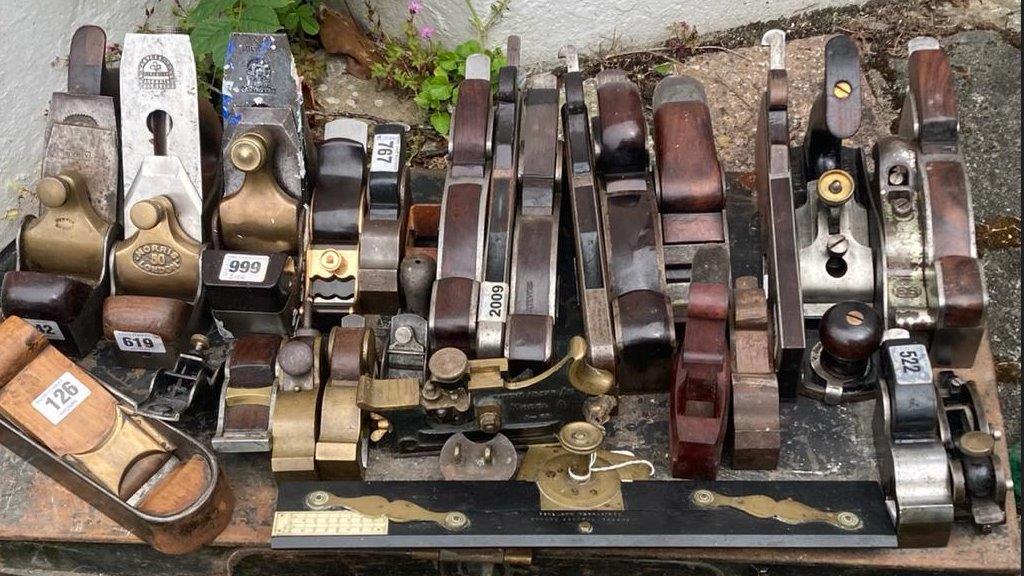 “Some are antique and rare dating back to the 1920s and 30s, or even earlier. There’s a huge number of planes but also an amazing collection of chisels, distinctive saws and wonderful tool boxes. We also uncovered a Holtzapffel Rose Engine Lathe, which is extremely valuable, and found parts to build a full Morris Minor in the attic.

“The Wolseley 14/60 was in the garage but it’s in need of restoration. Roy acquired it after completing his National Service in the 1950s. It was a former police vehicle and his sole means of transport for 20 years.

“I have been helping to clear the house and couldn’t believe how much there was. I’ve been on my hands and knees finding things tucked under beds and chests of drawers. The house was stuffed to the brim. There were metal filing cabinets full of tools.

“The Norris tools are particularly valuable and we have found more than 30 already. It’s difficult for Roy to part with his tools but he can’t use them anymore due to declining health. Also, there was so much in the house it became difficult for his devoted wife of 30 years, Nympha, to care for him. The house move will make life much easier for them both.”

Chris Kirkham, associate director of Hansons London, said: “It’s been one of the most astonishing house clearance projects I have ever been involved with. Roy is quite simply a phenomenal collector with an eye for quality.

“Discovering valuable planes in the Tesco bag was one of many incredible finds. He has amassed an astonishing amount of beautifully-made high quality tools and other collectables – important treasures for people who like to work with wood and understand the quality of these objects.

“Some tools may be worthy of a museum, such as the rare Norris plane. We’ve also found a distinctive Scottish-made plane. The collection should excel at auction. His tool collection alone could make £30,000.  The Wolseley needs restoration and will be guided at £4,000-£6,000.

“Other items set to go under the hammer include Japanese and oriental jewellery boxes and a Chippendale grandfather clock. People like Roy are fascinated by all things and we’re grateful to have the opportunity to catalogue the items which have caught his eye over the years. He created a house of treasures.”

The Roy Turnage tools collection and Wolseley car will be offered on July 30 in Hansons London’s Fine Art, Antiques and Collectors Auction.