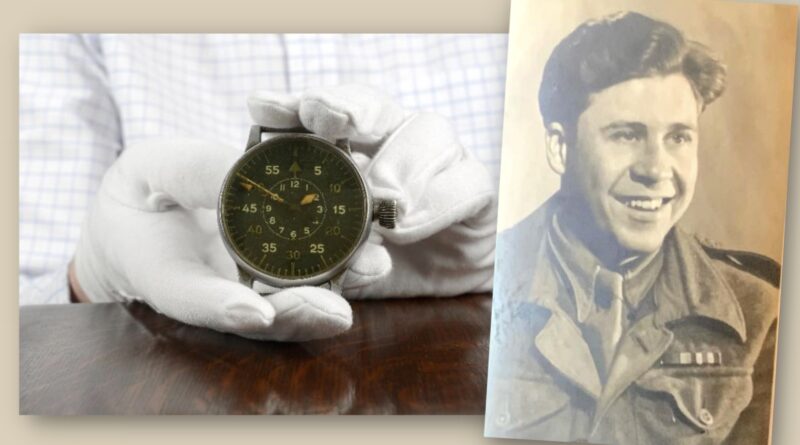 A WWII watch found in a drawer in Coventry is due to sell for over £7,000 at auction in Birmingham next month.

The military watch, worn by German Luftwaffe in WWII, was discovered by a family in Coventry when sorting through their late father’s possessions. The family had no idea that the watch existed, let alone its value. A quick search online bought them to the Jewellery Quarter in Birmingham to see watch specialist auctioneers Fellows. 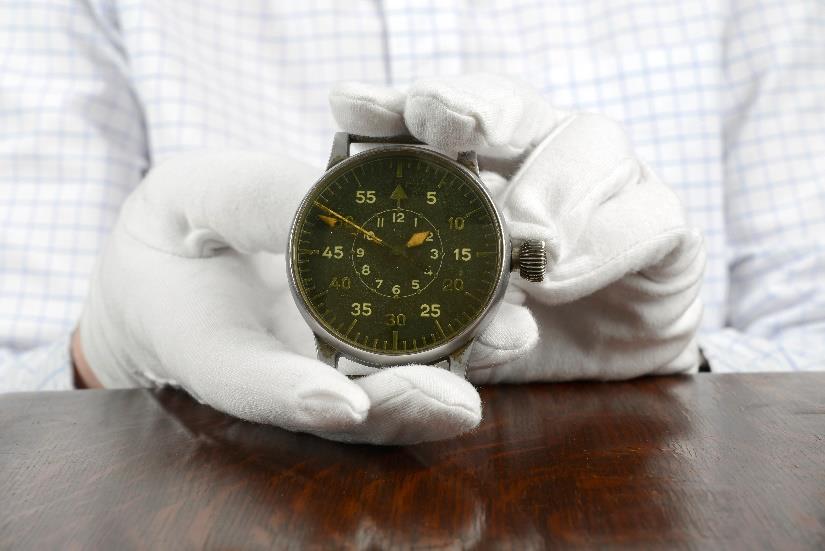 William Albert Holyoake, known to his friends and family as Bill, rarely spoke of his time overseas in WWII to his family. He never told them about the watch head that sat hidden in a drawer, among other German military keepsakes, for 75 years. It was only after he passed that his family discovered treasures locked in his desk drawer that he had put there on his return to England in 1947.

A. Lange & Söhne produced 6904 Beobachtungs-uhren (B–Uhren) from 1940-1945. The aviation watches made in this time are large in size – this example is 55mm. The watch has a type B dial with luminous Arabic numeral hour markers. The watch’s large size and luminous markers made it a very useful piece for German aviators, especially when flying at night.

Pilots would set their watch to the standard time of the German Naval Observatory after receiving a signal beep from the airbase. For their missions, accuracy was of paramount importance to the Luftwaffe. Pilots were issued a watch before each mission and returned it on completion. They weren’t held as part of their uniform so few were retained after the war and passed on. For this reason, they in scarce supply and therefore valuable. 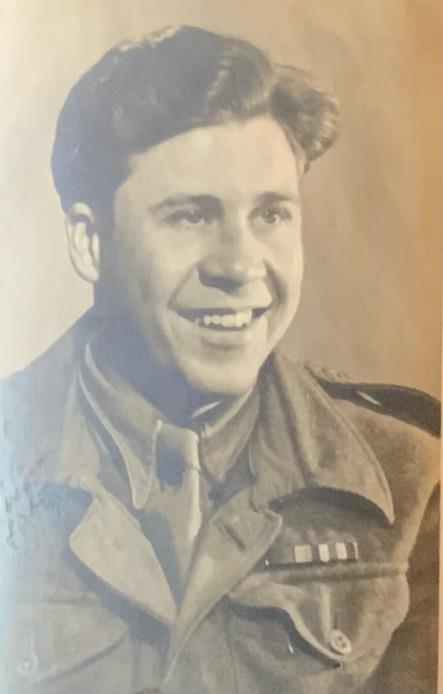 William Holyoake enlisted for military service on 30th August 1944 in The Royal Engineers and was assigned to the 15th Field Park Squadron as a sapper. It was from his time in Central Europe during and in the aftermath of WWII that he acquired various items of interest.

As a young man, Holyoake had apprenticed Alfred Herbert Ltd. It was one of the world’s largest machine tool manufacturing businesses at the time. After his service in Europe during the Second World War, he returned to his hometown of Coventry to work as an engineer The British Aerospace group (previously the companies Armstrong Whitworth and Hawker Siddeley). He worked on multiple military projects such as the Avro Vulcan bomber and Hawker Hunter jet fighter aircraft (used by the Red Arrows display team). In his later life he volunteered as woodworking and metalworking tutor, sharing his skills with people with visual impairments.

Watch Cataloguer Kain Holroyd said “From the initial contact with the Holyoake family this consignment has taken so many positive turns. We were firstly not aware to which of the four German B-Uhren brands this particular watch head belonged. Opening the case back to find that it was an A. Lange & Söhne was one thing, but to have such a story to go with the watch head as well as photos of Mr Holyoake was the ‘cherry on top’. It was an enjoyable experience and I look forward to it achieving a great price in the sale.”