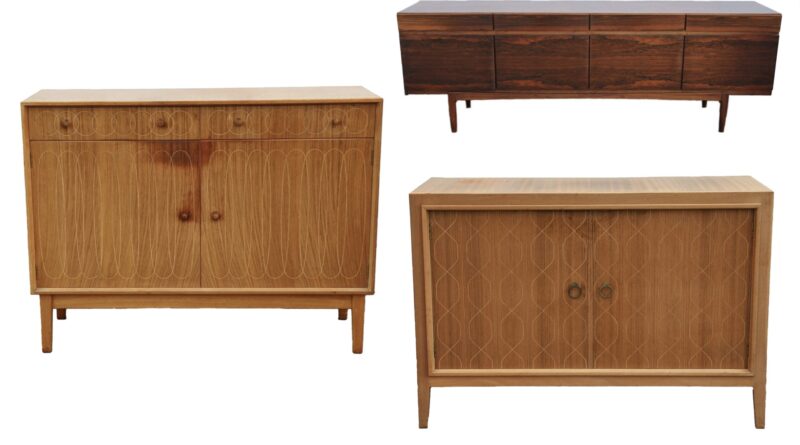 A wide range of mid-century and vintage furniture is set to sell in a Surrey sale this month, with Danish sideboards and chairs to statement Ercol pieces and piece from British designer Gordon Russell all going under the hammer.

A beautifully patinated rosewood Model 66 sideboard by the Danish designer Ib Kofod-Larsen (1921-2003) heads the selection of modern design at Ewbank’s Auctioneers on July 27.

Kofod-Larsen, a prize-winning glass artist, attracted the attention of manufacturer Faarup Møbelfabrik after scooping the annual award from the Danish Cabinetmakers Guild for his furniture. His work for them included the 1950s classic Model 66, an iconic piece of Mid Century Modern furniture.

The stylish piece – a fine example of one of the most sought-after items of vintage furniture today – carries an estimate of £2,000-3,000.

The sale also includes sets of mid-century modern chairs, starting with a pair of Danish teak Boomerang chairs with lacquered brass legs by Peter Hvidt and Orla Molgaard for France & Son offered at £1,500-2,000. 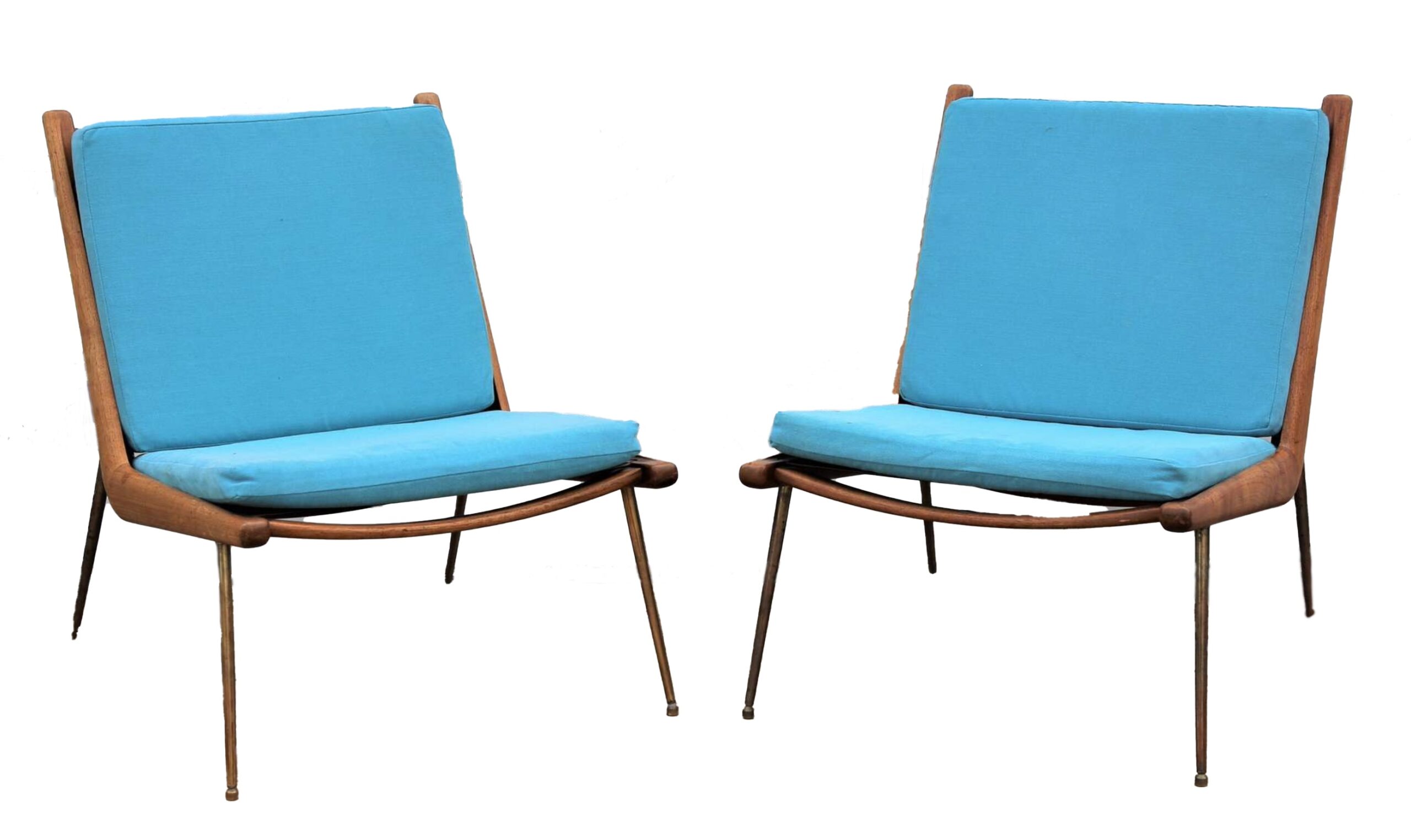 Finn Juhl (1912-89) was an architect and industrial designer who became one of the leading figures of Danish design in the 1940s with his sculptural furniture. The sale includes an extending teak dining table he designed for France & Son, which measures around 9ft 7in at full stretch. It has a guide of £800-1,200.

Pitched at the same estimate is a set of ten model 75 teak dining chairs with rush seats by Niels Moller (1920-82), another mid-century Danish designer who first learnt his craft in his father’s carpentry workshop before going on to set up his own factory and distribution business that still runs today. This design of chair dates to 1954.

Gordon Russell (1892-1980) hand-crafted furniture himself in the 1920s in his workshops at Chipping Campden in The Cotswolds, one of the designers continuing the honest design tradition inspired by the Arts & Crafts movement. A gold medal winner at the Paris Exhibition in 1925, he went on to design stylish Utility furniture as chairman of the government panel for such work during the Second World War. 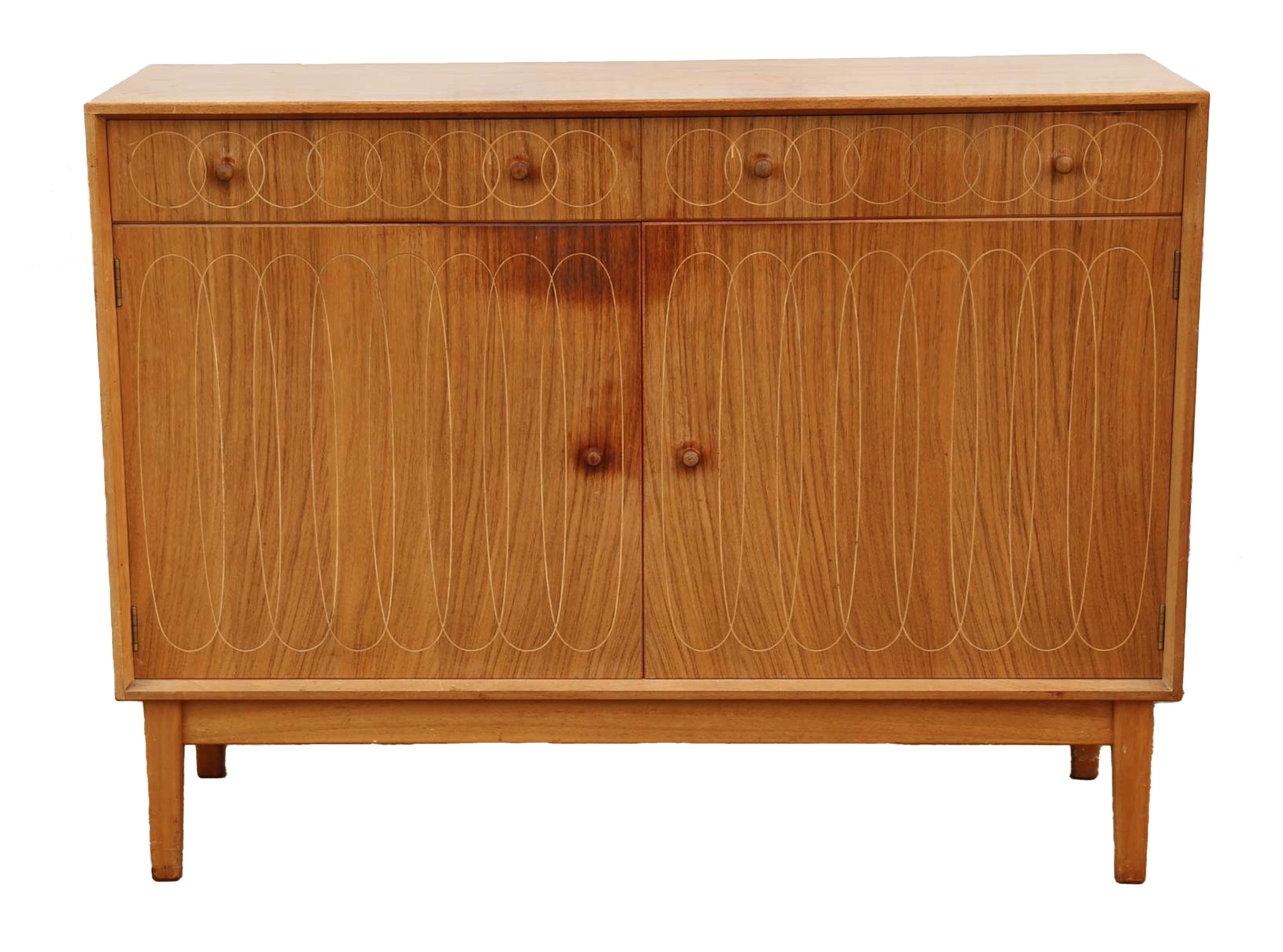 Russell’s early handmade pieces can sell for five-figure sums, but later designs put out by his factory are also popular. Ewbank’s are offering an example of the rare W.H. Russell Ellipses sideboard from the 1950s. The decorative design on the two doors gives the piece its name and it is more sought after than Russell’s better known and more commonly available Helix sideboard. With a width of 4ft and height of 3ft, the estimate is £600-800.

A Double Helix cabinet designed by David Booth for Gordon Russell, with birch veneer is also in the catalogue, pitched at £400-600. 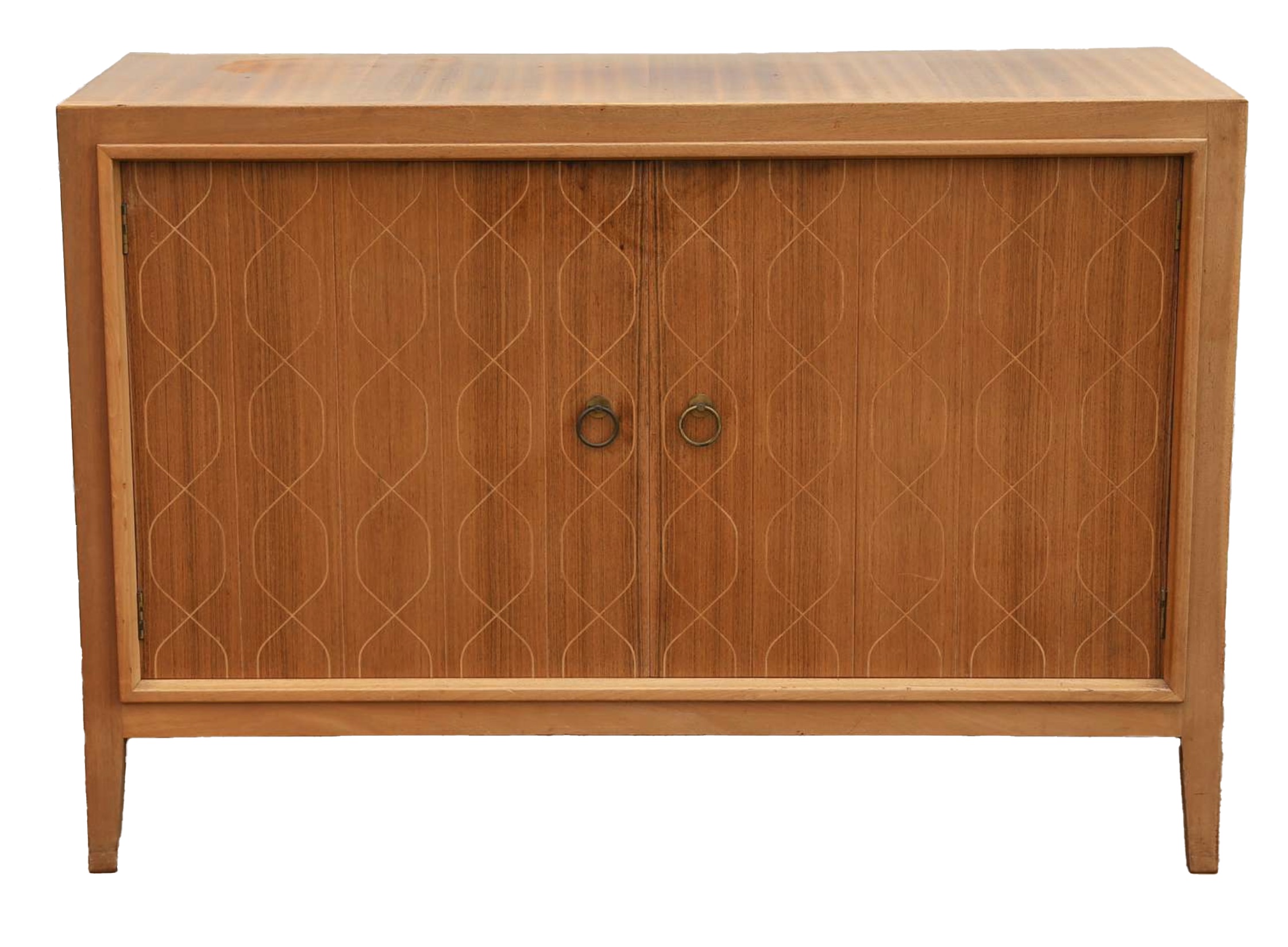 Ercol, the British furniture brand which dates to 1920, is one of the most recognisable and popular names in Mid Century design today. The best piece in this sale is a light elm Windsor (363) Giraffe room divider bookcase with adjustable shelves over a pair of cupboards on turned legs. Standing 6ft 4in high, it is a marvellous statement piece of post-war design produced from 1957-70. It is being offered here at £400-600.

Other Mid Century Modern furniture in the sale include Norwegian Westnofa beech and leather armchairs, pieces by Danish designers Niels Erik Gladam Jensen, Gunni Omann Jun and Saverin Hansen, as well as other unattributed items, such as another teak sideboard, probably Danish and from the 1970s, and numerous other Ercol pieces.

“Mid-century modern furniture is one of the strongest design fields today for collectors, especially pieces by Scandinavian designers,” said Ewbank’s partner Andrew Ewbank. “The craftsmanship of these makers, together with the classic modern look and beautiful finishes mean that they complement any interior, mixing with the best of antiques and modern collectables.

“We have been focusing on this period and discipline for some time and, as this auction shows, regularly offer a broad choice of the best designs.”