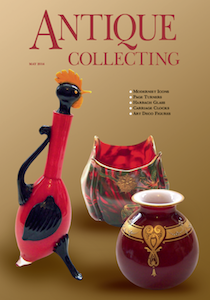 Wonders will never cease. No sooner had Chancellor of the Exchequer George Osborne announced that things are getting better and he had good news for pensioners, than The Sunday Times supplement entitled ‘Homes’ announced, when surveying the V&A exhibition the following weekend, that Georgian is still the favourite style of this country. What is more, it said that we’re mad about it. Georgian? Was I seeing right? Were my eyes deceiving me? I thought that the Georgian era was the progenitor of Dull Brown furniture and houses that are just long past it, man, long past it.

Not according to Hugh Graham’s article on March 23rd. When it comes to architecture, he wrote, the Georgian era is still dear to the nation’s hearts or to at least 80 percent of them. Georgian property demands a premium that Tudor, Victorian, Arts and Crafts and Modernist simply can not rival. The thatched roof, half timbers and glass boxes are left standing by Georgian proportions. Not just the sash windows, the pilasters and fanlight over the door, but the interiors are popular too. You can use minimalist contemporary furniture or Georgian antiques in Georgian houses as you prefer. Big old Georgian mansions are being transformed and updated for modern purposes, with cinemas in the cellar, whilst brand new houses in the Georgian style are being built in shoals all over the country. You can have all the advantages of Georgian property but without the period plumbing, electrics and heating problems of the old ones.

Despite discouragement from architectural school examinations that fail any hint of pastiche, most of today’s clientele still prefer a Georgian house to anything else. It was not so long ago that architectural examinations failed any candidate who did not design his houses and other buildings with flat roofs. The flat roof was the absolute epitome of modern design, regardless of the sheer botheration of maintaining the wretched thing. But the pitched roof has returned to the regime of the planning authorities when they are not imposing bat and newt surveys and other high-cost indulgences on innocent would-be householders. Inside the dwellings, however, where owners are still allowed a degree of independence, is it possible that Georgian style may still also be ‘part of our DNA’ as Hugh Graham had it? With the lightening of the economic gloom, although deeply dark clouds still hang above us, could it be that there will be a return to tradition in interior décor? It would be grand if it were to be the case but alas, I feel that the moving hand has writ and, having writ, has moved on. The interior will never return to what it was in general terms even though the current correction in prices must be nearing its end. Period pieces will still be prized and an unyielding band of cognoscenti will furnish with entirely period accuracy but the days of most interiors aspiring to traditional Georgian splendour are gone. Uncluttered lines and electronic equipment for entertainment and communication impose a different approach, even inside a Georgian shell.

Where the article and the V&A exhibition departed from what many people think of as Georgian – restrained, subfusc even – is in the depiction of the early part of the era, when rich clients created lavish interiors of gilt, marble, carving and strong colour. Nothing dull about them. Only later in the period did the clean architectural proportions provide the basis for the uncluttered, almost severe approach so fashionable today. As far the buildings go, therefore, it is not surprising that they remain popular, allowing for whatever interior approach is preferred. Their outward aspect is harmonious to the eye, unlike many modernist designs, which fall into the category of Dr Frasier’s father’s chair in the Frasier TV series. You may recall that the sons hate the sight of their father’s uncompromising geriatric adjustable armchair, with its footrest and convenience features, until one day Frasier actually sits in it.

‘Good Grief,’ he cries out, ‘it’s very comfortable! And when you sit in it, you can’t see it!’

Georgian fans say that modern architecture is much the same.