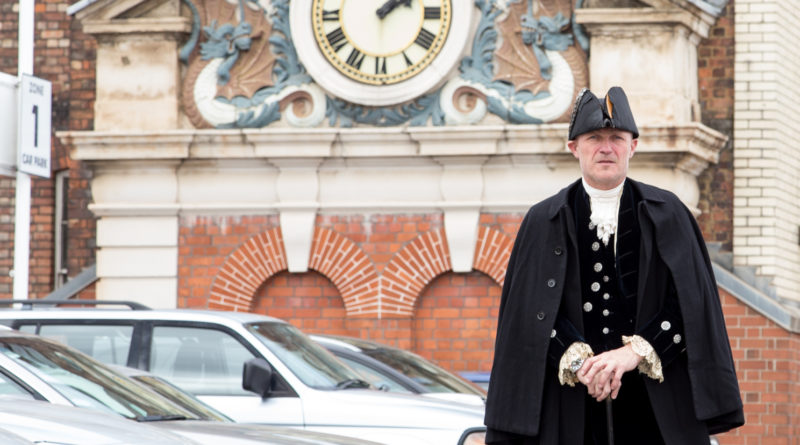 An outfit with a link to Queen Victoria and Derby has recently come to light on a valuation day in the county and is coming up for auction this month.

Commenting on the find, Charles Hanson, manager of Hansons Auctioneers noted, “The outfit is a velvet court dress and was used for official occasions. This particular specimen has a particularly illustrious history. It was worn by Sir Alfred Seale Haslam of Breadsall Priory, (1844-1927) on the occasion of Queen Victoria’s state visit to Derby on 21st May 1891.

“Queen Victoria opened the Derby Royal Infirmary and knighted Haslam for his services, very impromptu on the platform of Derby station. It is reputed the monarch cut her ear as she drew back the sword. A photograph from Maxwell Craven’s Derbeians of Distinction exists in Derby Local Studies Library of Haslam wearing the outfit in question.”

Haslam was a prominent Victorian engineer and Mayor of Derby 1890/91. He made his fortune by devising a refrigeration system for transporting food in ships across the globe. His residence, Breadsall Priory was established before the middle of the thirteenth century by the Curzon family. Erasmus Darwin, grandfather to Charles Darwin, moved to Breadsall shortly before his death in 1802. Sir Haslam acquired the Priory later in the nineteenth century and it is now a grade two listed hotel with golf course. 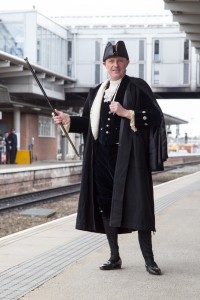 Mr Hanson commented, “The provenance of this outfit is key and if one takes a step back through the passage of time to Derby Railway Station in 1891, glorious images of the steam engine bellowing smoke and the anticipation of the crowd gathered as our longest reigning monarch descends from the carriage to be greeted by Alfred Haslam is history come to life.  If only this outfit could talk.”

How the luxurious outfit came to be in the possession of the current private vendor is another story.  The current owner, who wishes to remain anonymous explains, “I acquired the outfit and decided to do some research.  With the help of the internet I managed to ascertain and piece together its fascinating history.  I wanted it to come home to Derby and would love it to be purchased by a museum or individual who can preserve it for future generations.”

Charles Hanson remarked, “We are delighted  to be offering it for auction on 21st May at our Etwall Auction Centre on Heage Lane in Derbyshire.  The pre-sale estimate is £900-1,000, a small price to pay for a big slice of Derby’s Victorian history.”