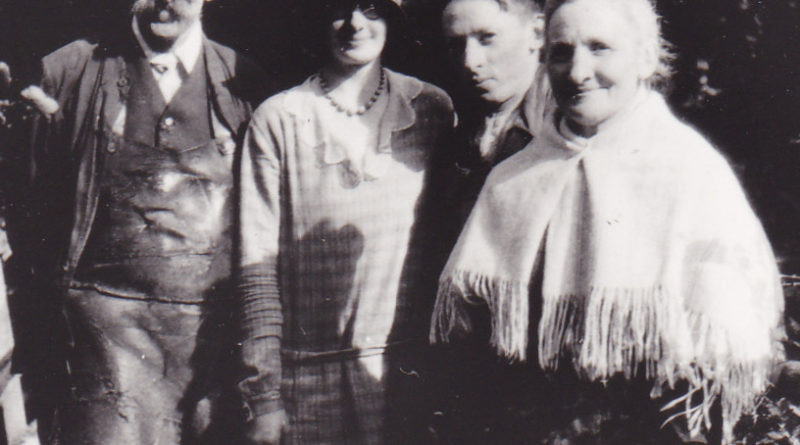 There’s a rare chance for collectors of folk art and 18th and 19th-century curios to acquire a collection of museum-quality artefacts in June.

A unique collection of rural bygones due for auction in Fernhurst sheds light on the vanishing rural heritage of the 18th and 19th centuries.

From 19th-century Welsh clog maker’s equipment, to talismans for warding off the evil eye, collector John Glanfield has immersed himself in items from the world of farming and rural bygones for nearly 40 years, after helping a friend set up the Museum of Rural Life in Tilford near Farnham.

John said: “When I helped to restore exhibits at the museum in Tilford my friend gave me an ancient wooden harvest bottle in thanks. It’s a small beer cask carried by reapers as they worked long days scything hay and corn. That prompted me to collect more farming bygones.”

Now aged 82, he has decided it is time to pass on the treasures he has amassed, all of which hint at a bucolic bygone age. 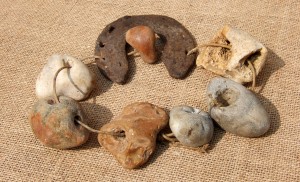 The sale, at Sussex auctioneers John Nicholson’s on June 20, includes an amulet string made up of string of six small stones and a horseshoe found hanging in a cattle shed (byre) in Cumbria. Stones with natural holes or ‘evil eyes’ were thought to ward off malign spirits, as did iron as a safeguard of the homestead. Hence horseshoes over doors. The inclusion here of a Tudor ‘keyhole’ horseshoe may well date the string. The figure seven was also have thought to have held magic properties, possibly explaining why the string comprises not one but seven amulets.

A hollowed-out 18th-century shepherd’s iron-bound wooden tar pot from Sussex still smells of the Stockholm tar used to treat lame sheep, while a rare and decorative Scottish shepherd’s drinking horn features a whistle tip. Perhaps most decorative of all is a winnowing fan to separate corn from chaff.

John Glanfield said: “After threshing with the flail, the thresher chose a day with a good crosswind between the barn’s two opposing doors. He stood just inside the downwind door and heaved the laden fan upwards, the chaff being blown sideways through the door whilst the heavier corn fell back.”

Variations among similar pieces often reflect regional differences, while as a whole they help trace the lifestyles, hardships and forgotten ways of country folk.

John continued: “In a sense I was beachcombing a historic shore for whatever the last tide casts up. It’s our final chance to rescue what little has survived in sometimes uncaring hands.” The collection can be split into two parts, farming and rural, each with a number of categories. The farming side includes shepherding tools; heavy horse, cattle and dairy bygones; cultivation and sowing tools; harvest implements and decorated horn tools; barn implements and poachers’ tools. Rural pieces include clog making tools; a millwright’s equipment; saddlery and thatching tools.

The auction’s star attraction is undoubtedly a selection of 19th-century Welsh clog-maker’s equipment, featuring his workbench, tool chest, tools and stock knives, as well as a remarkable foot pattern measuring ‘box’ carved from a single piece of solid oak that could be unique.

John was able to trace the clogmaker and his family, named Rees, through original documents including a notebook in a drawer beneath the workbench, and the lot comes with a photo of the family, whose small stone workshop still stands in a hamlet near Cilian Aeron, Lampeter. The workbench and associated items come with a guide price of just £650-£900.

John Nicholson’s General Sale including the Glanfield Collection of Farm and Craft Bygones takes place at its Fernhurst saleroom, near Haslemere, on June 20. For more details of the Museum of Rural Life near Farnham visit www.rural-life.org.uk.