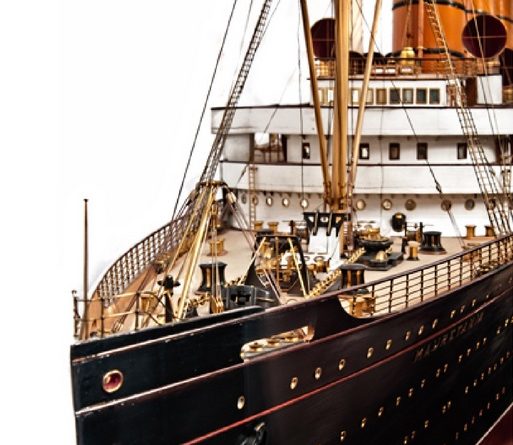 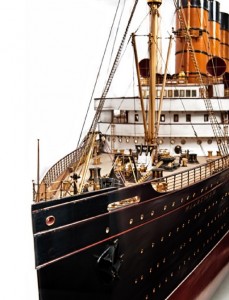 Charles Miller has set a new world record for a 20th Century builder’s model boat, after a model of what was once the world’s largest ship, The Mauretania, achieved £135,000 recently. The model sailed past its estimate of between £30,000-£50,000, when a phone bidder on behalf of the Pullman Gallery in St James’s, London.

The previous record of £67,000 was also achieved by Charles Miller in October 2012 with the sale of a model of HMS Marksman, a Royal Navy destroyer.

The 1:64 scale builder’s model for the famed ‘North Atlantic greyhound’, was built for the Cunard shipping line by Swan Hunter & Wigham Richardson on Tyne and Wear in 1906. 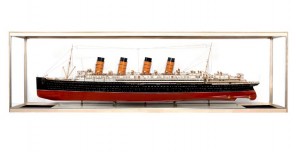 It is carved from laminated wood and covered with gilt and painted fitting, and finished in Cunard service livery. The ship is mounted on several turned balustrade supports on a later display base within a two-part case on ebonised plinths. The model measures 106.5cm x 390cm x 43cm.