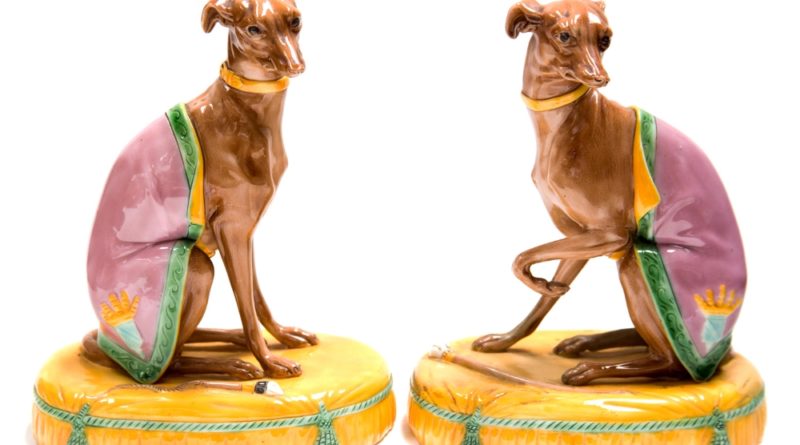 A consignment from a Georgian manor house outside Dublin included a collection of greyhound-related works of art, offered in Hansons June Fine Art Sale.

A silver corkscrew by William Hutton with the handle cast as a running greyhound exceeded its estimate and sold for £240, followed by a William IV snuff box with lid cast as greyhounds hunting a hare, selling at £400. 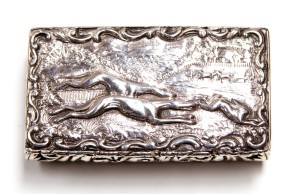 The fine quality workmanship of Nathaniel Mills was displayed in two silver snuff boxes, each cast with greyhound and hare hunting scenes and dating from 1830, selling for £800 and £1,3200 respectively. A silver racing greyhound trophy, ‘The New Cross Sprint Cup’ also sold well at £300. 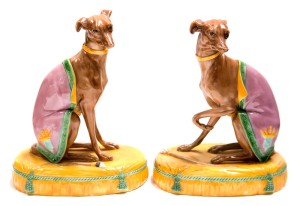 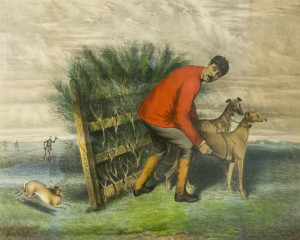 Other successes amongst the art works included two signed colour prints by L.S. Lowry, one badly foxed, but still more than doubling their estimates, selling at £1,100 and £1,400. A Sir Gerald Kelly oil, entitled Girls coming back from shopping, Taungdwingyi, measured only 14cm by 18cm, but the depiction of a Burmese rural village scene still commanded a hammer price of £1,400.