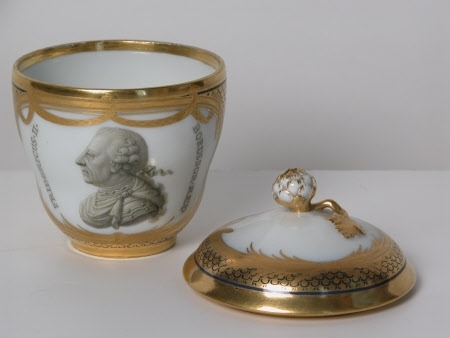 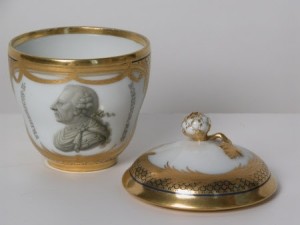 Detectives from the Metropolitan Police’s Art and Antiques Unit are appealing for information following a burglary at Osterley Park House, Osterley Park in Isleworth in July.

Police were called on Thursday, 16 July at approximately 16:40 hours following a report that two antique cups with saucers had been taken from a locked cabinet at the location.

Officers established that a wedding was being held at the venue in the main entrance hall on the first floor of the building, however the room which contained the items was closed to the public at the time.

The cups and saucers are Berlin porcelain, they are 300 years old and dating from the Georgian period. The cups are inscribed with the busts of Russian ruler Catherine the Great and Prussian king Frederick William II who reigned during the 18th century. Made between 1770 and 1775, the cups are described as being dark blue and painted ‘en grisaille’ with heavy gilding, flower sprays, finials and branch handles. 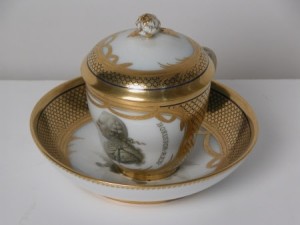 Detective Constable Ray Swan, from the Mets Art’s and Antiques Unit said, “The cups and saucers are of significant historical value, we believe that whoever took them specifically targeted these pieces. We would urge anyone who may know of their whereabouts to come forward as they may hold vital information to help us catch whoever was responsible for this burglary.”