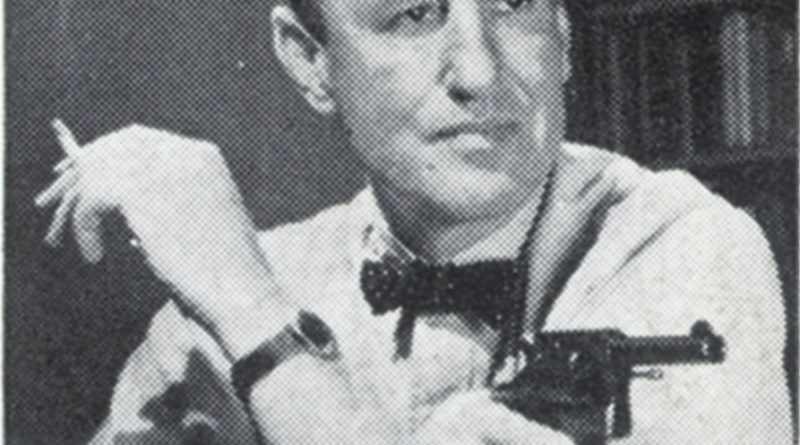 A recent analysis of the sporting gun market by Bonhams shows that the cult of celebrity appears to have reached the gun world, as guns with VIP owners achieve significantly higher prices. 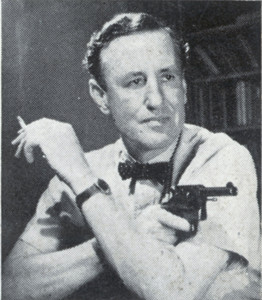 Patrick Hawes, Head of Sporting Guns at Bonhams, who holds world records for a variety of weapons sold, said, “Once you have factored in the key aspects of gun buying at auction – quality, condition, rarity – you then find that it’s the weapon’s previous owners that add lustre to its provenance and price. For example anything previously owned by an Indian Maharajah or one of the British Royal family or well-known professional hunters will have an automatic supplement in perceived value and as often as not a few zeroes added to the price when sold.”

Born in Scotland, Sutherland emigrated to Cape Town in 1896. He hunted extensively in Mozambique, Tanzania, Uganda, the Belgian Congo and Malawi, and it is estimated that he shot a total of 1,200 bull elephants alone in his career. Sutherland is thought by many to be one of the most famous elephant hunters of his time, and his book, The Adventures of an Elephant Hunter, published in 1912, has come to be regarded as one of the best elephant hunting titles ever, rivalling Walter Bell’s publications.

Another good example of a VIP gun is evident in the pair of shotguns once owned by Colonel William Stirling one of the founders of the modern SAS which were estimated to sell for £18,000 to £25,000 but in fact sold for £43,000. They are described as a pair of 12-bore self-opening sidelock ejector guns by J. Purdey & Sons built for Colonel W. Stirling. The makers have kindly confirmed that the guns were completed in 1949 for Colonel W. Stirling, and were rebarrelled by the makers in 1975. They have remained in the same family since new.

Lieutenant-Colonel William Joseph Stirling of Keir (1911-1983) was the eldest son of Brigadier General Archibald Stirling of Kier, and was educated at Ampleforth College and Trinity College, Cambridge, graduating in 1932. He joined the Scots Guards, and during the Second World War commanded 62 Commando before forming 2 Special Air Service in May 1943 in Philippeville, Algeria, four months after the capture of his brother David in Tunisia. 2 SAS saw service in both Sicily and Italy before returning to Britain in 1944, where the two SAS regiments were joined with two French and one Belgian unit to form the SAS Brigade of the Army Air Corps which was then deployed during the Normandy invasion, working behind the lines up until the end of the war, when they were disbanded. Stirling later became Honorary Colonel of the Scots Guards.

A new best quality gun by Purdey, Holland and Holland or Boss could set you back £100,000 or more today, so it is worth looking for a second hand gun at auction, and Bonhams twice yearly sales in Knightsbridge always offers a good selection. At these sales a good quality double-barrelled shotgun can be bought for a fraction of this.

Proof of the interest in these sales is seen by the record prices achieved over the past decade. For example:

Bonhams next sale of Sporting Guns takes place on December 2nd in the Knightsbridge saleroom.