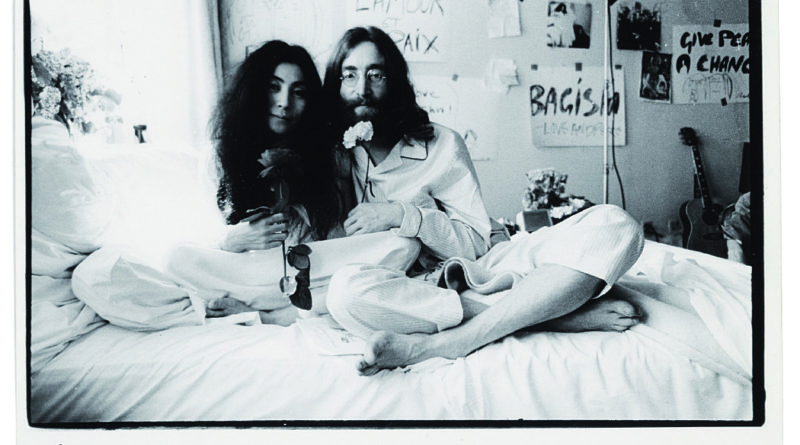 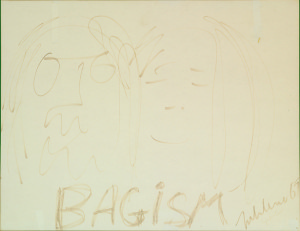 A rare original drawing by John Lennon has found its way to Bruun Rasmussen’s international auction in Copenhagen, Denmark.

“The drawing was made by John Lennon and Yoko Ono’s during their famous ‘Bed In’ at the Queen Elizabeth Hotel’s suite 1742 in Montreal, Canada, in June 1969, where the famous couple completed a week-long ‘happening’ for the world press. During the happening, Lennon and Ono decorated the walls of the hotel room with drawings and slogans of peace. It is one of these drawings, which we now have up for auction,” said modern art specialist Niels Raben from Bruun Rasmussen Auctioneers. 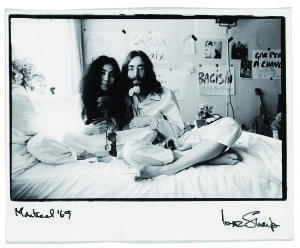 Along with Lennon’s drawing is an originally signed and dated b/w photograph by the photographer Ivor Sharp, which shows John Lennon and Yoko Ono during their famous “Bed-In”. In the background of the photograph a drawing can be seen, which is unmistakably similar to the drawing up for auction. It can also be seen in several sequences in the film Bed Peace starring John Lennon & Yoko Ono, which depicts the happening in Montreal.

During the famous happening the couple recorded the song Give Peace a Chance which became a worldwide hit and a symbol of the peace movement throughout the 1970s. In both the drawing up for auction and in the song the concept of “Bagism” is referenced, which was part of the couple’s showdown with prejudice and stereotypical attitudes between people.