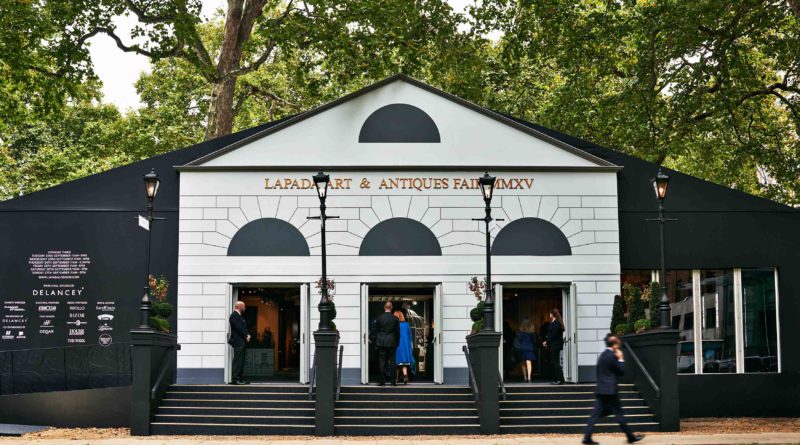 The recent LAPADA Art & Antiques Fair in London’s Berkeley Square attracted over 20,000 visitors from the UK and abroad. Extended by a day in response to demand following last year’s successful event, the organisers said the week-long Fair resulted in impressive sales for member dealers. 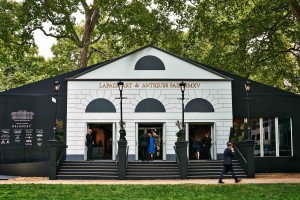 LAPADA said sales were strong across the board, with notable sales in all categories including contemporary and fine art, jewellery, silver, furniture and objets d’art.

Painting sales were particularly good at the Fair this year. John Robertson had ‘the best fair ever’ selling over 25 works for a total sum of over £250,000, including an important Laura Knight for six-figures.

Kaye Michie had ‘a very good fair’ selling 18 pictures, 15 of which were to new clients, one went for a five-figure sum. Willow Gallery sold a number of paintings including a valuable 28” x 36”_Edward Seago, The Beach at Kessingland, Suffolk.

Sales of contemporary art were also strong. Gray Modern & Contemporary Art sold 10 paintings by its stable of contemporary & textile artists and fashion illustrators, including Pandora Mond and Robert Aldous, while Geoffrey Stead sold out of Mimi Roberts’ still life paintings.
Tanya Baxter Contemporary sold three works of contemporary art, including a museum quality Ju Ming bronze, a Pip Todd Warmoth painting of Varanasi for £18,000 to a major foundation in Indonesia and a Richard Allen work for £12,800 to an important Irish collector. 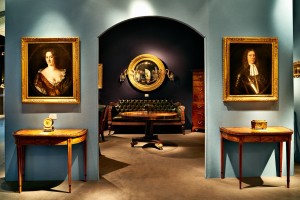 Anthea A G Antiques Ltd sold a number of wearable jewellery items and signed pieces to new clients, with a total value of a five-figure sum. Sam Loxton of Lucas Rarities felt the show was ‘exceptionally good, the best LAPADA Fair yet, the atmosphere was buzzing’. He sold well across the board to both British and international customers with prices ranging from a few hundred pounds to five-figure sums, 90% of sales were to new customers.

Hampton Antiques sold over 20 objects, including decanters, cocktail shakers, sewing boxes and tea caddies. Key pieces sold include a £11,000 tea caddy and a £7,500 sewing box. Ted Few sold in excess of 40 pieces, including a notable second phase neoclassical Ashford Marble vase from Warwick Castle dating to circa. 1800 with a ticket price of £12,000.

First-time exhibitor and the youngest member of the LAPADA Association, Miles Davis-Kielar, founder of Davis-Kielar Works of Art & Interior Decoration remarked on having a ‘fantastic fair’, reporting the sale of half his stock, including several pieces of furniture, a collection of 16th century oak panels and a number of Bactrian marble idol stones.

A.Pash & Sons sold a 1922 Grand National racing trophy, complete with jockey silks and paintings of the horse and jockey, which were bought for a Mayfair office. I.Franks sold a rare, 1871, sterling silver sculptural centerpiece, depicting the chess scene of Ferdinand and Miranda in Shakespeare’s The Tempest, which had been ticketed at £64,750. Mary Cooke Antiques Ltd was pleased with the Fair and sold across the board to new clients.

The Old Corkscrew had a ‘brilliant’ fair, selling many small and middle value items, noting the ‘slick’ organisation of the Fair. S & S Timms Antiques reported a number of good sales including a breakfront bookcase and a rare pair of satinwood flower tables, both for five-figure sums.

Jeroen Markies Art Deco remarked that ‘the Fair has grown from strength to strength’ and that sales were particularly buoyant this year. The Art Deco specialist sold four three-piece suites for between £6,000 and £10,000 as well as four cocktail bars and two six-seater dining suites.

Rebecca Davies, Chief Executive of LAPADA the Association of Art & Antiques Dealers commented, “The LAPADA team has worked incredibly hard, in particular Fair Director Mieka Sywak, to deliver a brilliantly organised, well attended and attractive event. We are delighted that the Fair proved to be such a success again this year, with notably strong sales across the board. It is a fantastic showcase for our members.”