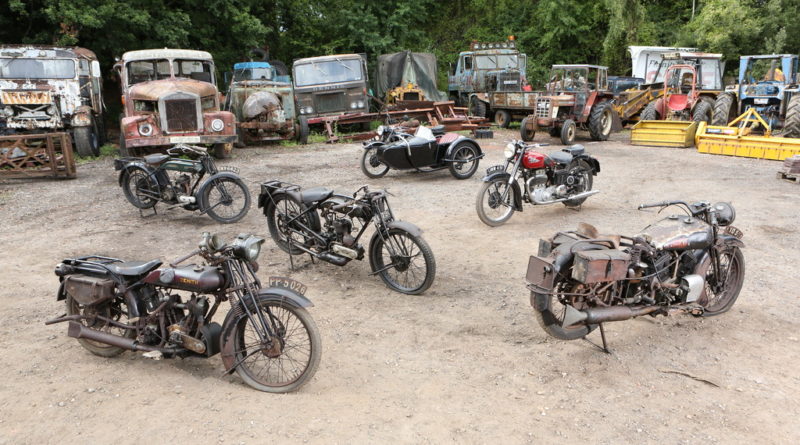 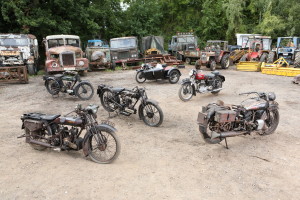 A large collection of British motorcycles has been unearthed after more than 25 years. The collection, belonging to the late John Keeley, will feature at Bonhams Stafford Sale, taking place 18 October at Staffordshire County Showground.

James Stensel, Bonhams Head of Collectors’ Motorcycles, said, “To find so many unrestored motorcycles under one roof is incredibly rare. John had an appreciation for originality and an eye for quality; his 1928 Triumph 494cc Model P (estimate £4,000-5,000) has the most incredible patina, whilst his 1934 Brough Superior 1,096cc 11-50HP (estimate £30,000-50,000) retains its original and matching frame, engine, gearbox and associated accessories.” 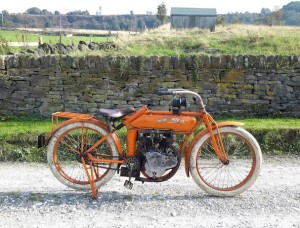 The collection includes landmark examples from the early 1900s, in addition to impressive models from interwar and post-war periods.

Percy Austen, a close friend of the late-owner, said, “John Keeley was born in Knowl Hill near Maidenhead, Berkshire. From a young age he developed a love of old machinery and started his working life in the village garage. John also took up motorcycle scrambling at the Bagshot and Hungry Hill courses, riding against many of the great names of that era.”