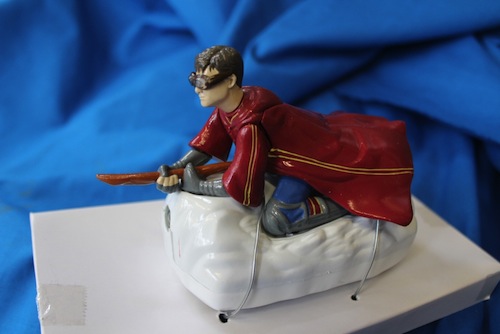 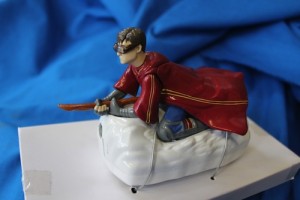 Described as ‘as rare as hen’s teeth’, three sets of never-released Harry Potter figures, which were created in limited numbers before the first film was ever released, are going on sale.

The models feature the eponymous hero astride a motorised cloud with a radio control unit in the form of a wand, alongside a similarly posed Draco Malfoy.

The figures, which came from a former Corgi development manager, are thought to be part of only nine pairs ever produced. 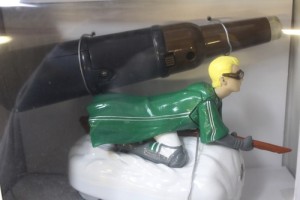 The figures will go under the hammer at auctioneers Hansons on October 27, with an estimate of £300-400 for a pair.

Hansons’ toy expert, Kevin Bucknall, said: “Imagine a totally new Harry Potter toy never seen before and never issued for sale. We are fortunate to be able to offer two of these “rare as hens teeth” items.”

The models will be sold in the mock up Corgi packaging of a cardboard outer with cellophane window, but in plain white finish before the artwork was finalised.

Hansons will offer three pairs of the figures and two figures sold individually (each with an estimate of £150-180). The Derbyshire auctioneers will also be selling a Corgi pre-production model of Hagrid’s Hut, also believed to have had only nine produced and perhaps the only example ever to have become available to the collector. The hut has an estimate of £100-150.