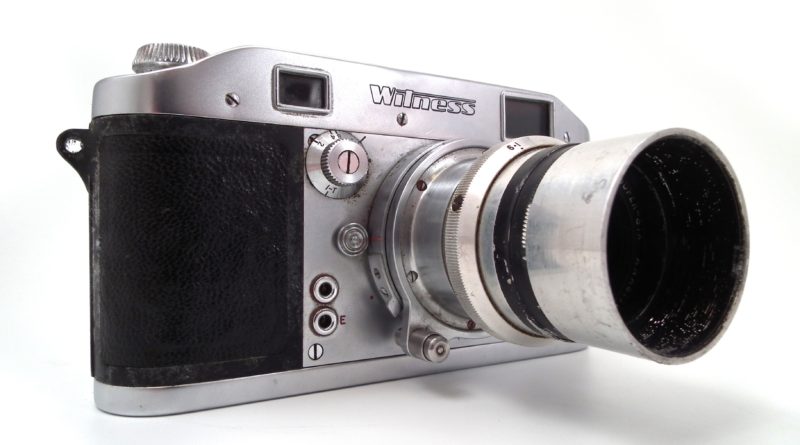 An old camera found in a dilapidated Welsh cottage by its new owners is a rare precision 35mm Ilford Witness, highly sought-after by photographers and collectors alike. 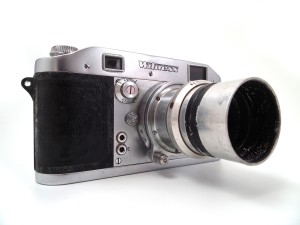 The camera is to be sold by Peter Wilson in November.

When new, the camera cost over £120, and the Cheshire auctioneers now expect it to attract bids of £2000-£3000 when offered in its two-day sale.

The family selling it said the North Wales cottage had been cleared of nearly all its contents before they purchased it, but on taking possession, they found that an old lawnmower, some furniture with the label ‘please leave’ attached to it, some crockery, a pair of binoculars and the camera, had been left behind. 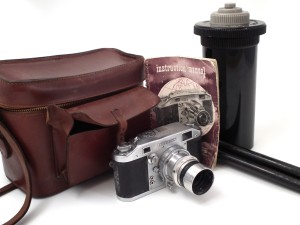 Two years later while watching highlights of the Antiques Roadshow on television, they saw a camera similar to the one they had found and had nearly discarded, and were amazed at the valuation the expert gave it.

“We were so excited that the old camera could be a valuable and collectable item that we looked it up on the Internet, and were able to confirm our aspirations,” said the owners (who asked not to be identified).

Dating from about 1953, the camera with Dallmeyer Super-Six lens will be sold with its carry bag, instruction book, sky light filter, a tall collapsible metal tripod, an old film and a Paterson wet film developing tank. After restoration, it will be ready to snap away again. 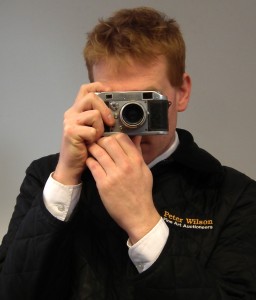 Camera connoisseurs reckon the Witness is equal, if not superior, to the Leica cameras of the same era. It was designed in 1945/47 by two German-Jewish refugees: ex-Leitz employee Robert Sternberg and ex-Zeiss employee Werner Julius Rothschild, incorporating the best of both the Leica and Zeiss Ikon Contax rangefinder cameras.

It went into production in 1953 but sales were slow. Few people could afford the high cost and soon Ilford switched to less complex, lower priced cameras, ceasing production of the Witness the same year.

It is believed only 350 were ever made, making survivors extremely rare and desirable. Original red metal ring bound instruction booklets can fetch up to £100 alone.