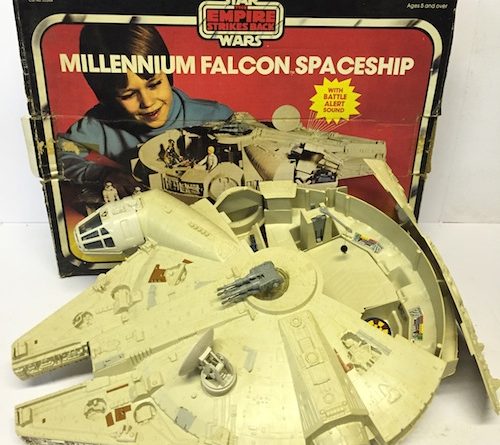 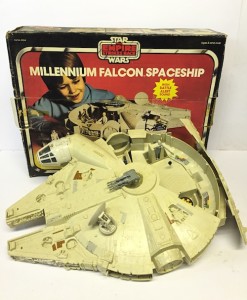 Three weeks before the release of one of the most anticipated films of recent times, a selection of Star Wars merchandise is going under the hammer at a Dorset auctioneers.

A Darth Vader helmet, signed by David Prowse, and a Boba Fett helmet signed by Jeremy Bulloch – both with an estimate of £100-120 – will be two of the lots on sale at Cottees’ Auctions of Wareham on November 28.

Episode VII – The Force Awakens , set 30 years after The Return of the Jedi, comes out in UK cinemas on December 17. Earlier this year, September 4, dubbed ‘Force Friday’ saw The Force Awakens collectables go on sale.

As well as Star Wars’ merchandise, Cottees’ sale will see sci-fi and TV-related lots including a Thunderbirds game from the 1960s, in original illustrated box, and a Danbury mint condition Doctor Who chess set with additional figures. 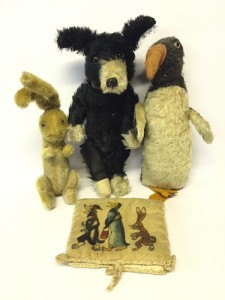 Auctioneer Nell Hilditch said: “If you’re looking for a good Christmas present Cottees will be also be selling a Doctor Who clothing pattern book and Doctor Who cook book, so you can dress and dine just like your favourite sci-fi hero!”

Other auction highlights include ‘Pip, Squeak and Wilfred’ – a group of soft toys from the 1920s cartoon strip which appeared in the Daily Mirror from 1919 to 1956.

The first Star Wars toys from the original film were released a year after the film was out in cinemas. Because the toy company Kenner was surprised at the reaction to Star Wars, it sold kids an empty box with a cardboard display of characters and a certificate to send back to the company to get Luke Skywalker, R2-D2, Princess Leia and Chewbacca. The line made over $100m (£65m) in its first year. The film is responsible for the fifth most popular toys in cinema history after Minions, Frozen, The Marvel Universe and Jurassic World.