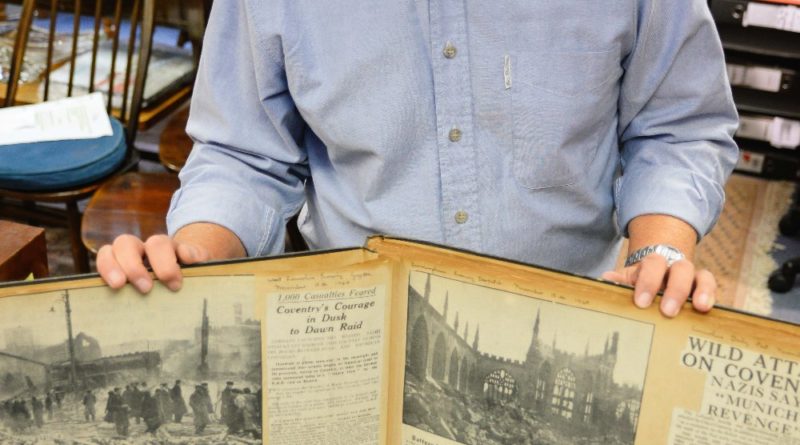 A remarkable archive of material kept from the Coventry Blitz in 1940 is expected to create interest nationwide when it is sold in Hansons Militaria sale on Monday 23 November. 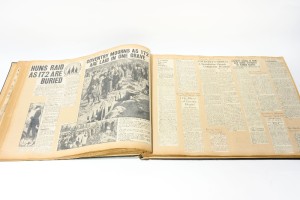 Commenting on the auction, Mr Hanson said, “The archive takes us back 75 years this month, to the devastating air raid which began over Coventry in the early evening of 14 November 1940. Following 11 hours of relentless bombing three quarters of Coventry city centre was destroyed, with 550 people killed on the first night. Targeted because it was a major manufacturing city, its mediaeval centre was largely destroyed. 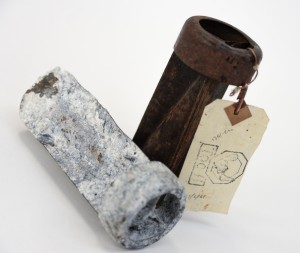 “The archive, put together in around 1940/41, is something rarely seen,” he continued. “It’s remarkable to handle a German incendiary bomb fin which was found in the ruins of Coventry Cathedral, together with parts of old Coventry tramway retrieved from the devastation; following WWII, trams did not run again in Coventry.” 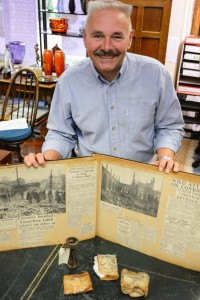 Hansons militaria expert, Adrian Stevenson, said, “The collection would rival that of any archive held by institutions local or national. The scrapbook, which was compiled from 1941 onwards, comprises press cuttings from the period and is a truly unique snapshot of the time of the raid.”

He continued, “Several tangible artefacts are very poignant reminders of the smouldering remains of the city. Remarkably, a collection of shrunken, hardened, parchment scrolls which are 19th century indentures, were recovered from the safe of a Coventry solicitors office – the building had been razed to the ground, and the heat from the fire had fried the parchments. Other items in the sale include gas masks and a wardens steel helmet, and a particularly chilling Luftwaffe aerial map from the year before the raid showing the Daimler works outlined in red, already marked for destruction.”

Charles commented, “The raid on 14th November, 1940, carried out by 515 German bombers, was the most severe to hit Coventry during the war’ and perhaps a local museum may acquire the archive for future record. The collection is certainly going to attract interest from militaria collectors, and we hope the collection, which is being split into approximately six lots, will realise up to £2,000.”