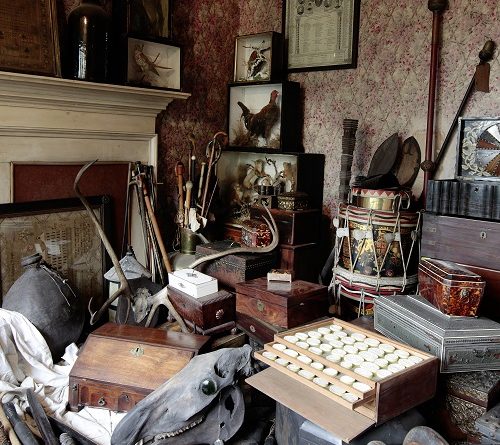 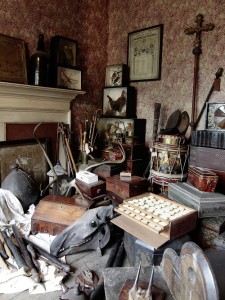 All the magic of an English Country House sale will come to town when Bonhams auctions the selected contents of Hooton Pagnell Hall in London on Tuesday 1 December.

Hooton Pagnell Hall is one of Yorkshire’s most important and oldest country houses with a history stretching back to the Doomsday Book. It has been home to the Warde family for more than 300 years. Over the centuries successive generations have added their stamp and the house is a treasure trove of objects. 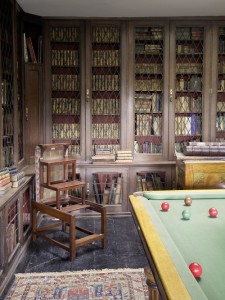 Now the current owner and ninth generation of the family to live at Hooton Pagnell Hall, Mark Warde-Norbury, has decided to sell a selection of the contents. As he explained, “The auction will liberate objects and works of art that have sat dark in cobwebby rooms for many years and enable us to bring the house up to date for current and future generations.”

“This sale has everything you’d expect from an English Country House sale”, said Bonhams Director of Valuations, Harvey Cammell. “An important view of Windsor Castle, for example, by the renowned watercolourist Paul Sandby; a gruesome – and 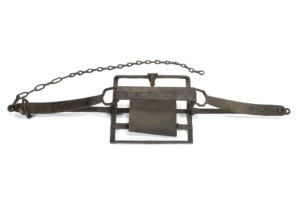 still functioning – man trap used in the 19th century to deter poachers; a truly remarkable Pietra Dura marble chest inlaid with exquisite birds and vases of lilies brought back from the Grand Tour; and correspondence from the Lady with the Lamp – Florence Nightingale – and the Iron Duke himself the Duke of Wellington.”

Among the most fascinating items are letters to the explorer and scientist Edward Wilson who reached the South Pole with Captain Scott in 1912 only to die with the rest of the party on the return journey. The owners had a close association with Wilson through his brother who was the Hall’s estate manager. A poignant letter to him from Julia Warde-Aldam wishing him a safe return, sent after his death but before the news of the tragedy was known, is included in the sale together with rare first editions of the polar expeditions of Scott and Shackleton. 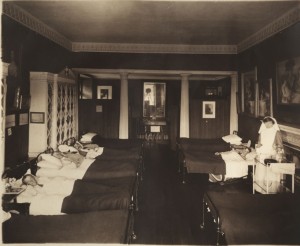 Julia Warde-Aldam was also at the centre of Hooton Pagnell Hall’s role during World War I when, like so many country houses, it was converted into a hospital and convalescence home. Several items in the sale attest to that melancholy period in the Hall’s history none more so perhaps than the crewel work bedspread made for her by a grateful patient with the words: ‘LOVINLY WORKED FOR MRS WARDE-ALDAM BY LK BEGUN IN 1913 FINISHED IN THE YEAR OF PEACE 1919.’ Mrs Warde-Aldam received many gifts at this time including a large stuffed crocodile.

The sale consists of more than 600 lots. It will be held at Bonhams Knightsbridge on 1 December and available to view there from Saturday 28th November.