Bonhams’ recent sale of the selected contents of Hooton Pagnell Hall, one of Yorkshire’s oldest and most important country houses, totaled £1,162,638 in a marathon nine-hour auction. Almost all of the offered lots were sold. 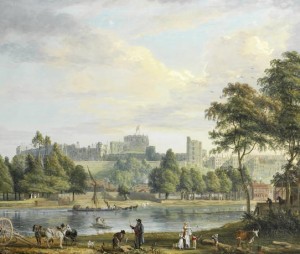 Paul Sandby’s Windsor Castle from the Thames with figures in the foreground led the sale. Smashing its pre-sale estimate of £40,000-60,000, the charming 19th century view sold for £218,500 to a bidder in the room. It is the highest price achieved in 20 years for a work by the British master. The painting bears a striking resemblance to Sandby’s Windsor Castle from the Eton Shore, which is in the collection of Her Majesty the Queen.

Hooton Pagnell Hall, parts of which date back to the 13th century, has been the home of the Warde family for more than 300 years. Successive generations had added to the house’s contents over the centuries and the sale provided an intriguing reflection of changing taste and fashion through the time.

The current owner and ninth generation of the family to live at Hooton Pagnell Hall, Mark Warde-Norbury, had decided to sell a selection of the contents, as he explained, to “liberate objects and works of art that have sat in dark, cobwebby rooms for many years and to enable us to bring the house up to date for current and future generations.” 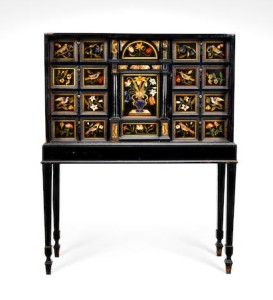 The sale saw a packed room and highly competitive bidding, with many lots selling for well over their estimates. An Italian 17th century cabinet more than doubled its pre-sale estimate of £20,000-30,000 to sell for £56,250 while a pair of famille rose hexagonal vases sold for £19,750, nearly ten times their pre-sale estimate of £2,000-3,000.

Harvey Cammell, Deputy Chairman, Bonhams UK, commented, “The sale of the contents of Hooton Pagnell Hall illustrates the international appeal of the English Country House sale. It has been a huge privilege to work for the family over the last year and deliver such an outstanding result.”