Chiswick Auctions is pleased to welcome Samuel Hill as its Silver and Objects of Vertu Specialist. Samuel is greatly experienced in the area having started his passion for antiques at the tender age of six, with a purchase of an old egg timer during a family holiday to Fife. He later began dealing precious stones online to fund his own hobbies, striking up business deals with mine owners and gemstone cutters in Canada, Brazil and Thailand. 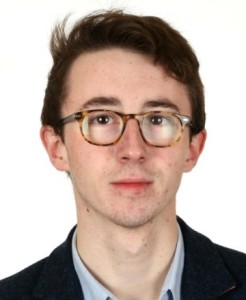 It was at the age of sixteen that Sam found his way to silver and was enamoured by not only its appearance but also the rich history which goes with it.

He gained much experience and knowledge in this field over the next few years by dealing silver and studying the silver of Britain and Russia with a number of leading authorities on the subject. His particular interest is in Russian Works of Art & Faberge, and Sam is currently writing a book on the work of the Silver & Jewellery Artels of Imperial Russia.

After pursuing Music at University College, Durham, Sam moved to London where he gained further experience at Christie’s, and through dealing Silver & Objects of Vertu to an international clientele all around the world. 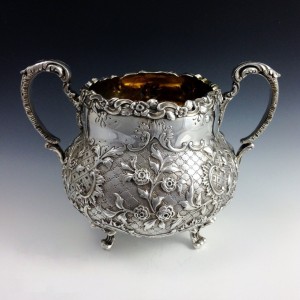 Silver and Objects of Vertu form a very important part of the antique and decorative arts market, with precious metals having been treasured for millennia. Britain has its own very rich history in terms of precious metals, with one of the most recognisable hallmarking systems around the world, dating back to the 14th Century.

Objects of Vertu are not just limited to silver and gold, as the term encompasses any sort of object prized for its craftsmanship and intrinsic beauty. It could be used to refer to pieces such as gold boxes, hardstone carvings, portrait miniatures and more.

The new department at Chiswick Auctions aims to bring a selection of fine Silver & Objects of Vertu from around the world, with a particular focus on British, European and Russian silver, as well as European gold boxes and works by the most famous jeweller in history, Faberge.