With the current interest in vintage items still as popular as ever, Hansons Auctioneers are holding a timely sale of vintage watches in March.

Adrian Rathbone, Associate Director of Hansons, said, “Owning and wearing a watch from the past is de-rigeur and this has resulted in a hungry market place for all manner of vintage watches. It is not just ‘antique’ watches but timepieces from the 1970s, 1980s and even 1990s are now being classed as ‘vintage’.” 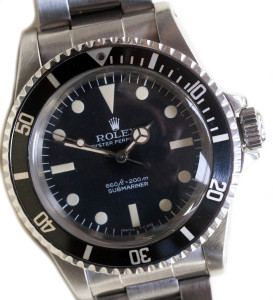 Major watch makers are the most sought-after timepieces, and the sale will include such recognisable names as Rolex, Jaeger Le Coultre, Omega, Cartier, Breitling, Hermes and Patek Philippe. There will also be watches by less well-known makers which, while in great demand, can be a more affordable option, although value is dependent on whether their design reflects the period in which they were made. 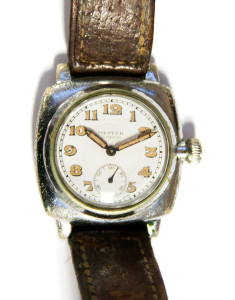 Adrian said, “The golden age of watch design is arguably the 1920s and 1930s when manufacturers embraced the new Art Deco style. Watches such as Jaeger Le Coutre’s Reverso and Cartier’s Santos and Tank models were conceived at this time and display such clarity in design that have become timeless and beyond fashion.

He added that timepieces from the 1940s and 1950s were also very much in vogue. “Rolex’s Junior range from this period are charming and collected in their own right.  Omega’s elegant designs from the 1950’s and 1960’s are as relevant today as they were then.  In the 1960’s with the advent of Omega’s Moon watches and endorsement by James Bond this has further enhanced the collectors’ and investors’ market and ignites the strong prices achieved at auction today.