Art Antiques London is returning to Kensington Gardens in June, from 24th to 30th, taking place in a purpose-built pavilion at Albert Memorial West Lawn, Kensington Gardens, directly opposite the Royal Albert Hall. 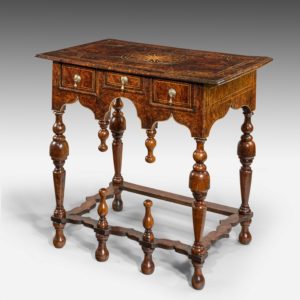 Upwards of 60 international specialist dealers, offering the best antiques, fine and decorative arts, will attend the event from the USA, Israel, Belgium, France, The Netherlands and the UK. They will showcase a mixture of furniture, silver, jewellery, sculpture, antique pottery and porcelain, paintings, Chinese and Japanese works of art and textiles, clocks, books, maps, historic medals and 20th century art and objects.

Some of  the highlights being unveiled include the Hohenzollern Collection of a group of 45 ancient bronze statuettes from the Sigmaringen Castle branch of the family; a silver-mounted Meissen tankard, dated 1745, decorated with a huge spray of European flowers by Johann Gottfried Nitzschner; a pair of exceptionally fine carved glass Edward VII claret jugs with silver mounts, dated 1901; and a pair of Imperial yellow silk monumental wall hangings from the Qianlong period (1736-1795).

Asian works include a very rare Chinese fan painted on paper from the early part of the 18th century; and a late 16th/early 17th century important Japanese Namban sawasa reliquary crucifix, the crucifix dating from the brief decades during which Christianity was tolerated in feudal Japan. Dealer Jacqueline Simcox is bringing a fabulous bolt of Chinese silk brocade with sprays of flowers in brilliant pink and blue silks on a gold ground, c 1900; while on Laura Bordingnon’s stand there will be a Japanese bronze hawk with a silvered body perched on a tree stump by Masatsune, a very accomplished bird artist. 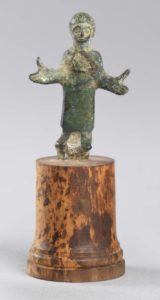 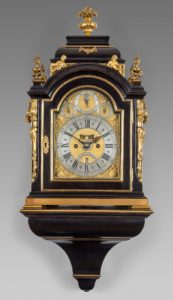 Antique Indian and Oriental jewellery is another highly collectable area shown by two specialist galleries, Samina Inc and Sue Ollemans. Highlights include a very large nose ring in gold and diamonds, rubies and emerald and strung with natural pearls from the 19th century Royal courts from Samina Inc, and a 19th century gold Priest’s ring from Bali from Sue Ollemans. 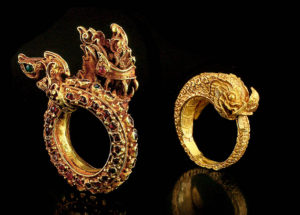 The jewellery stands will again bring some instant glamour to the event, including a fabulous range of Baroque pearl jewellery; Art Deco jewellery, such as magnificent Jabot pin in the form of a parrot by Cartier London in its original green leather box; and a 14 carat yellow gold, ruby, diamond and sapphire money bag brooch by the popular American jeweller, Paul Flato, based in New York City from the 1920s to 1940s.

Art Antiques London is also renowned for its quirky objects, such as an extremely unusual set of spiders in a glazed sealed case, c 1820; an ornately carved mulberry wood goblet and lid inscribed around the base, ‘Shakespeare’s mulberry wood from New Place 1867’; and an extremely rare poster map of London’s Underground, 1932, by Frederick Stingemore, an employee of the Underground. Wine lovers will appreciate a magnificent diamond cut magnum decanter with an engraved crest on the stopper, c1815, which takes two bottles.