As part of a major expansion of the company’s contemporary art team, Phillips has announced the appointment of Cheyenne Westphal as Chairman, reporting to Chief Executive Officer Edward Dolman. She will start in her new role in 2017. 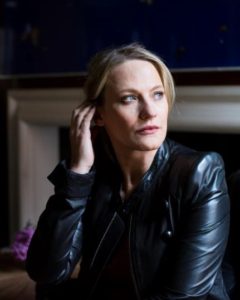 “Cheyenne is regarded by many as the best in the business, and we are delighted that she agreed to join Phillips,” said Chief Executive Officer Edward Dolman. “Her unrivalled expertise, extraordinary reputation and deep relationships with collectors around the world will add even greater depth to an extraordinary pool of talent at Phillips. Working closely with me, she will be a key member of our global leadership team and will partner with Phillips senior executives in Europe, the United States and Asia to develop the company’s global client relationship program, which is focused on world-class services and engagement opportunities for today’s collectors.”

A leading force in the art world for decades, Cheyenne led sales that resulted in world records for Gerhard Richter (Abstraktes Bild, $46.3 million), Sigmar Polke (Jungle, $27.1 million), Piero Manzoni (Achrome, $20.2 million), and Alberto Burri (Saccho e Rosso, $13.2 million), among many others. She also presided over the most successful contemporary art auction in Europe in July 2015, which achieved a record-breaking $203.6 million.

“I am thrilled to join Phillips as Chairman and to work very closely with Ed Dolman, for whom I have enormous respect and admiration,” Cheyenne said. “It is exciting to partner with Ed and to help shape the dynamic vision of the company. Phillips is building a strong reputation as an exciting and forward-looking auction house. There is great momentum at the company—the opening of their London Headquarters was a real coup and Ed has brought some extraordinarily talented experts to the team. My new position is the perfect opportunity to take everything I have learned and the skills I acquired to help take Phillips to the next level.”

Among her many accomplishments, Cheyenne was responsible for bringing a number of single-owner collections to market. She was integral to the success of the now legendary Damien Hirst sale, Beautiful Inside My Head Forever, which raised $200.7 million in 2008. This was followed by the $140 million Helga and Walther Lauffs Collection of Post-War European and American Art. She also won over Count Duerckheim to negotiate the sale of his Post-War German Art in 2011, which raised a record $92.2 million and set many records for German artists.

Cheyenne joined Sotheby’s in 1990 after receiving a First Class Honours Degree from St. Andrews Scotland and studying contemporary art under the renowned Professor Ann Wagner at UC Berkeley in California. Since 1999, she has overseen every major contemporary art auction at Sotheby’s in Europe and was named Board Director in 2002 and Chairman of the Contemporary Art Department in 2006. She was appointed to her worldwide role in 2014.