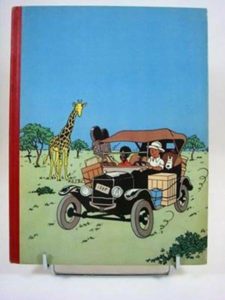 A rare comic book of Tintin has sold for a record-breaking £30,000 on Catawiki.

The album is the first ever to be published in full colour and is also completely free of text.

The comic book, entitled Tintin in Africa, was published in 1948 and is one of just seven known copies of the text-free version in the world. The book has no title on the front and no text in the text balloons within the illustration.

After 68 years, the album is still in almost new condition, making it a valuable collectors delight.