The history of Birmingham’s highly successful pen trade will feature in a special exhibition going on display at the summer Antiques for Everyone fair at the NEC, Birmingham from 21 – 24 July 2016. 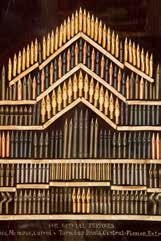 This fascinating exhibition will be presented by Birmingham’s Pen Museum and will celebrate the lives of the manufacturers and workers whose expertise placed the city at the centre of the trade in the 19th century. At the height of pen manufacture, seventy-five percent of every hand-written item in the world was done with a Birmingham-made pen.

The exhibition will also feature a selection of pieces from the Writing Equipment Society that will include a rare silver repoussé snail engraved eyedropper pen hall marked for 1907/8 by Alfred George Harley, Pencil Case Maker of 26 Spencer Street in the Birmingham Jewellery Quarter. While many pens are engraved, either with the owner’s name or as an advertising piece, this Waterman pen from June 1917 was presented to a William S. Silver from ‘The Orphans of New York’. The intriguing story of this unusual piece will be explained as part of the Pen Display. 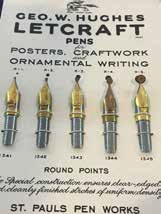 Antiques for Everyone brings together dealers and collectors from across the antiques market. Featuring exhibits totalling more than £10 million, this is a major event for collectors, art enthusiasts, interior decorators and anyone with an interest in the fine and decorative arts.

The fair offers more than 200 specialist dealers, divided between two separate sections, with prices ranging from less than £20 to more than £20,000.

“The fair is internationally recognised as an important event attracting both trade and private buyers from far and wide,” explains Fair Director Mary Claire Boyd from Clarion Events. “We regularly have collectors from across the Far East who come to buy a wide range of Chinese, Japanese, Indian and other Eastern artifacts, from beautiful jade pieces to ivories, ceramics, inlaid furniture, enamels and so much more.”