Christie’s has unveiled a first look at some of the highlights from the upcoming sale of The Private Collection of President and Mrs. Ronald Reagan, the 40th President and First Lady of the United States, which will be on preview and open to the public at Christie’s London from Friday, July 1 to Thursday, July 14. 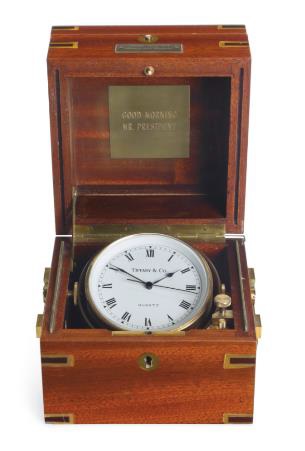 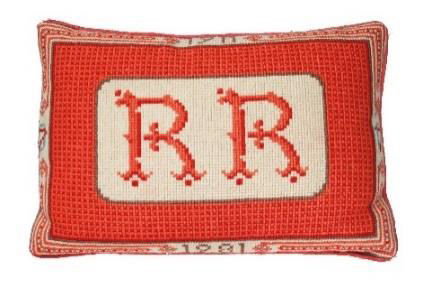 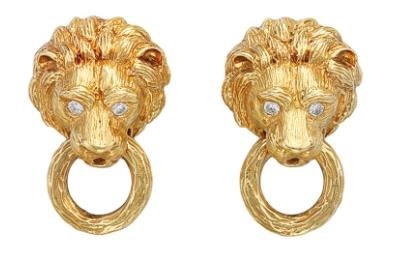 Other highlights include personal mementos with exceptional provenance that are emblematic of the couple’s time in the White House, including a Tiffany American Marine Chronometer (estimate: $5,000-10,000), an inauguration gift from Frank and Barbara Sinatra with engraved plaque ‘GOOD MORNING MR. PRESIDENT’ and dedication ‘January 1981 Love Francis and Barbara’; and a personal gift from Margaret and Denis Thatcher of a Pair of Elizabeth II Silver Beakers (estimate: $1,000-2,000), inscribed ‘With love, from Margaret and Denis Thatcher.’ 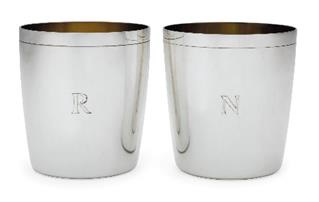 The sale also encompasses furniture, decorative works, books, paintings, sculpture, drawings and prints from President and Mrs. Reagan’s home in Los Angeles, California, which will be on view in New York prior to the sale in September. Decorative highlights include furniture and light fixtures designed by Billy Haines in the ‘Hollywood Regency’ style, monogramed 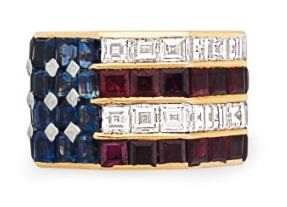 porcelains ornamented with the Presidential Seal, Chinese export ceramics, and personal mementos. Many of these objects from their private collection were used by the President and First Lady during their time in the White House and are designated as such with a green label.

This landmark Collection is slated for sale at Christie’s New York on September 21 and 22, with live and online components, to coincide with Christie’s Americana Week auctions. Per the Reagans’ wishes, proceeds from the Collection sale are designated for The Ronald Reagan Presidential Foundation and Institute. Estimates on individual items will range from $1,000 up to $50,000.