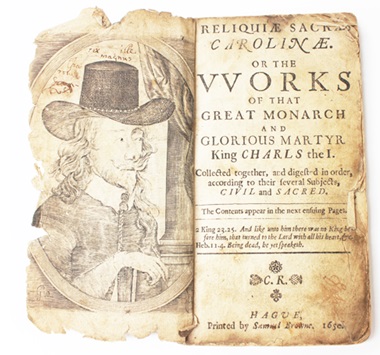 A 400 year-old book uncovered in a box of general household items, is expected to create much interest at Derbyshire auctioneer’s Hansons’ Autumn Fine Art Auction.

The book entitled,  The works of that great monarch and glorious martyr King Charles the I, was published in 1650. Commenting on the find, Charles Hanson, Manager of Hansons Auctioneers, said, “In a time of political unrest, the book celebrates the life of Charles I who was beheaded only a year earlier in 1649. From his coronation in 1625 to his execution in 1649, the king struggled for power with the Parliament attempting to obtain royal revenue whilst it also sought to curb his Royal prerogative which Charles believed was divinely ordained.

“Many of his English subjects opposed his actions, in particular his interference in the English and Scottish Churches, and the levying of taxes without parliamentary consent.” 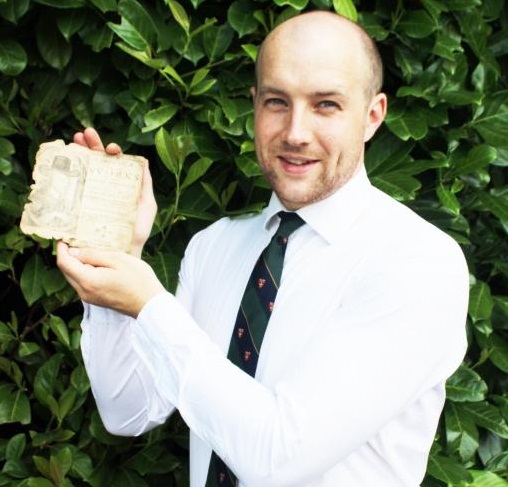 The book consists of Charles’ speeches to Parliament, his ‘messages for peace,’ ‘letters to several persons,’ ‘papers,’ and answers to political and religious pamphlets in the 1640s.

The work is a masterpiece in its expression of Charles’ principles, personal feelings, and prejudices, and by making a martyr of this Stuart king, exercised a considerable influence on English history.

Charles said, “It is often remarked had it appeared a week sooner, it might have preserved the King. It very quickly ran through over forty editions. So marvellous was its effect that contemporary authorities declare that nothing but the Government’s ingenious and persistent condemnations of the work prevented an immediate restoration of the crown”

Following the Civil War from 1642 and the rise of Oliver Cromwell’s republic known as the commonwealth of England from 1649, the monarchy was eventually restored to Charles’s son, Charles II in 1660.

The book is expected to make up to £200-300 when it is entered into Hansons Fine Art Auction on Friday 7th October.